What’s Not to Love 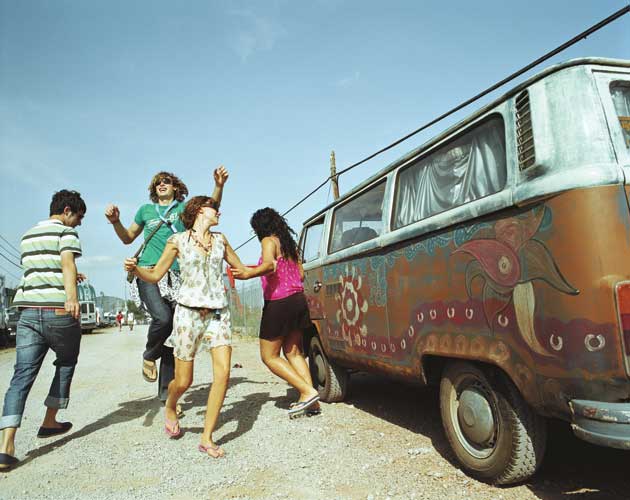 I was born smack in the middle of 1967’s fabled Summer of Love, and though I dodged a drippy given name like Moonbeam or Manna, I can claim baggage monogrammed with the world’s grooviest initials: LSD. Now, the hippie business at Haight-Ashbury and even Rochdale was but a hazy newsreel for my mother, who was a matching coat-and-dress-wearing kind of proper pillbox lady. She definitely did not drink the Ken Kesey Kool-Aid, and my handle was fully accidental. Everything I know about hippies I learned from the movie Hair and photos of Talitha Getty swanning stoned around Moroccan rooftops in Saint Laurent caftans.

So I found another woman with initials relevant to that free-lovin’ summer to talk about the sexual revolution: Toronto party promoter Val Dooley, who used her own handy-dandy initials “VD” to get elected social director of her Toronto nursing sorority in the Aquarian age: “Don’t fight Venereal Disease, Vote Val Dooley!” was her slogan.

Now 61, and the voice behind her online social site Parties Without Borders, Dooley remembers the over-ended moment that shaped her life. “Hitchhiking, be-ins, bra-burnings, festivals, free love and sex. We were the revolution,” she says, detouring off into a Beatles riff. “It was a moment of camaraderie. We walked around flashing peace signs at each other and hooked up without hitches. There was unity in anti-establishment sentiment, experimentalism and psychedelics.”

Des Barres also slept and told with a solid-gold roster including the Jimmys Page and Hendrix, Waylon Jennings and Keith Moon. Des Barres says she came of age “in the right place, at exactly the right time, Los Angeles in the halcyon ’60s.” What I learned from her was about her resilient wit: she generally got to sleep with rock stars because she was fun and carefree, and she sums up her impatience with inflamed tsk-tskers thus: “When uptight women on talk shows chided me for being too free-spirited and sexually open, I told them I was sorry they missed out on the good times and didn’t get to sleep with Mick Jagger.”

For those of us who are not rock stars, supermodels or plucky groupies, there is apparently a raging “poly-friendly” community on the website okcupid.com that keeps the dream alive in the middle-aged burbs. Power to ya, kids!

Looking back today, Dooley says, “I feel a certain sadness about the loss of innocence. Our children are so restricted now.” But she herself has not rolled up her shingle. “My world view was formed in the ’60s, and it is still a part of me. Now, if I go out with some guy 20 years younger than me, people will go, ‘That’s disgusting!’ And I just say, ‘What planet are you on?’ ”