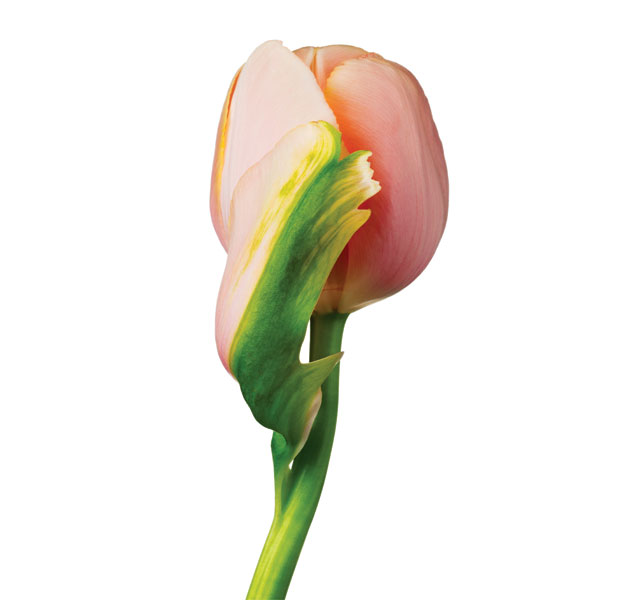 Celebrate spring and bring the season  into your home with these easy expert tips for simple, stylish arrangements.

“A rose by any other name would smell as sweet.” When the fair Juliet, in the bloom of her youth, spoke these words about her Romeo, she may have not realized the profound notion behind this now well-worn sentiment: a name is not necessarily a definition. In the world of flora and fauna, there are many species that may look like one thing but have been defined as something else. Take, for example, the awkward-sounding yet delicately formed Ranunculus.

“It’s my favourite spring bloom,” says Rosemary Little Jeffares, the fittingly monikered owner of Toronto’s Quince Flowers. “It’s also known as ‘spring rose,’ yet it looks like a mini-peony: multi-petalled, round shape, full — and it gets fuller and lovelier as it ages.”

Little Jeffares appreciates the ready availability of the flower and the singularly beautiful statement that its blooms can make. She uses them to bring a little bit of the outdoors in during the early season. “They are so simple to arrange,” she says. “Get a dozen or so long stems and enjoy them in a tall vase at the beginning of the week. Use the latest ‘flower knot’ [a nest of clear tubular acrylic that nearly disappears in your vase and is available at florists] to arrange them, or try a single hydrangea bloom as an armature to support and separate the blooms.”

Little Jeffares suggests cutting the Ranunculus down at the end of the week and clustering them in a vintage jug or creamer. “I like to add a little greenery at this point, picked off a houseplant such as rosemary.”

Speaking of houseplants, their natural air-cleaning ability and fresh hit of green have put them back in decorator vogue. But think outside the pot for spring pre-potted bulbs, such as tulips, daffodils or hyacinths. “Shake off the soil, then rinse the roots off under running water, being careful to catch the earth in a sieve,” suggests Little Jeffares. “Put the bare bulbs in a short tank vase with stones to secure the roots, and fill with water to cover the roots.”

Or pair the bulbs with what this florist considers the current stars of the floral world: Asian orchids. “They just keep getting better and better in terms of variety and colour,” says Little Jeffares. “I love to mix them with spring flowers.” Another favourite, she says, is the green hydrangea from South America, which can be found at florists. “The bright green makes other colours pop. They do double duty as foliage and flower and have real longevity in arrangements.”

Double duty? Like the love of Romeo and Juliet, some things in nature just defy definition.