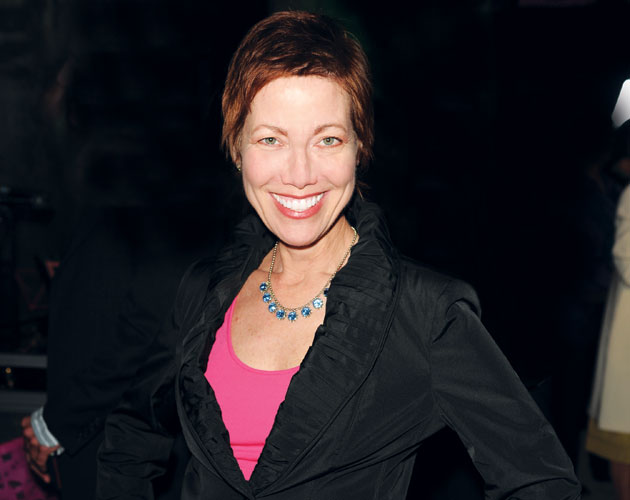 I can hardly believe it’s over. I’ve just finished my last treatment. It’s been 11 grueling months — starting with horrible tests to confirm the diagnosis of pancreatic cancer, followed by chemotherapy, surgery, more chemotherapy and radiation. The latter was an add-on, in case any rogue cancer cells were hiding. I was happy the doctors came up with this idea — I needed the reassurance of doing something extra.

There’s no conclusive evidence that getting blasted with high-energy X-rays five days a week does any good in my situation, and it can cause harm. So the doctors issued a barrage of warnings about how sick it could make me — nausea, diarrhea and fatigue for sure, possibly even a bowel obstruction, which can be fatal and, my personal favourite, the risk of a secondary cancer 20 or 25 years down the road. I spend a lot of time with doctors and appreciate it when they have a sense of humour.

The fact is I’d take just about anything if I believed it would cure me. The drugs that could do that may be out there. They’re called PARP inhibitors, and they are the most promising therapy on the drug horizon this year. The problem is they’re still experimental, and I literally would not be able to get them to save my life — not that they would necessarily save my life.

It’s a familiar debate and a thorny ethical issue. How do you balance the requirements of stringent scientific testing versus the needs and hopes of desperate patients who don’t have time to wait out the process? And how much of the excitement around a new therapy is just hype? It is frustrating and tantalizing and has all the makings of an obsession.

“Am I losing my mind?” I asked my friend Eithne after another breathless recitation of my latest research on these drugs. “I’d tell you, but it’s not as though you don’t talk about other things,” she answered. “But I talk about it a lot,” I said.

Dr. Eric Winer, breast cancer chief at the Dana-Farber Cancer Institute in Boston, reportedly said, “These are some of the most exciting results we have seen in a long time.” He was speaking to the American Society of Clinical Oncology at their annual meeting in late May. PARP inhibitors work by preventing the DNA in cancerous tumour cells from repairing itself after it’s been damaged by chemotherapy.

These results are from a trial involving women with a very deadly form of breast cancer. After taking PARP inhibitors and receiving chemotherapy, they lived a mean of 9.2 months, compared to 5.7 months for women who didn’t get the drug.

I don’t have this disease, but some of the other PARP trials involved women like me with mutations of the so-called breast cancer genes BRCA1 and BRCA2. These mutations cause other cancers, especially ovarian, but not as often. Pancreatic cancer, which I have been battling, is well down the list, so testing PARP inhibitors on pancreatic patients is not a priority.

The thinking is that the BRCA1 and 2 genetic mutations prevent our DNA from repairing itself, which is why we could get more cancers. But the cancer cells also have the mutation, so they are vulnerable, and the drugs should be able to target and kill them.

There’s fair bit of hoopla around all this. I’ve heard it being called a wonder drug. One of ASCO’s spokespeople, Dr. Julie Gralow, who specializes in breast cancer at the University of Washington and the Fred Hutchinson Cancer Research Center, told me the hope is one day PARP inhibitors will be used preventatively, so people at risk never get sick. If all goes well, they will be used at earlier stages of the disease or to prevent a recurrence. Right now, these drugs are only being used for advanced cancer, after all else has failed.

My doctor, Malcolm Moore, who heads up onco-logy and hematology at Princess Margaret Hospital, says PARPs are a genuine advance. He explained this is the first time scientists have been able to show concrete results in a clinic using this type of approach. The studies proved PARP inhibitors can help people live longer by affecting the ability of cells to repair DNA damage. But “you can’t call it a miracle when a group of women with advanced cancer live four months longer,” he said. “It would be a miracle if you took women with advanced disease and made the cancer go away.”

Was this a gentle reminder that I’m lucky enough to be in the latter category right now? I know. I’m grateful. But I’m only a scan or a blood test away from joining the other group. From where I sit, it’s hard to tell if harnessing my hope in a pill is sad or sensible.