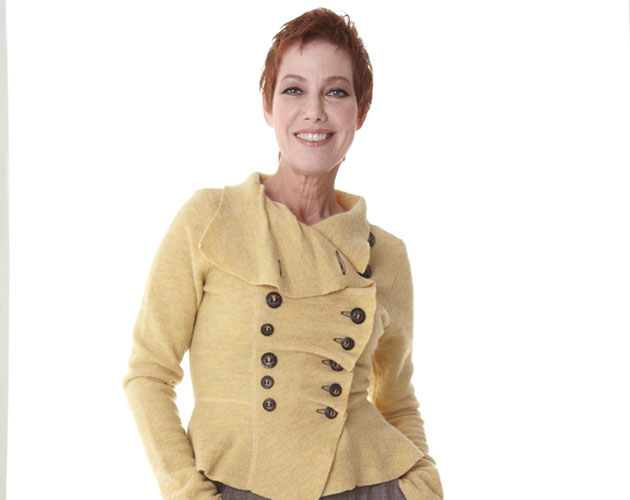 It’s been a surprising source of joy over the last year. I took on two new volunteer assignments. I’ve written about Team Zoomer’s efforts for The Weekend to End Women’s Cancers. I also joined Pancreatic Cancer Canada (PCC) – the only national foundation devoted to raising money and awareness for this very deadly disease. As organizations, they couldn’t be more different. The Princess Margaret Hospital Foundation, which runs the Walk, is a professional body with a corporate culture. PCC is a fledgling charity run by volunteers – specifically Betty Aldridge and Laurie Ellies, two wonderful, devoted women who work tirelessly and have raised more than half a million dollars in five years, basically working from their basements. What these two organizations have in common is that they have given me the best volunteering experiences I’ve ever had.

I have a deep personal connection to these causes – and this time, the jobs I’ve taken on are perfectly suited to my skills and temperament. But it’s more than that. It’s my time of life. The desire – and the time – to help others increases as we age. Here in Canada, the numbers tell the tale: nearly half of all baby boomers volunteer, making us the most engaged cohort in the country. It’s a chance to give back – and also to get back to the idealism of our youth, since so many of us deferred saving the world to make our way in it. For Zoomers who’ve retired or been downsized, volunteering is also an opportunity for re-invention.

Still, Volunteer Canada – a non-governmental agency that dubs itself the national leader on volunteerism warns that “volunteerism is at risk of eroding.” In the U.S., there’s been a lot of research on how to attract and retain volunteers from our generation. The conclusion: we need meaningful volunteer work, just as we do in our careers, and we need to participate at every level.

“Don’t be alarmed when your boomer volunteers resist authority, talk back or question how things are being done,” writes Joanne Fritz, PhD, author of the Nonprofit and Charitable Orgs Guide at www.about.com. She also cites a Canadian study that found that two-thirds of volunteers had at least one negative experience while trying to do good.

That’s happened to me. About a year ago, I resigned from a cultural board I worked on for seven years after a string of disagreements with staff members. Sometimes the problem is that you just don’t feel you’re making a difference. While I was still a business reporter, I joined another board on the understanding that I would not approach corporations (which I might have to cover) for donations. The executive accepted that condition, but making the “ask” was what they really wanted from their members, and the result was I didn’t do much of anything.

When Princess Margaret approached me about raising a team with everyone doing their own fundraising, I thought: “I can do that.” It’s a soft sell – the solicitation goes by email, and contributors give what they want – I never ask for a particular amount. Watching those donations roll in is better than getting birthday presents, and since most of them are relatively modest, I’ll be able handle it when my supporters ask me to contribute to their causes. The effort was also about exercise and team building. We raised more than $76,000. I have to give my company much of the credit – the support at work was enormous. Thankfully, that’s not unusual, Volunteer Canada says 73 per cent of businesses either support or accommodate employee volunteering.

One of my doctors casually mentioned PCC, and I approached them after I finished my treatment. One reason this cause gets so little attention is that there are almost no survivors to tell the tale. I signed on as a spokesperson, and we were able to get some media exposure. The results were amazing in terms of increased profile and monthly donations. I was surprised and thrilled – I don’t think I’ve ever done anything that reaped results so quickly and easily. So I joined the board. We’re committed to taking our organization to the next level.

As for the Walk, I’ve already been informed that organizers expect me to top last year’s performance. Bring it on!