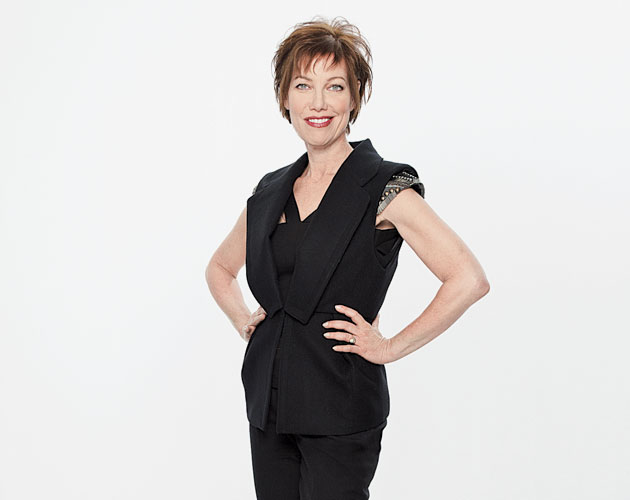 One hundred and twenty storage boxes and two large cardboard wardrobes, and that’s just the stuff from the second floor, the things we had to pack up while we renovate. We took another 20 boxes and our clothes to our temporary home. All that stuff, even though it’s fully furnished and equipped with dishes, towels and sheets.

Did I mention how much we threw out? It was frustrating to go through 17 years of paper and books that had piled up in my home office, but it felt fantastic to fill garbage bags and recycling boxes. “It’s all books, magazines, old newspapers you haven’t gotten around to reading,” my brother said. “I clear out my stuff once a year.”

My problem is paraphernalia that accumulates while I never get around to dealing with it. I attempt it every few months but never finish. My husband, Doug, blames me for the entire catastrophe, but he’s no slouch in the paper-keeping department. He hangs onto keepsakes like concert programs, and he’ll keep a magazine until he’s read every word in it. He chided me for holding on to multiple copies of this magazine — for which I write — then hesitated before letting me throw out a stray 2006 issue of Foreign Affairs.

“We hang onto things because we think they are valuable,” says Dr. David Direnfeld, clinical director of the Centre for Cognitive Behaviour Therapy. “There’s some anxiety when it comes to getting rid of them, so instead of experiencing that, we just hang onto them. As we continue to do that, we hang onto more and more things.”

Direnfeld says it feels so good to throw things out because it gives us a sense of being more in control. For me, it was most satisfying to throw out some of the paper I accumulated while I was being treated for pancreatic cancer. There were printed lists of chemotherapy drugs and their side effects, and messy scrawled emergency numbers with names of on-call doctors and nurses. I wrote those while I was in bed and in pain. Just touching them made me feel sick and took me back to a place I never want to return to. We’ve postponed this reno three times — the last delay came when I was diagnosed in the summer of 2008. We’re moving forward, and the new space will be an important part of that — bringing more order and serenity to our lives.

It’s harder to let go of things with good memories. For instance, going back to school in retirement was one of my parents’ proudest accomplishments, and I’ll always treasure their graduation pictures. But I finally purged their notes and term papers, which have been sitting in my office since the early ’90s. I hadn’t even read them once. As for my own student scribblings, which I haven’t looked at in 30 years — I had to keep them. I could hear my mother’s voice:  “It doesn’t have to pay rent,” she would say when deciding against throwing something out.

It could be worse. There are only two of us. I don’t envy people downsizing from family homes. “Three of my boys may have left home, but their stuff is all here,” my friend Anne-Marie told me. She’s planning to move back to Toronto next fall after a five-year stint in the U.S. That sorting job will be worse than the one I just finished.

It’s ironic. One of the prime purposes of this renovation is to give us more easily accessible storage space. But I am determined never to let so much junk accumulate. I became ruthless as the contractors’ start date approached. The press passes from some important events I’ve covered made the cut. Some of the tchotchkes didn’t.

“Remember that French Foreign Legion-style kepi hat from Larry Grossman’s 1985 bid to lead the Ontario Progressive Conservatives?” I asked Doug, bursting with pride. “I threw it away along with that ugly acrylic John Turner scarf from his leadership review.” He was incredulous. “You threw that out?” My brother was also unimpressed. “I would have kept the Turner scarf.”