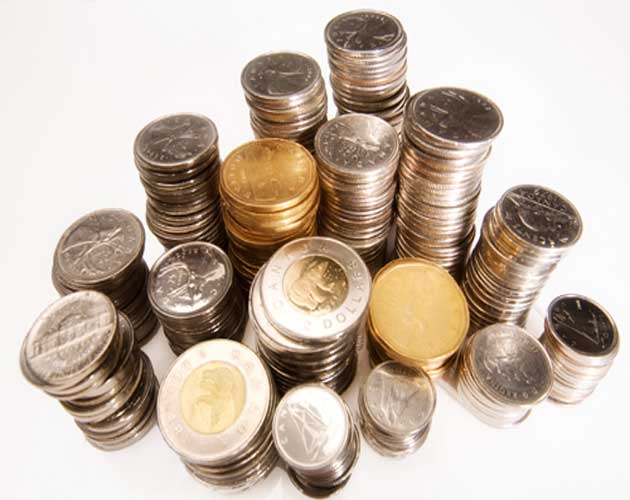 What are we going to do about Canada’s looming pension crisis? Most experts agree that it’s real and that unless something is done more seniors are going to end up living at or below the poverty line as the years pass. The problem is there is no real consensus about what to do to fix it.

The federal government tried to put a Band-Aid on the issue by introducing pooled retirement pension plans (PRPPs), which I wrote about in the December/January issue. The response has been underwhelming, to say the least. Although the legislation was given royal assent last June and the regulations issued in December, the only people in Canada who currently have access to PRPPs are residents of the Northwest Territories, Yukon and Nunavut as well as employees of companies under federal jurisdiction in such fields as banking, telecommunications and interprovincial transportation.

In the pivotal province of Ontario, Finance Minister Dwight Duncan dumped on the whole idea of PRPPs in his September budget speech. Instead, he renewed his government’s call for an expanded Canada Pension Plan (CPP), which had previously been shot down by Ottawa.

Since then, federal Finance Minister Jim Flaherty has reluctantly agreed to revisit the idea of expanding the CPP, but if you sense some foot-dragging on his part, you’d be right. Ottawa is extremely reluctant to impose higher payroll taxes on Canadians at a time when the economy is weak and job creation is a priority.

This year, the maximum CPP contribution for an employee is $2,356.20, and that amount has to be matched by the employer. Self-employed people pay the whole shot themselves: $4,712.40. Granted, the contributions are tax-deductible, but the net cost for each working person is still several thousand dollars a year. Mr. Flaherty and the Harper government seem to feel that adding to that financial burden by raising CPP limits would be a job killer.

As currently structured, CPP only pays about 25 per cent of pensionable earnings. The maximum annual pensionable earnings for 2013 is $51,100, while the maximum retirement benefit payable to a 65-year-old this year is $1,012.50 a month or $12,150 a year. Many experts and seniors’ advocacy groups, including CARP, say that is not enough and are pressing Ottawa to take action.

So what is the answer to the current impasse? I recently received a thoughtful email from Master Cpl. Kelly N. Carter, CD, PCP, a 29-year member of the Canadian Forces in human resource management and financial support, based in Edmonton. He said he had read my Zoomer column on PRPPs, and that prompted him to do a lot of thinking about the pension conundrum. He has come up with an interesting idea for solving it. I’ll let him explain in his own words.

“As a Canadian taxpayer who has been paying into the CPP since I was a teenager, I feel the CPP will always be there for me and is safe. I would, without hesitation, pay into and support a ‘Cadillac’ Pension Plan run by the Government of Canada. I like the marketing name of Canada Premium Pension Plan (CPPP), which the marketing gurus would eventually call P3.

“I would make this P3 100 per cent funded by Canadian employees, taken at source from payroll deductions with CPP. I would not cap it at the annual CPP maximums but rather let it run until the last payroll each year. I would send out annual reports to Canadians on the P3, showing them their rewards of a hypothetical monthly income with CPP and P3 combined at age 65. I would love for all those P3 contributors to show off and brag about their new projected monthly income as opposed to the average CPP retirement income, which would eventually lead to more Canadians enrolling in the P3 Cadillac Pension Plan.

“I suspect that the majority of Canadians would entrust their payroll income to a Premium Canada Pension Plan, professionally managed by the Government of Canada.”

This is an intriguing concept. Some critics will immediately dismiss it because it would not be compulsory, but they should think carefully before doing so. By making the plan voluntary and financed only by employee contributions (which would of course be tax-deductible), the job killer stigma attached to expanding the CPP would be eliminated. That should make it more acceptable to Mr. Flaherty and his government, which would encourage faster action.

Having the extra contributions managed by the government (in reality, by the Canada Pension Plan Investment Board) is another smart move. The Board (known as the CPPIB) has been extremely effective in looking after our money. For the decade ending Sept. 30, 2012, CPP’s investments earned an average annual rate of return of 6.7 per cent. That’s an excellent result when you consider that the period includes the crash of 2008-09. The CPP’s chief actuary says the fund needs a real rate of return of four per cent after inflation to meet its obligations. The CPPIB has been exceeding that.

Moreover, the cost of managing CPP assets is much cheaper than entrusting them to a private company. Based on the numbers contained in the 2012 annual report of the CPPIB, I calculate the management expense ratio (MER) was about 0.8 per cent, including operating, transaction and external management fees, all of which totalled about $1.3 billion on a portfolio valued at $161.8 billion. By comparison, very few privately run equity mutual funds with active management have a MER of less than two per cent. However, it should be noted that the CPPIB holds investments that are not found in mutual funds, including private equity positions, infrastructure projects and real estate.

Master Cpl. Carter’s voluntary premium CPP is not the ideal answer to the pension quandary, but it is a useful addition to the national discussion and could provide a way to expand public coverage sooner rather than later. The way things are shaping up, we need something other than PRPPs, which could end up being marginalized by the provinces’ inaction to support them.

Every Canadian has a stake in this so I invite you to join the discussion and send along any ideas for improving the CPP that you may have. Email them to [email protected] and write “CPP comment” in the subject line. I can’t guarantee a personal response but I’ll publish the best suggestions in a future column.

Gordon Pape’s new books, Money Savvy Kids and a revised and updated edition of Tax-Free Savings Accounts, are now available in bookstores and through online retailers.