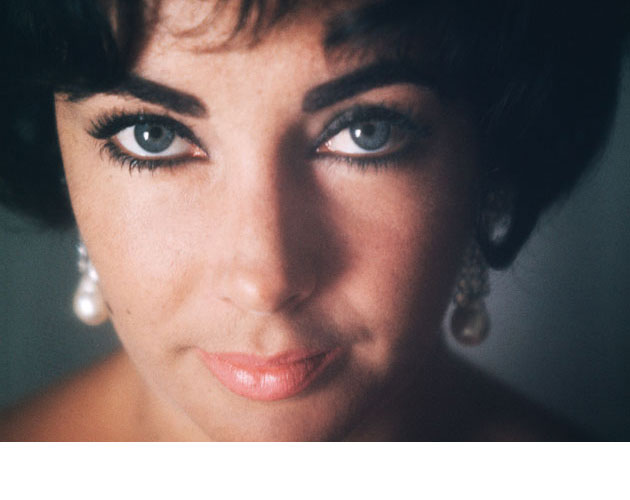 This issue celebrates two firsts for Zoomer. For starters, it’s the first time that we’ve chosen a nostalgic portrait for our cover – that of Elizabeth Taylor whose name is synonymous with classic Hollywood glamour and a steely resilience that saw her battle serious health problems throughout her career before she passed away in 2011 at 79. It’s a stunning portrait taken from a sitting by a young Canadian photographer, Douglas Kirkland, in June 1961 for Look magazine. Her tracheotomy scar from an emergency procedure due to pneumonia that left her unable to breathe during the filming of Cleopatra in Rome is clearly visible.

And, of course, this is the fateful film during which her incandescent lifelong love affair with her co-star Richard Burton began, which brings me to our second first: this June issue (in case you were wondering, the month takes its name from Juno, goddess of marriage and a married couple’s household) marks our first-ever wedding report – a three-parter. Given Ms. Taylor’s famous or infamous belief in the institution of marriage –  she wed Burton twice and walked down the aisle with six other men – the icon and this cover make a perfect pairing.

Our cover story, “When Liz & Dick Got Married” by Hugh Brewster (page 54), which reads as effervescently as a celebratory glass of Champagne, recounts the events in Toronto leading to the couple’s first marriage and the hoopla surrounding the wedding ceremony at The Ritz Hotel in Montreal. (Watch Hugh Brewster discuss Liz and Dick, the greatest love story of the 20th-century.)

This being Zoomer, we bring our own focus to the subject, so in keeping things relevant to our readers’ lives, we’ve chosen to focus on men and women who are walking down the aisle for the second, third and, yes, even the eighth time. By the millennium, about 10 per cent of Canadians had married twice, and approximately one per cent had married more than twice. I could wager that most of them are among romantics of, ahem, a certain age. After all, one of the benefits of longevity is the chance for a do-over or two – or three – with a new partner and hopefully get it right. Or build on memories of a happy union with a new one, if one is a widow or widower.

In “The Marrying Kind” by deputy editor Kim Izzo (page 62) – herself heading toward ceremony No. 2 – we look at the hows and whys of serial spouses and the new mores of the wedding. And because women of a certain age are over the Bridezilla phase, we offer up some fanciful wedding-friendly fashion ideas to consider for the big day and the rest of the summer, whether you are the bride or not.

Of course, getting married more than once does signify a person who doesn’t give up easily. But marriage is not the only aspect of a life worth living. Keeping active and fit is another way to ensure we are fulfilled, healthy and mentally fit as well. The athletes in “Game On” (page 68) are proof positive that being engaged – get it? – in our lives is within each of our grasps. For as Ms. Taylor said, “I’m a very committed wife. And I should be committed, too – for being married so many times.”