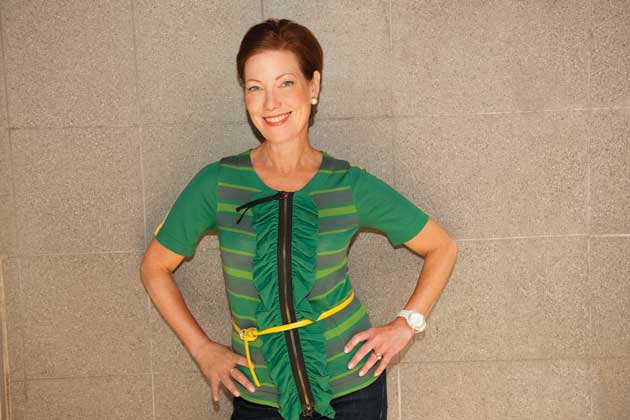 It’s almost a year since our kitchen was renovated – a year that I’ve spent blissfully cooking. It’s not something new – I have always loved making food – but it’s gone from a pastime to an obsession. After 20 years, we knew exactly what we wanted in a kitchen, and it’s lovely now that there’s a place for everything, and I don’t have to sit on the floor to get at some of the larger pots. There’s a professional-quality range, which makes possible some things we had to go out for, like a perfectly grilled whole fish. But there is more to my passion than better toys and a nicer space. And oddly, it seems that as I become more devoted to culinary pursuits, the people in my circle are less and less interested.

Some of our friends actually step back from cooking when their dream kitchen is finished. There’s something almost poetic about that. The space is perfect, and they don’t want to mar its pristine beauty. Or it suddenly seems like too much trouble. My friend Peggy, a great cook, confessed that since she and her husband moved to their fabulous new condo, they usually rely on the gourmet take-out near their building. It’s not that they’re busier; it’s just that their lifestyle has changed. It’s the same for other Zoomers who’ve given up cooking their own meals – their kids have left or their partners have; suddenly it doesn’t seem worth the effort.

Of course, for many younger people, cooking never was part of their lifestyle. I know more than a few stay-at-home moms who just pick up prepared food when they’re on the soccer or the ballet lesson run. They can afford it and don’t give it a second thought. They probably never even learned to cook – though I don’t buy that. Anyone who wants to can cook.

With obesity and diabetes reaching epidemic proportions, we all know the dangers of relying on processed foods.  In his book Salt Sugar Fat: How the Food Giants Hooked Us, journalist Michael Moss explains how industry scientists combine these three elements, which essentially act like drugs, to hook consumers the same way the cigarette industry hooks smokers on nicotine.

And the evidence on the benefits of eating healthy keeps mounting. A recent study in the New England Journal of Medicine found that an incredible 30 per cent of heart attacks, strokes and deaths from heart disease can be prevented in people at high risk if they switch to a Mediterranean diet. The study participants didn’t lose weight, but the health benefits were so startling, the trial, which compared three different diets, was halted early. Of course, the best way to make sure you’re eating that diet – which is rich in olive oil, nuts, beans, fish, fruits and vegetables – is to cook the ingredients yourself.

The other big irony is that the less cooking people actually do, the more they watch. Reality cooking shows are now popular mainstream viewing, and chefs are huge celebrities. I have to admit I sit through hours of these offerings, though they are essentially junk food for the brain. But if watching is a substitute for doing, it hasn’t affected me that way.

My dinner prep starts before I leave work. I Google the ingredients I have in my pantry if I haven’t already seen an interesting new recipe. I get at it as soon as I walk through the door. My husband says my enthusiasm prevents him from cooking as much as he would like, even though the kitchen is set up for both of us to work at once. I began to wonder if my eagerness to cook is filling some kind of void. It turns out it probably is.

It came to me when I heard husband and wife physicians Carrie and Alton Barron discuss The Creativity Cure at the ZoomerLife Conference last fall.  They argue that creative expression can ease depression and anxiety and hold the key to long-term happiness. They have detailed steps for achieving this: you have to get to know yourself better, move your body, let your mind wander. I do all those things, and my job is creative to begin with. But it lacks the most important element in the Barrons’ prescription: using your own two hands. They see the hands as the window to the mind and say that using them is the key to changing your mindset and enhancing your well-being. When I read their work, I realized that cooking is the only thing I do with mine. Aside from that, the old Yiddish insult about “having two left hands” (with apologies to southpaws) describes me perfectly. So it’s no wonder I crave the activity as much as the tasty results.

Now if only I could quit watching those cooking shows and do something creative with that time!