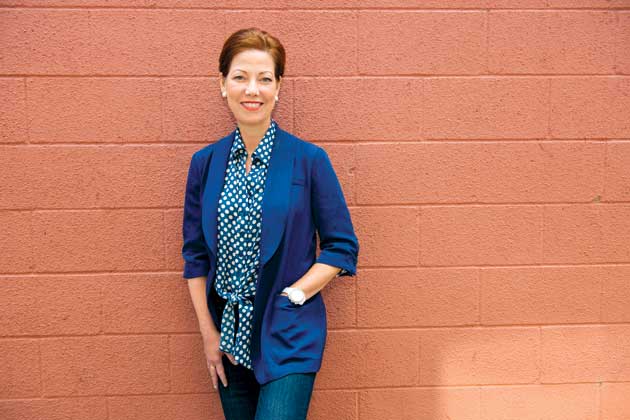 It made we wonder what I would do. How would I react if one of my friends was diagnosed with Alzheimer’s disease? Rather, how will I react when that inevitably happens? I hope I’ll do better than some of the people Elizabeth Allen thought were her friends. As if the diagnosis wasn’t devastating enough, Elizabeth wasn’t prepared to be summarily dropped by some of the people in her circle or for the way she was treated by some who still came around.

“It just blows my mind that people have an image in their heads of the late stages and (think) all Alzheimer’s people must fit that image as soon as we’re diagnosed,” the 72-year-old former corporate computer instructor told me. “Overnight, we become illiterate, irresponsible. We can’t make decisions, and they don’t want to know us anymore.” Elizabeth has had a lot of time to think about this. She was diagnosed more than six years ago in 2006 and, because of early diagnosis and treatment, she still can function quite well.

She’s very articulate and when you first start talking to her, you’d never know there was a problem. It turns out that, too, is a problem. Because she is still able to verbalize, people tend to minimize or dismiss her predicament. They tell her they too have been known to put their car keys in the fridge or completely forget a purchase they put in the closet. They tell her that nothing is wrong with her. “I don’t think it’s fair that I was diagnosed with an incurable disease, and my brain is dying, and it’s being dismissed,” she says. Elizabeth understands that these people are trying to make her feel better. “If I had cancer, they wouldn’t be doing that.”

The fact is Alzheimer’s disease is affecting Elizabeth, but she has some good coping strategies. She lost her train of thought when she was starting to explain that it’s hurtful when people compare her to those in the late stages of the disease. It was about four minutes into our conversation. “Can I stop for a minute. I get a little confused,” she said. I prompted her with her last response, and she started again but didn’t get very far. Then she told me she types notes on her computer, and she would like to read from them to remember where she was going with this sentence. Of course, it was no problem. We were on the phone, and she read her notes so naturally that I would never have known the difference if she hadn’t told me.

Alzheimer’s hasn’t blunted the memory of the more hurtful reactions from people who were close – people she thought were close. Imagine someone saying this to you or a loved one: “What’s the point of talking to a person with Alzheimer’s? They won’t remember anyway.” Elizabeth thinks this person was probably trying to be witty. But she hasn’t heard from him since.

She believes that even people who have stuck with her don’t take her seriously anymore – that they don’t respect her opinions on anything because they think her judgment is already gone. She wants us to know that it isn’t – at least, not yet. And she is still sufficiently self-aware to understand that not all these losses can be blamed on others. Elizabeth was angry at everyone and everything when she was diagnosed. Anger is a big part of the Alzheimer’s experience. She would try to do something she’d been doing for years and wouldn’t know how. “When there’s frustration, there’s anger,” she explains. “When we miss appointments, when we’re not where you’re supposed to be, when we forget things, when we can’t focus on a lengthy conversation.”

It took Elizabeth time to accept herself with Alzheimer’s and to come to believe that she is still someone worth knowing. “I thought people didn’t understand, and I was right in some cases. Those were the people I lost,” she says. There are others who stuck with her. They are the ones who are still with her now and hopefully will remain for the long haul.

Elizabeth finishes this thought eloquently, but then she says: “You have to tell me what your question was again.” She laughs heartily. But I don’t have to remind her of anything. Elizabeth has answered my questions fully. And hopefully I can now answer the one I asked myself: I’ll be there if and when a friend is diagnosed with Alzheimer’s.