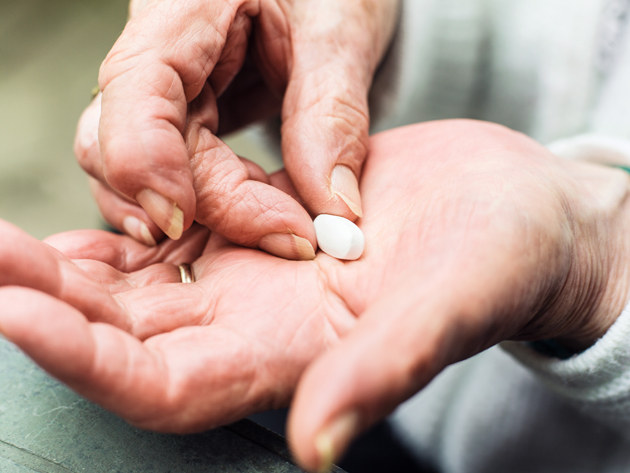 The senior demographic is surging faster than any other age group in Canada. There are about twice as many centenarians as there were just 15 years ago. And fifteen years from now, almost one in four Canadians will be a senior.

So what does spending look like in a society where a quarter of our citizens are enjoying their autumn years?

“The population aging has been shown in research to be not the major driver of the increase of health-care costs,” says Dr. Janet Fast, co-director of research on aging, policies and practice at the University of Alberta.

“The major drivers are things like medications and medical technology.” Certainly, newer drugs and more precise imaging tests are not restricted to the golden-agers.

One might expect we’ll need many more spaces in nursing homes and long-term care hospitals. The Conference Board of Canada’s new report Future Care for Canadian Seniors projects that based on today’s numbers, the cost of providing continuing care to seniors in 30 years’ time will shoot up to $177.3 billion (it was $28.3 billion in 2011).

But while the number of Canadians requiring care supports will rise, it’s difficult to predict where seniors of the future will want to – and be able to – live and receive services, and who pays for it.

Greg Hermus, co-author of the report, says the patterns could change with the next generation. “More might choose to live in independent-living retirement homes with the funding coming from the seniors themselves, rather than the public sector,” he says.

It’s estimated that almost 3.3 million seniors will need caregiving supports in 2046, but will it come from the health-care system? Currently 80 to 90 per cent of this care is delivered by spouses, adult children or volunteers. Their unpaid work was valued at $24 billion in a 2009 Healthcare Quarterly study.

Many of these caregivers are also struggling to keep paid jobs. That’s when it can get rocky, to the tune of $1.28 billion in lost productivity in 2007. Caregivers are also at greater risk of health problems themselves. Clearly, if unpaid caregiving increases, they’re going to need a lot more help.

Compassionate care benefits and tax breaks are steps in the right direction, but don’t provide enough support. Besides broader benefits, what’s also needed, say experts, is more flexibility in the workplace for family caregivers, so they aren’t jeopardizing their jobs.

“It’s been introduced in some workplaces for parents caring for children,” says Fast, “But the same flexibility isn’t always available for people who have dependent adults.” (Recent human rights challenges in Canada have made the case that employers must accommodate family caregivers; family status is one of the prohibited grounds of discrimination.)

Baby boomers may well prove to be fitter old folks than their parents.

The development of healthy habits earlier can make a massive difference to rates of chronic diseases, like hypertension and diabetes, later. Public health measures promoting the flu shot, preventing prescription mix-ups or decreasing falls can reduce hospitalizations in this age group.

Whatever the health-care costs associated with seniors, very often they’re giving back in spades. Seniors do much more volunteer work than younger people, says Fast. They’re often providing care and even financial support to their children’s families, or their own spouses. They’re taxpayers, even on pensions.

“There are lots of ways in which seniors continue to make contributions in later life that we forget about, when we talk about dependence of seniors.”

All bets are off.

Next: Covering the future

With health costs on the rise, many are worried that, somewhere down the road, publicly funded services may not adequately cover the full gamut of their future care needs. Responding to this anxiety, the insurance industry is offering new products, such as long-term health policies. Long-term care insurance is designed to help pay for expenses incurred in case of loss of independence, so the policy holder does not have to deplete his or her savings.

The McLennan Group Life Insurance Inc. (a CARP Affinity Partner) – along with its program partner MyDignity Inc. – offer a number of such policies that provide monthly, tax-free benefits, payable when one can no longer perform two or more activities of daily living, or suffers a cognitive impairment such as dementia. In the past, many long-term care policies were extremely expensive, and more than half of applicants were declined coverage. MyDignity overcomes this barrier by offering a simplified plan that is both cheaper and easier to obtain. Call 1-877-851-4520 or go to www.mydignity.ca/carpinsurance/