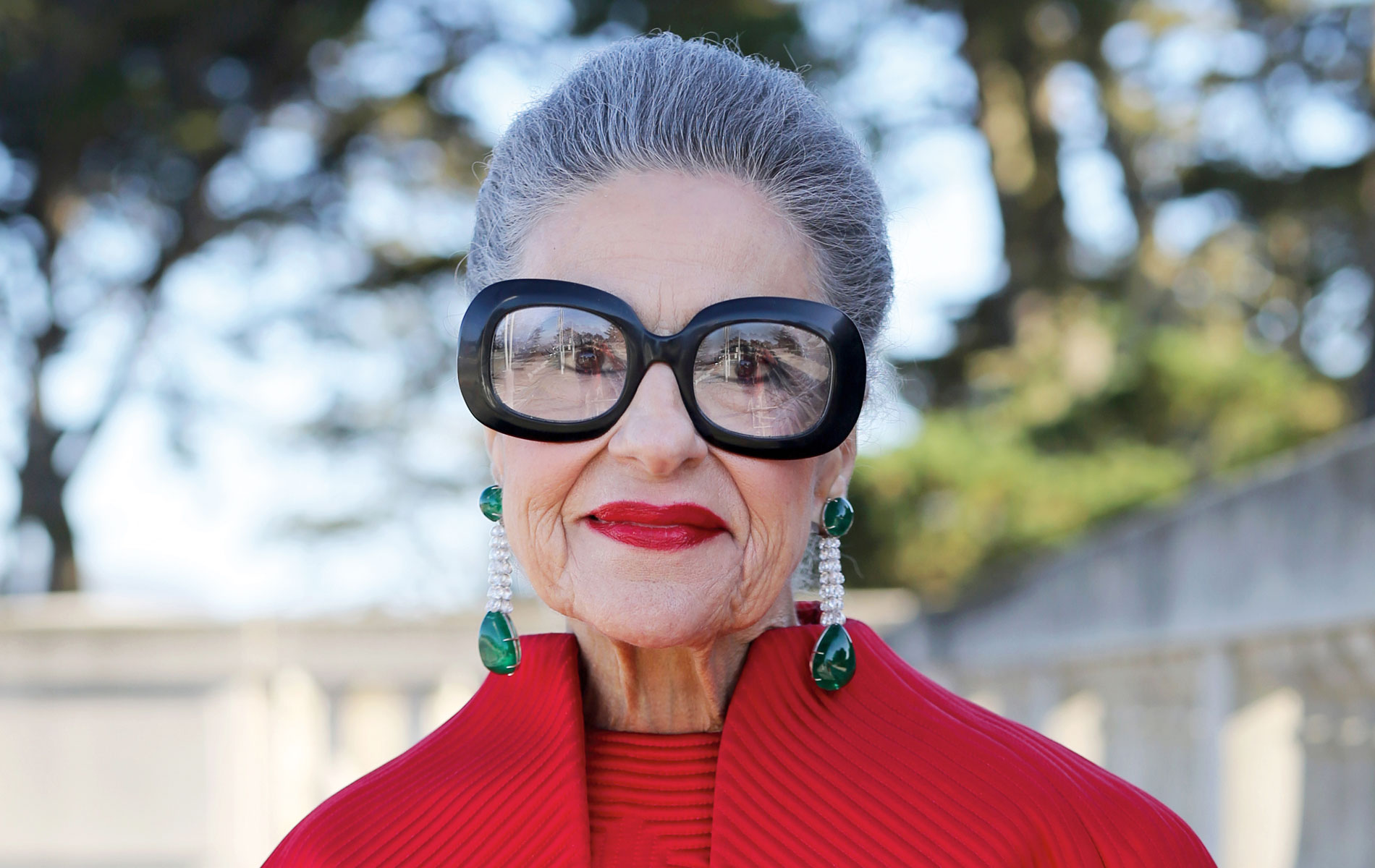 Better with age. Ignored in the past, made to feel invisible or seen as an undesirable consumer, older women are now being embraced—wrinkles, grey hair and all.

In the past few seasons, fashion has seemingly developed an obsession with older women. Ignored in the past, made to feel invisible or seen as an undesirable consumer, older women are now being embraced—wrinkles, grey hair and all.

From 94-year-old Iris Apfel to a posse of prominent pensioners like Joan Didion, Charlotte Rampling and Helen Mirren, women aged 70 and beyond are now starring in high-profile advertisements for fashion and beauty brands.

And everyday women of that age have become social media stars with fashion bible Vogue declaring that their Instagram “feeds offer something different from the typical ultra-filtered teen beat. Filled with daring personal style…and a peek at women who embrace fashion on their own terms. This is what real style looks like.”

This current love affair with women of a certain vintage can arguably be credited to one young man. Back in 2008, inspired by his late grandmother’s spirit and sense of style, the L.A.-based writer and photographer, Ari Seth Cohen, now 34, started a blog, Advanced Style, which featured photographs he took of older women he encountered on the streets.

From the elegiac to the eccentrically dressed, this successful blog of street style for the senior set—a rarity since these blogs predominantly feature the young—captured international media attention from the New York Times to Vogue Japan. A book and a documentary film soon followed.

Next: “It has a powerful impact on the way people view aging…”

Now comes his second book, Advanced Style: Older and Wiser (powerHouse Books), which features photographs he took of stylish seniors, including men this time, on the street in more than a dozen cities, including Cape Town, Tokyo, Melbourne and Stockholm.

“It’s really incredible that a project that started out as the love of my grandmother could have this influence,” he humbly acknowledges on the phone from L.A., at the suggestion that his blog ignited the revolution. “It’s such a perfect time because we have such a large population of older people and they don’t want to be thought of as invisible any longer.”

His pictures capture the optimism, vitality and unwavering dedication to dressing up they bring to their everyday lives. Cohen captures a variety of individuals from varying walks of life—some might dress in treasured couture they’ve had for years while others put together outfits from thrift shops.

Some pen personal essays to accompany their photos—and lest you think they are all shopaholics, they are not—they live robust lives dancing the tango, doing pilates and yoga and even skydiving as one 93-year-old does.

The fashion world will inevitably move on to the next “new” group, but this rise in visibility of older folks in the style world leaves a lasting note. Says Cohen, “It has a powerful impact on the way people view aging and allows them to feel optimistic about growing older and being recognized for their wisdom and experience.”