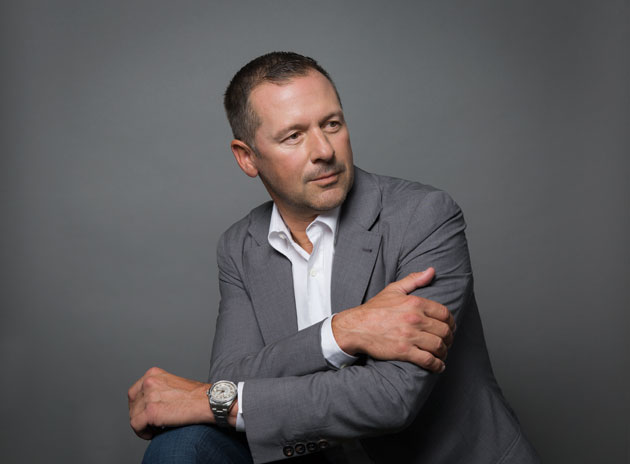 Equestrian Eric Lamaze, riding the mare Fine Lady 5, won the individual bronze medal in show jumping at the Rio Olympic Games at 48—making him the oldest Canadian to medal.

Born in Montreal, Lamaze is perhaps best known for his enduring partnership aboard the stallion Hickstead. The pair won the Individual Gold Medal and Team Silver at the 2008 Olympics, were ranked No. 1 in the sport and won the $1 million CN International—the richest show jumping event in the world—twice, in 2007 and 2011.

Tragically, Hickstead died during competition in 2011, a loss so heartbreaking to Lamaze that he considered retiring from the sport. But the 2008 Olympic champion rallied, finding new horses to carry him forward, including his Rio mount. The sport keeps Lamaze globetrotting—he travels the European show circuit from his home base in Belgium, spends the winter months competing in Florida and each summer makes the journey to Calgary to compete at the iconic Spruce Meadows.

What advice do you wish you’d given your 25-year-old self?
Don’t sweat the small stuff. Don’t let one bad day ruin your life.

What advice would you give your 80-year-old self?
Get off the horse!

What do you know for sure?
What I have accomplished.

What will you never learn?
Too many things to mention.

Best piece of advice?
“Use the seven iron!” by my caddy.

Did it work?
Of course! That’s why it was the best advice ever.

What inspires you?
Competing and winning. I’m competitive at everything I do. I’m inspired by the thrill of competition, in any sport.

The moment that changed everything?
Winning the individual gold medal in Beijing.

Happiness is…
Being satisfied with your accomplishments and where you’re at in life. That’s a simple one to answer, and it applies to everything.

A version of this article appeared in the November 2016 issue with the headline, “Wisdom of the Ages,” p. 39.