Nostalgia: The Fab Four and Fashion 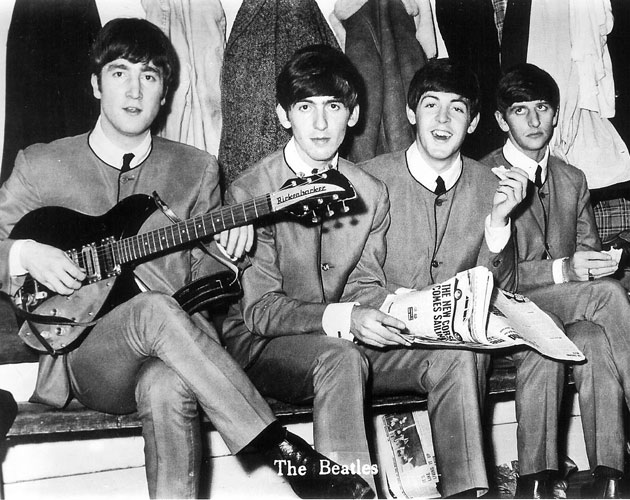 Here, we look back at some of the key stylish features that came to define the original boy band.

It’s undeniable that the four young men in the 1960s, known as The Beatles, had a major impact on music and pop culture. But the fashion sense of John Lennon, Paul McCartney, Ringo Starr and George Harrison also played a role in shaping the look of a generation of young men.

From their earlier look of mop-top hair styles, skinny suits and Cuban heels to their later psychedelic style of colourful Sgt. Pepper jackets, the esthetic of The Beatles was so distinctive and influential, decades later, other musicians riffed on the look, and today menswear designers still reference some elements.

Here we look back at some of the key stylish features that came to define the original boy band. The Mop Top
Their signature haircut – which all four members of the band sported when they came to America 50 years ago – was probably one of their most influential looks. So much so, you could even buy wigs in the shape of this haircut at the time. And like so many other elements of the music scene through out history – denim jeans being one – adults began to view it as a sign of rebelliousness. In Russia, the hairstyle was deemed illegal, and those caught sporting it were arrested and had their hair cut in police stations. The Skinny Suit
Drawing on mod culture at the time, the group wore sharp skinny suits in mostly black or grey. One of their favorite styles was the collarless suit. It was reportedly Paul McCartney’s idea that they all dressed the same to create a cohesive and dynamic look on stage. Other bands of that era began to do the same. Today, the skinny suit for men is having a moment in British fashion. Walk into the trendy British retailer Topman, and the racks are brimming with skinny suitings. Also the popular online U.K.-based retailer ASOS has an entire section dedicated to these super attenuated suits. The Beatle Boot
According to reports, it was band manager Brian Epstein who commissioned four pairs of Chelsea boots – the pointed toe bootie – and had Cuban heels put on instead of the usual flat ones. This streamlined bootie worked perfectly with the drainpipe-narrow trousers of the boys’ skinny suits. Today, this style of boots are referred to as Beatle boots, and labels like Saint Laurent and Giuseppe Zanotti are hawking these styles this season to a new generation of trendsetters. Sgt. Pepper Jackets
Inspired by the hippie movement of the era, the cover of their 1967 best-selling album Sgt. Pepper’s Lonely Hearts Club Band featured the quartet in colourful embroidered band jackets. It was a time where menswear was entering a flamboyant phase with paisley patterns, floral shirts, beaded necklaces, velvet jackets, all in psychedelic colours.

Later artists like Michael Jackson would adopt the Sgt. Pepper jackets and cover them in sequins.

And in a nice touch to sentiment and a tribute to a pop cultural moment, in her collection for Gap Kids a few years ago, the designer Stella McCartney (Paul’s daughter) featured a mini-Sgt. Pepper jacket. So popular was the item, adults were trying to fit themselves into the extra-large sizes. Round Wire-Rimmed Glasses
It was said that John Lennon started to wear these round glasses around the time he was acting in the movie, How I Won the War. It became a signature look of his from then on and, even to this day, these John Lennon Glasses style remain available.