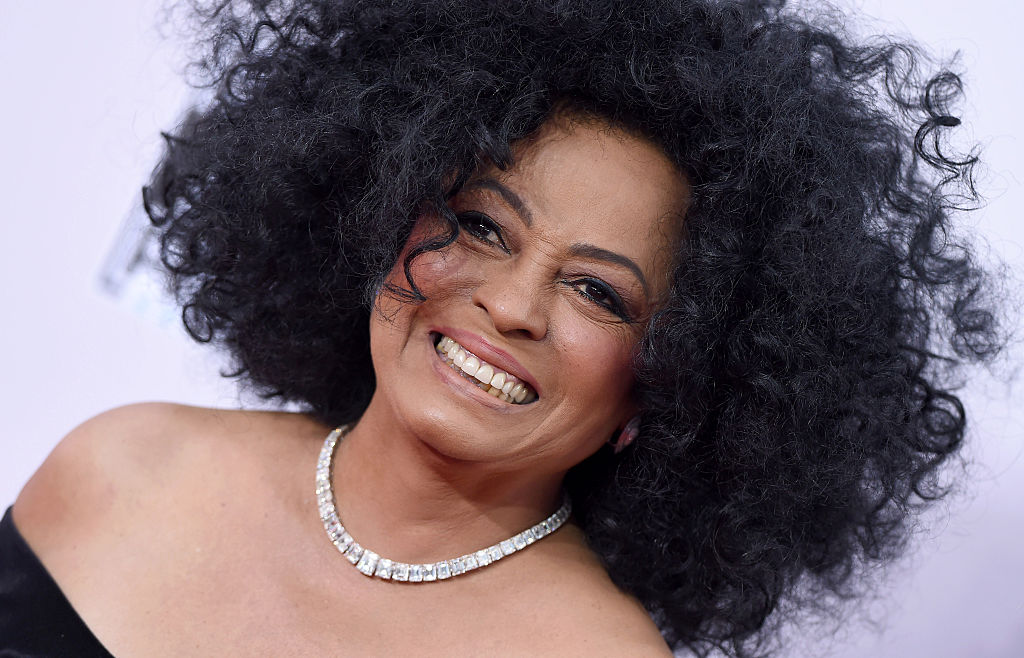 They may have endured many hardships and struggles to make it in their respective fields—particularly in eras where females, much less black females—might not have been welcomed with open arms.

But these six women were pioneers who broke down barriers and helped blazed a trail for later generations of young black women. They had beauty, brains, style, talent and always conducted their lives with high degrees of class and grace.

OK, perhaps, one of them might have taken a more confrontational and provocative approach to stardom, but many a pop star of today are still tearing pages out of the playbook this particular icon practically wrote.

We salute these legends and the work they did which to this day continues to be influential. Before performers like Beyonce, Rihanna and the late Whitney Houston, there was the legendary Ms. Ross. As the lead singer of the Motown group, The Supremes, before going on to launching her solo career in 1969, Diana Ross savvily understood the benefits of marrying fashion with music.

During the 70s, at the height of her musical career and her star turns on the silver screen in movies like Lady Sings the Blues, Mahogony and The Wiz, she created an image that was unabashedly luxurious and glamourous. Bold big hair, sheer sparkly body suits, dramatic netting over the face on the red carpet, turbans and scarves wrapped around her head and brightly coloured fur coats were just some of her style signatures. And they are still a constant source of inspiration, for today’s pop stars and fashion designers. At her age, the award-winning actress continues to astound—and confound—with her seemingly ageless beauty and graceful yet bold fashion sense.

The award-winning stage, television and film actress is famous for being selective in choosing quality roles and have appeared in such memorable productions as Roots and The Autobiography of Miss Jane Pittman. She continues to work today, collecting accolades, and most recently, an Emmy nomination in 2015 for her guest starring role in How to Get Away With Murder. Besides her seemingly ageless beauty, her sense of style is one of grace and elegance at all times. She recently appeared to accept an award dressed in a regal looking silver gown with her hair a platinum hue—looking every inch a fashion queen and proving, that even in your 90s, you can still command the red carpet. The Jamaican-born Jones might have carved a career as model, singer and actress, starting back in the 1970s, but she was also a trailblazer, provocateur and fashion icon. She once said, “I’m not fashion, I’m style.” And there was no doubt about it, as she was immortalized in works by artists such as Andy Warhol, Keith Haring, Helmut Newton, Robert Mapplethorpe and Jean-Paul Goude.

With her sculpted cheekbones, flat top hair and powerful yet lithe body, she not only fluidly blended masculine and feminine styles but some of her outfits—both on stage and off-stage—are legendary. Before the fashion antics of Lady Gaga, Jones once strode on stage to present an award in just her underwear or as another story suggested, she once attended a party back in the 70s with some French politicians wearing just a necklace fashioned out of bones.

Jean-Paul Goude, the famed French art director and photographer, who fathered her son, helped create some of her more iconic images, including her 1985 Island Life album cover featuring a near-naked Jones, all oiled up standing on one leg with hands outstretched holding a microphone. Today in her seventh decade, Jones is still performing onstage, her body in top form and still wearing show-stopping costumes from zebra striped body-suits, fantastical headgear, thigh high boots and sometimes, hula-hooping while singing a number.

This iconoclast influence continues to pervade pop culture today as Lady Gaga begs for a collaboration and Kim Kardashian and Paper magazine did a “break-the-Internet” cover shoot inspired by one of Jones’ iconic images. Before Kerry Washington’s star turn in Scandal and being the first African American actress to star in the lead role on a major network television show in recent history, there was the legendary Diahann Carroll, who broke barriers in 1968, as the first African American actress in a non-stereotypical and lead role on the television show, Julia. She would go on to earn an Emmy nomination for that role and an Academy Award for her 1974 movie role in Claudine. A star also on Broadway and theatre, she would make a much-hyped return to television in the early 80s on the hit night time soap opera, Dynasty.

Again she would break a barrier, playing the ‘first Black bitch on night-time television’ in her role as arch nemesis to Joan Collins’ villainous character. Besides her talent and accolades, she’s known for her beauty and glamourous style (she was one of the first African-Americans to have a black Barbie modelled after her) and her legs are legendary, going so far as to reference it in the title of her memoir; The Legs Are the Last to Go: Aging, Acting, Marrying and Other Things I Learned the Hard Way.

Back in 2013, she graced the Emmys, appearing on stage to present an award with Kerry Washington and looking spectacularly elegant. Her appearance on stage prompted Gawker to remind everyone who this legend was that inspired so many young black actresses, with a simple Tweet: “For those frantically Googling, the woman you want to be when you grow up is named Diahann Carroll.” Despite having very forward-thinking parents in an Islamic country—her father being a diplomat and her mother being a gynecologist—Somalian-born Iman had never seen Vogue magazine or read fashion magazines until after she was 18 years old.

As a student at the University of Nairobi, Iman was discovered on the street by famed photographer, Peter Beard, who convinced her to come to New York to be a model. When she arrived in the Big Apple, she was astonished to find out he embellished the story of how he discovered her to the press, saying, he found her in the jungle. She would go on to become one of the most in-demand models in the 1970s and 1980s, appearing in countless magazines, including Vogue, and walking numerous runway shows. The legendary designer Yves Saint Laurent dedicated an entire collection to her.

You would think after her marriage to the late rock star David Bowie in 1992, she would rest on her laurels. But while she had already retired from the runways in 1989, she continued to break new ground. Besides dedicating her time to various philanthropic causes, including raising awareness of her homeland, Somalia’s despair with famine and war, she gave birth to another daughter at age 44 (she has another daughter from a previous marriage) and also became an entrepreneur when she launched her brand of makeup for the various shades of black women. She was a pioneer in this market because soon after, the major cosmetics companies launched similar lines aimed at ethnic markets.

After more than two decades of marriage to Bowie, last year he passed away after a battle with cancer. While she kept a low profile during this time, she posted a tweet: “The struggle is real, but so is God.”

The road from Somalia to the upper echelons of the fashion capitals would have been a strenuous and treacherous one for many a young girl. But not only did she stayed the course but also went from top model to internationally recognized beauty icon to rock star wife to philanthropist and beauty mogul. An extraordinary and inspiring tale for just about anyone. Sometimes it’s not their professional careers and their chosen industry that provides the most hardships and battles. Sometimes it can be closer to home. It wasn’t until Tina Turner released her autobiography, I, Tina, in 1986, that the public learned of the physical abuse she suffered at the hands of her husband, Ike Turner during their marriage in the 1970s. After leaving Ike, she struggled as no record label would touch her.

After a singing and performing career that reached 25 years, Tina Turner in 1984, finally achieved the super-stardom her talent was worthy of. Her album, Private Dancer, became a global hit. She went on to star with Mel Gibson in the hit movie, Mad Max: Beyond Thunderdome. Besides accumulating eight Grammy Awards, she also broke a couple of records. With her 1984 song, “What’s Love Got To Do With It”, she became one of the oldest female artist to have a number one hit in America. And she holds the record for the largest paying audience for a solo concert for her 1988 Break Every Rule tour in Rio de Janeiro.

Other female singers might have been known for their wardrobes, but for Tina, besides her powerful voice, her style signatures were her unruly golden hair, her flawless skin and she undisputedly had the best legs in the business, which was always in full display in short dresses and high heels when she performed on stage. Such was the admiration for her legendary legs, the fashion hosiery brand, Hanes, finally got her to do their commercials.

And proving that one should give love another chance, even if you’re age 73, she married Erwin Bach, a 57 year old German record executive and today they live in Zurich. Her story of courage, talent and achieving stardom later in life was captured in film, but it still resonates and fascinate today. In 2018, fans hope to see the story of rock’s most legendary woman on the theatre stage, with the debut of, Tina, The Musical