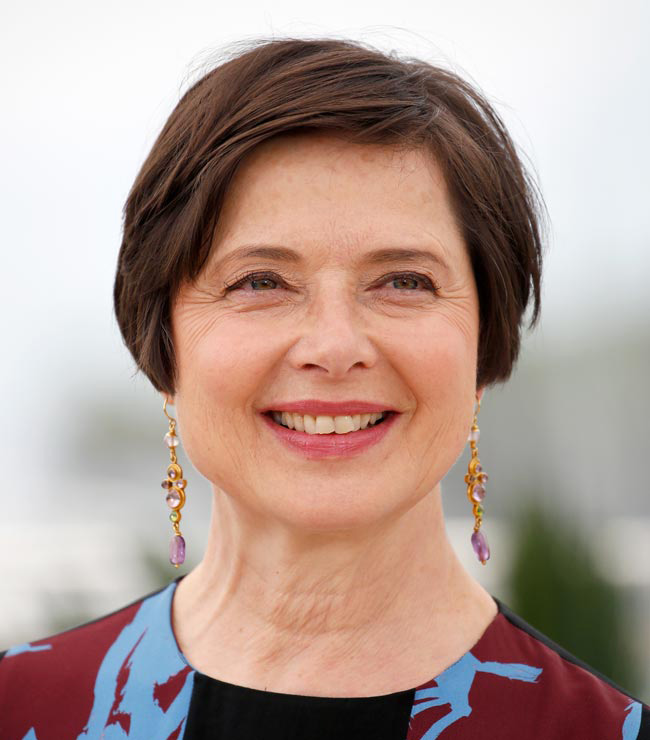 The daughter of Ingrid Bergman and director Roberto Rossellini, Isabella’s lineage is the stuff of cinematic legend. With star turns in films such as Blue Velvet, the actress became a household name in her own right, and part of what made her such a familiar famous face was her association to beauty company, Lancôme.

The Italian stunner was  the spokesmodel for the French cosmetics giant since first signing with the brand in 1982 when she was 30. But as the years wore on the company ditched her, at the ripe old age of 43, yup, you heard that right. According to Rossellini, who told The Cut, “They told me they needed somebody younger. The advertising was aspirational, and even though they have clients of many ages, the desire was for youth.”

As the last two decades wore on and wore out how we view older women and aging as a culture, Rossellini resigned with Lancôme in 2015. But she has just launched a full-scale campaign for the brand’s Rénergie Multi-Glow collection. Yes, at 65, she is still gorgeous, only now wiser and enough fine lines and wrinkles to let fans and beauty junkies know that there’s nothing wrong with growing older!

The glamorous model/actress took to Instagram to show off some of the campaign photos – un-retouched of course – by photographer Peter Lindbergh. The results – beautiful!