The Verdict Is In: Ruth Bader Ginsburg’s Beauty Accessory Is a Hit 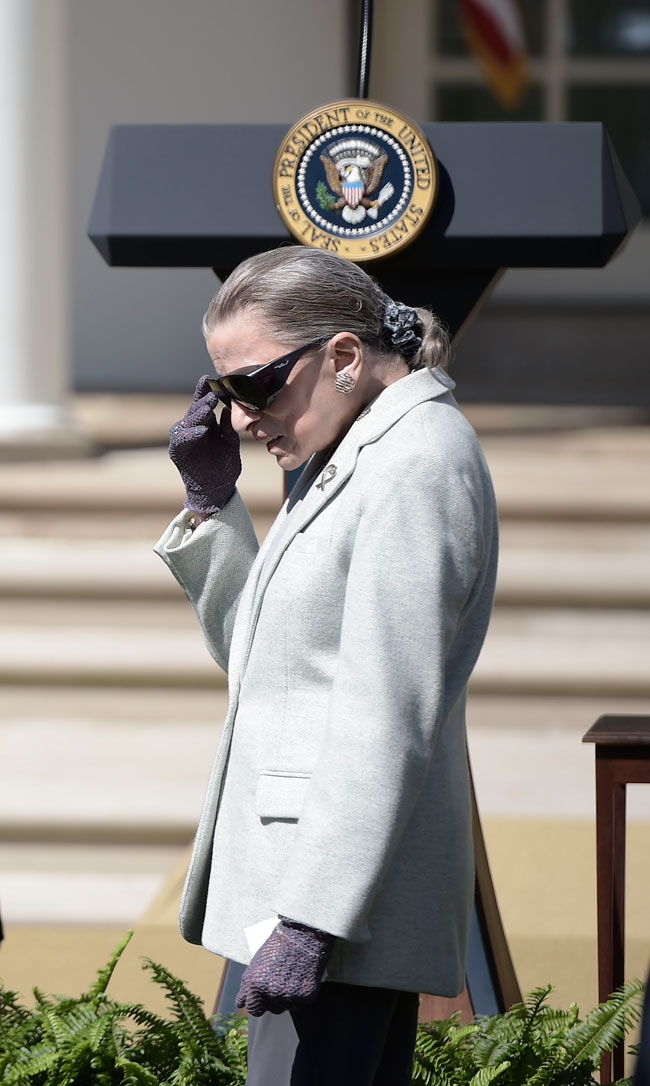 Ruth Bader Ginsburg, 86, has found herself an unlikely style icon with her commitment to the once-reviled-but-making-a-comeback beauty accessory: the hair scrunchie.

The U.S. Supreme Court Justice has been wearing them for what seems like forever – or at least since the look was popular back in its 1980s heyday. Despite being reviled by ’90s harbinger of all things stylish — Carrie Bradshaw — Ginsburg’s love of the scrunchie has remained steadfast.

Indeed, she’s put the scrunchie on trial for decades,  wearing one when nominated by then President Bill Clinton, while receiving an embrace from former President Barack Obama and at every public appearance since. She recently told the Wall Street Journal that, “My scrunchie collection is not as large as my collar and glove collections, but scrunchies are catching up,” said Bader Ginsburg, adding, “My best scrunchies come from Zurich. Next best, London, and third best, Rome.” Ginsburg has become a household name even outside the U.S. and for more than her hairstyle, in part thanks to the documentary RBG, which debuted in January 2018 at the Sundance Film Festival. In a review of the film, The Hollywood Reporter stated, “The film brims with absorbing anecdotes … Once again, in these times of extreme polarization in politics, it’s cheering to hear how the ‘ladylike’ good manners Ginsburg learned from her strong single mother contributed to her ability to forge friendships with conservatives like associate Justice Antonin Scalia — who disagreed with her philosophically on nearly every point but still grew to feel a great, platonic affection for her right up until his death.”

So if you feel the urge to tie your hair back with an elasticized piece of colourful fabric, go ahead, you’ll be in good and wise company.