Women Wear the Pants at this Year’s Cannes Film Festival 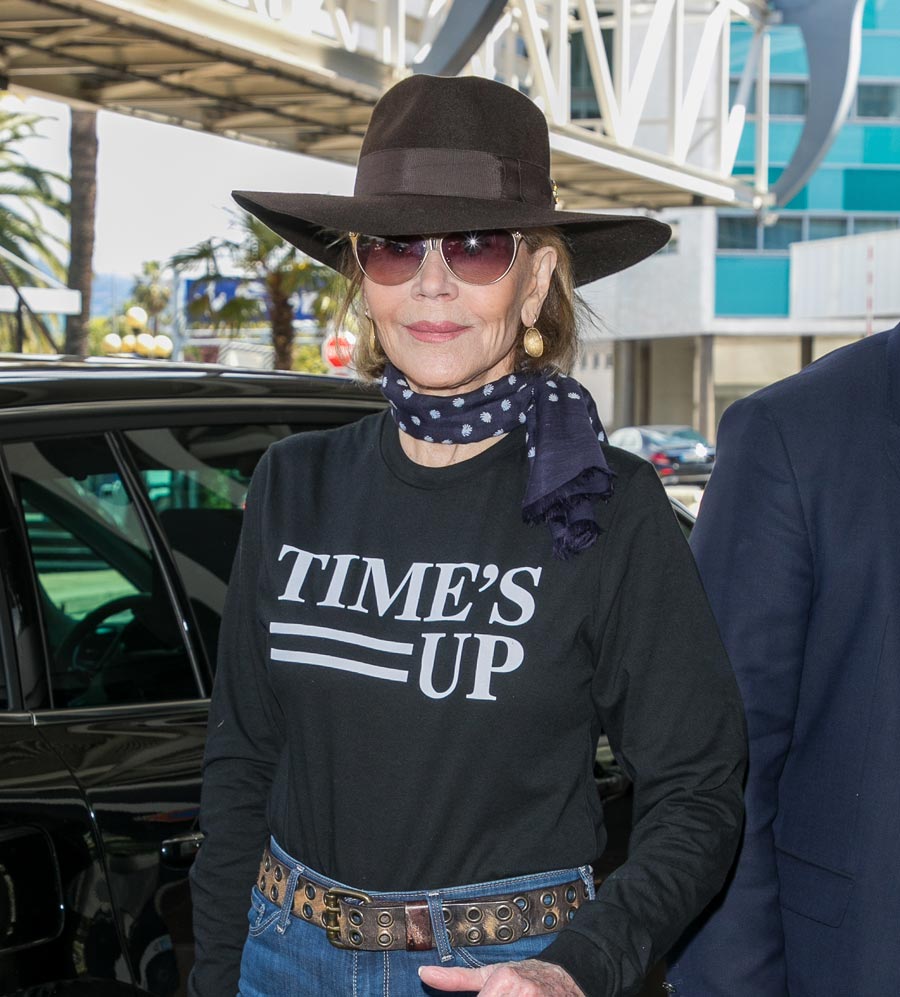 On the red carpet on the Croisette, there is still an outdated dress code rule that states women shall not wear flat shoes. Chanel-approved actor Kristen Stewart very deliberately removed her sky-high pumps and walked barefoot, in silent protest.

But the fashion shift that really speaks volumes is the number of women wearing pantsuits as formalwear this year at Cannes film festival. The all-female jury of nine is banding together against traditional ideals of glamour.

Showing the way is jury president (and 49-year-old fashion icon) Cate Blanchett,  who has busted a pale pink suit by Stella McCartney for the flashbulbs. Earlier in the week she also wore a sporty lemon-coloured Calvin Klein suit with athletic stripes down the leg. She was flanked by fellow jury members Stewart (in a cropped blue Chanel nubby tweed pantsuit) and French star Lea Seydoux in a sharp green trouser suit by Louis Vuitton.

Another standout pantsuit look on the Riviera was the Armani black one worn by Bollywood royal Aishwarya Rai Bachchan, who is 44.

Fashion has become a statement-making tool for Hollywood women and female actors the world over to declare #TimesUp and #MeToo. From the all-black showing at the Golden Globes to the single white rose carried by female Grammy stars, fashion has made a powerful statement.

Speaking of statements, Blanchett led 82 women, including Salma Hayek and Ava DuVernay on the steps of the Palais des Festival to deliver a statement about women and equality in the film industry.

And fittingly the last word on liberated fashion at Cannes comes from a woman who literally embodied protest in 70s: Jane Fonda, recently turned 80. The actor has won the glitziest week of the year, with both her clothes and her words. As Vanity Fair put it, Fonda is having “an exceptionally fashionable Cannes.” She rocked a long, beaded Valentino with a duster coat one night and then did a quick change to flash a diamond-belted white custom Alberta Ferretti suit for a Trophee Chopard event.

She was clear about her loyalties and priorities arriving in the French city wearing jeans and a #TimesUp T-shirt. The forthright celebrity also recently made waves on the promo tour for her new gal-pal rom com Book Club, which is about the importance of friendship and sex in mature women’s lives. She candidly declared she no longer has sex herself, with the no bones statement: “I’ve closed up shop down there.”