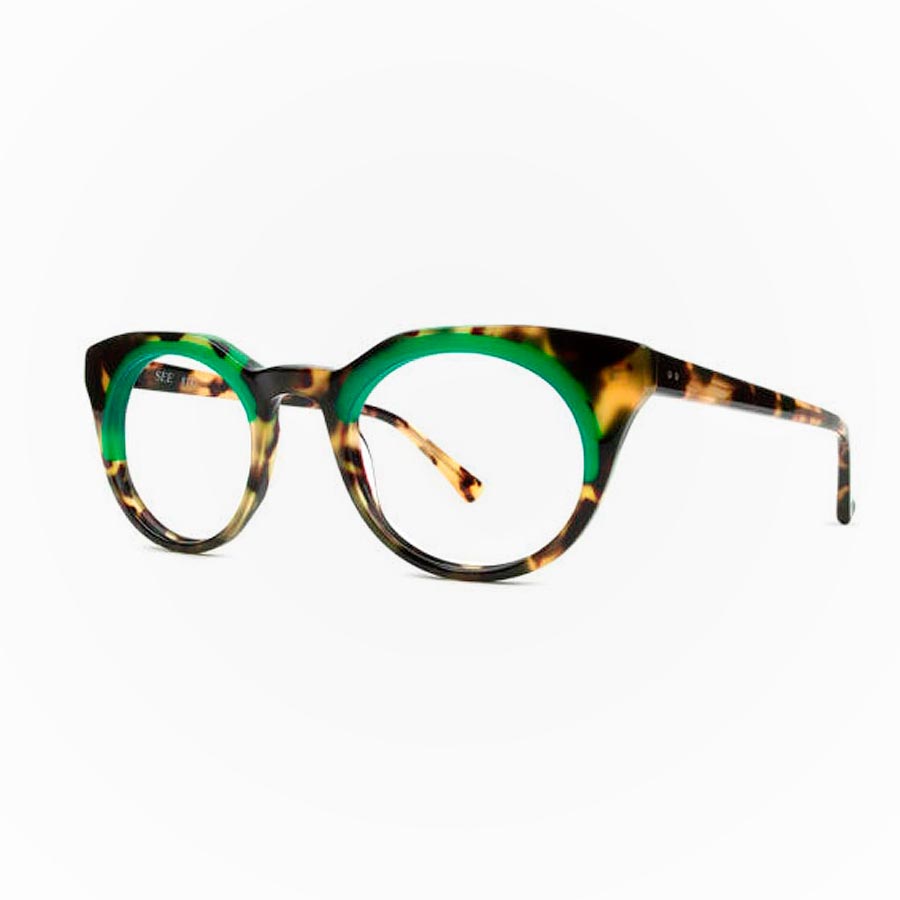 In the family of eyewear, prescription glasses would be that studious older sibling — serious, straightforward, discreet in appearance and tasked with the sobering responsibility of being a medical device.

However, sunglasses would be more akin to that care-free younger sibling — cool, fashionable and wildly decadent in design. Naturally, this makes sunglasses highly desirable and most consumers acquire multiple pairs while opting for merely a single pair of reading glasses.

But Richard Golden wants to change that outlook. He’s the optical maverick behind SEE, the super-stylish but affordable American eyewear brand which recently opened their first Canadian location in Toronto’s tony Yorkville area.

“I love to ask people how many purses and shoes they own,” says Golden. And they would blithely tell him a figure that would be nothing short of staggering. He’s always surprised at the notion that it is perfectly acceptable to accumulate dozens of pairs of shoes and handbags — and continually shop for such accessories each season — yet few would consider building a wardrobe of spectacles. “And this is something that sits on your face,” he exclaims.

One would think such vaunted prominence would elevate reading glasses status to coveted fashion accessory. But perhaps the prohibitive costs associated with prescription frames could be one deterrent.

That was the motivating factor which inspired Golden to create his company in 1998 — which now boasts 41 stores — with a mandate to create quality and stylish designs but at affordable prices. It’s a concept he often refers to as ‘fashion-nomics.’ SEE eyeglasses range from $199 to $599 and includes single vision plastic or polycarbonate lenses, while all non-prescription sunglasses retails for $149. To help build that wardrobe of prescription eyewear, the company also offers incentive programs whereby after your 5th purchase, the next one is free.

The exclusive designs are created by an in-house team — working with artisans in Europe — and produced in very small and limited quantities. “This is the closest thing to custom eyewear,” says Golden. While the look of SEE eyewear is eclectic and colourful, the shapes rely on a retro-looking sensibility.

The Toronto store marks the first international outpost for the company, a fact, Golden proudly notes because of a special bond he has with the Canadian city. In his youth, he spent many summers at Camp Tamakwa in Algonquin Park with childhood friends, Don Green and Michael Budman, the duo who would grow up to create one of Canada’s most famous retail businesses; Roots. Keeping in touch with these life-long friends helped cultivate his appreciation for the city.

SEE is not the only international eyewear company to recently cast their eyes on Canada. New York based retailers, Warby Parker and Illesteva have set up shops in Toronto, MUJOSH from Hong Kong arrived in Edmonton, Bailey Nelson from Australia is planning an extensive roll out of stores across the country and Ollie Quinn from the UK is set to open several stores.

This influx of eyewear retailers might be a boon for Canadian consumers for the wealth of choices they offer, but it is game-changers like Golden, who challenged the behemoth monopoly that is the eyewear industry, with his glasses-need-not-be-expensive concept.

It might come as a surprise to many, to learn that the global eyewear industry is essentially dominated by just two companies. The French conglomerate, Essilor, produces almost half of the world’s supply of prescription lenses, while the Italian company, Luxottica, makes most frames. But Luxottica has far-reaching tentacles, owning a staggering amount of eyewear brands and businesses. If you own a pair of designer sunglasses, chances are they were made by Luxottica. Giorgio Armani, Prada, Chanel, Burberry, Versace, Dolce & Gabbana are all produced by the Milan based company, while they own such iconic brands as Ray-Ban and Persol. They are also in the retail game, owning such stores as LensCrafters and Sunglass Hut.

Earlier this year, both US regulators and the European Commission, approved the merger of Luxottica and Essilor, making an even bigger global giant in the eyewear industry. But thankfully, there are smaller independent eyewear retailers like Golden willing to go eye-to-eye with such Goliaths to offer alternatives, whether it’s with high-design or prices. As the tagline for SEE indicates – they are ‘hip without the rip.’

Please see below for a selection of SEE eyewear and sunglasses. www.seeeyewear.ca