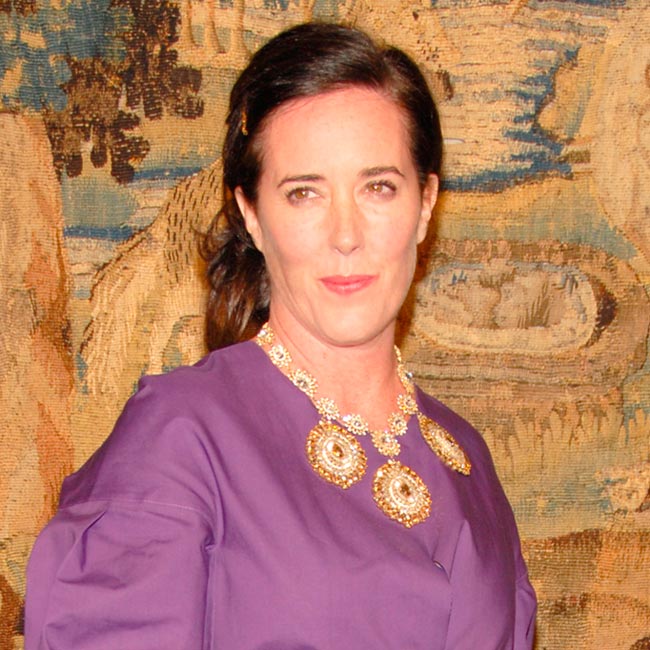 Kate Spade, the fashion designer known for her colourful and preppy brand, was found dead today in an apparent suicide, in her luxury Manhattan apartment. She was 55.

She started her New York based label in 1994 with her husband, Andy Spade (brother of actor David Spade) and first made her mark with a line of handbags. She famously began sewing the label on the outside of the bag to make it stand out — it worked and the more affordable bags ($200-600) became must-haves for young women everywhere.

Soon after, the label extended into a full scale lifestyle brand (practically coining the term) with clothing, shoes, jewelry, stationary, eyewear, home decor and bridal themed items. She would also help her husband enter the men’s market with a line of men’s bags called Jack Spade. It was Kate Spade that showed other women that they too could succeed as fashion entrepreneurs with the likes of Tory Burch and Jenna Lyons following her example. She also expanded into giving advice to her legions of customers with the books Manners, Style and Occasions.

Born Katherine Brosnahan, in Kansas City, Missouri, she graduated with a journalism degree before her foray into fashion. She started in the accessories department at the Conde Nast magazine, Mademoiselle, which is now defunct.

After becoming the accessories director at the magazine, she was inspired to launched her own handbag line. Her box shaped handbag designs in colourful and whimsical preppy prints was wildly successful and are now considered iconic.

Spade cultivated that colourful preppy aesthetic into a highly successful business and personal brand. She was also a mainstay in New York social and philanthropic circles, and was known for her graceful and classic style — a knowing wink at that retro 1950s housewife with a dash of Audrey Hepburn — a look that often encompassed a bouffant hairdo, full skirts, tapered capris, sling backs or pointy toed pumps.

Her brand of sunny colours and prints with a chic vintage vibe is one that was widely imitated by many other retailers. Aimed at the contemporary market with reasonable prices, the brand was none-the-less loved by celebrities and even royalty, such as Kate Middleton, Duchess of Cambridge.

Back in 1999, the Spades sold 56 percent of their business to Neiman Marcus for $34 million. They would later sell the remaining business for $59 million.

Hoping to strike gold a second time, the designer would go on to launch another accessories brand in 2016, Frances Valentine.

Glamour magazine once gave the designer, the woman of the year distinction. In an interview with the magazine in 2002, she said, “I hope that people remember me not just as a good businesswoman but as a great friend — and a heck of a lot of fun.”

She leaves behind her husband, Andy, and their teenage daughter, Frances Beatrix.