Why the Art of Antiquing Has Become an Antiquated Activity 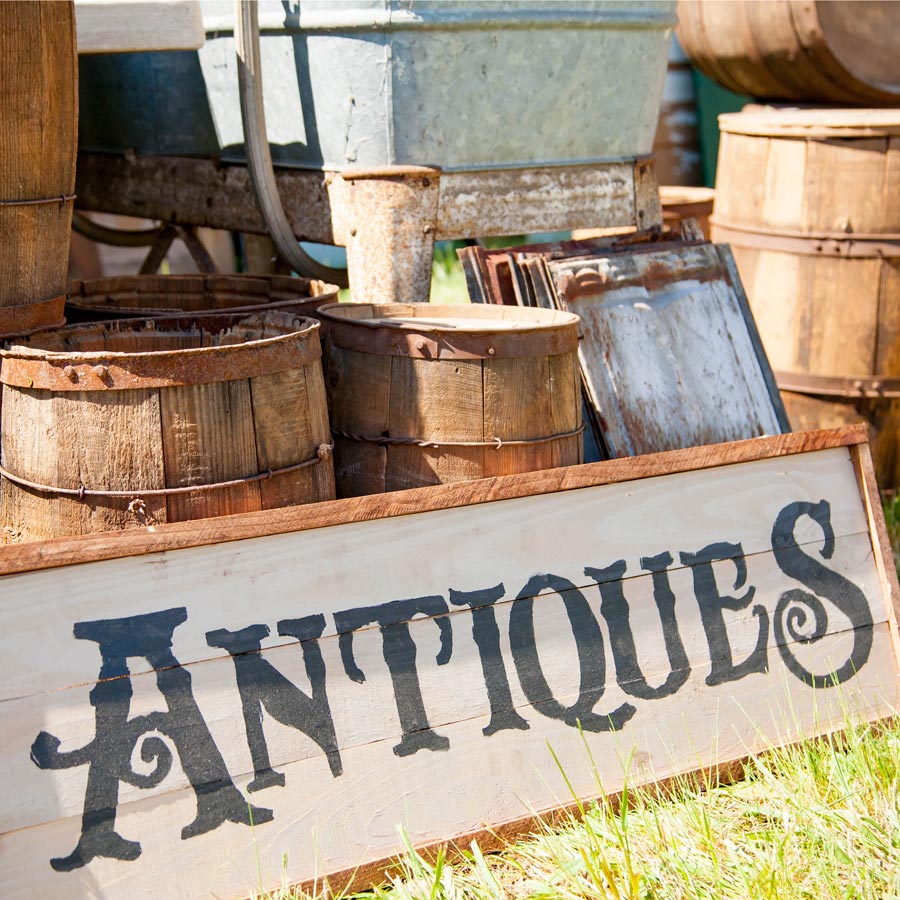 I’ve admitted previously that I’m a yard-sale/estate-sale addict. So, it’s no surprise that my upscale and downscale TV faves are Antiques Roadshow and Pawn Stars.

But I’m sorry to say Antiques Roadshow started to lose me with their choice in recent seasons to replay old episodes from the ‘90s and ‘00s and reassess the value of people’s treasures a decade or two later.

It emerged as a downer of a decision. With the possible exception of high-end paintings, most antiques seemed to have lost value. Given that most of us will never find a Faberge egg in our attic, the appeal of the show was like watching a lottery win. Now it’s like watching lottery winners have their winnings clawed back.

Knick-knacks, folk art, furniture, etc. No one wants it — or at least no one wants it enough to pay big bucks anymore. Example: a mechanical children’s coin bank from the 1890s, assessed on Antiques Roadshow at $3,500 in 1997, was recently re-aired with a revised value of $1,000.

(On the same episode, there was an item of significant historical value — the “Yes, Virginia, there is a Santa Claus,” letter written in 1897 by Francis Pharcellus Church, editor of the New York Sun. It had risen in value from $20,000 to $30,000, which is not much of an increase, accounting for inflation.)

It turns out I was right about the trend. A recent article in the New York Times reveals that the value of 18th and 19th century furniture, for example, has plummeted almost 80 percent.

And that is largely the fault of our generation. Boomers and older Gen-X-ers powered the antique boom from the ‘80s to the ‘00s. Now many are retiring or downsizing. And though they have their own tastes in collectibles, millennials are not picking up the slack on old stuff. (Nor, evidentally, do they believe in Santa Claus).

There are other reasons besides the gradual disappearance of the older demographic from the market. There’s the hangover from the market meltdown of ’08, and a general reluctance by all but the very rich to pay crazy money for collectibles. One of my favourite walks in Los Angeles used to be down Melrose Avenue, on a strip of high-priced vintage t-shirt stores. I remember seeing one from Ozzy Osbourne’s 1983 “Bark At The Moon” tour with a tag that said “250.” Amused, I double-checked with the clerk that the price was indeed $250 and not $2.50.

But by 2009, most of those stores had gone bankrupt. I suspect, even in upscale Hollywood households, some budget-tightening had occurred. And expenditures like $250 for a smelly old t-shirt probably had to go if they were going to maintain that house in Pacific Palisades.

Vintage stores have rebounded on the Melrose strip, but now they’re places where you find bargains.

Meanwhile, the internet has also affected the price of antiques, with eBay and other online sales sites increasing supply and availability, while demand remains static or drops.

Marlene Cook has owned the Sunday Antique Market in Toronto’s Esplanade and St. Lawrence Market areas for 29 years, “and I’ve pretty much seen everything,” she says.

She confirms a drop in the price of antiques, particularly older items from the late 19th and early 20th centuries.

“A lot of the stuff that has really dropped would be Boomers’ parents’ stuff, like Royal Doulton, Hummel (figurines), oak dining room sets.

“Years ago, Royal Doulton and Hummels were very collectible, but that’s kind of old people’s stuff. One guy got a load of it recently, and some things that would have gone 20 years ago for $200 each, $300, he sold every piece for $30 to $40 each.”

“On the other hand,” she says, “people bought them up because they’re so cheap now.”

The Sunday Market gets both older and younger customers, Cook says, with the millennials on the lookout for “cool” rather than old.

“Younger people, millennials, aren’t buying big stuff, because they live in condos. They want a really cool something or other, a mid-century modern wacky piece of pottery or something to set off their place and the furniture they bought at IKEA.

“But it’s kind of exciting, catering to that generation. They’re looking for interesting and funky-looking things, something mid-century and crazy with a face on it. It’s got life, and it’s really interesting. I think some of the turn-of-the-century boring stuff that used to sell was never that interesting to begin with, and I don’t think it’ll ever come back.

“That’s hard for the vendors a bit. The middle has dropped, there’s only low-end and high-end. And you can’t survive any more on old stuff. Old isn’t so popular anymore.”

So, what’s the difference between “old” and “antique” these days? Cook says there’s high demand for items from the ‘50s to the ‘80s (including early electronics like Atari games and first generation Macs) — which is kind of embarrassing. You don’t like to think of things you actually used in your lifetime as being antiques. The inference is that you are an antique yourself.

Cook says the sad part is when seniors downsize or their estate has to be disposed of, “and kids don’t want their stuff anymore. It goes to donations. Or it goes to the curb, when people don’t even want to take the trouble to donate it.”

On a hopeful note, there is merit in the saying, “One man’s trash is another man’s treasure.” And for collectors who are in it for love rather than money, prices have never been lower.