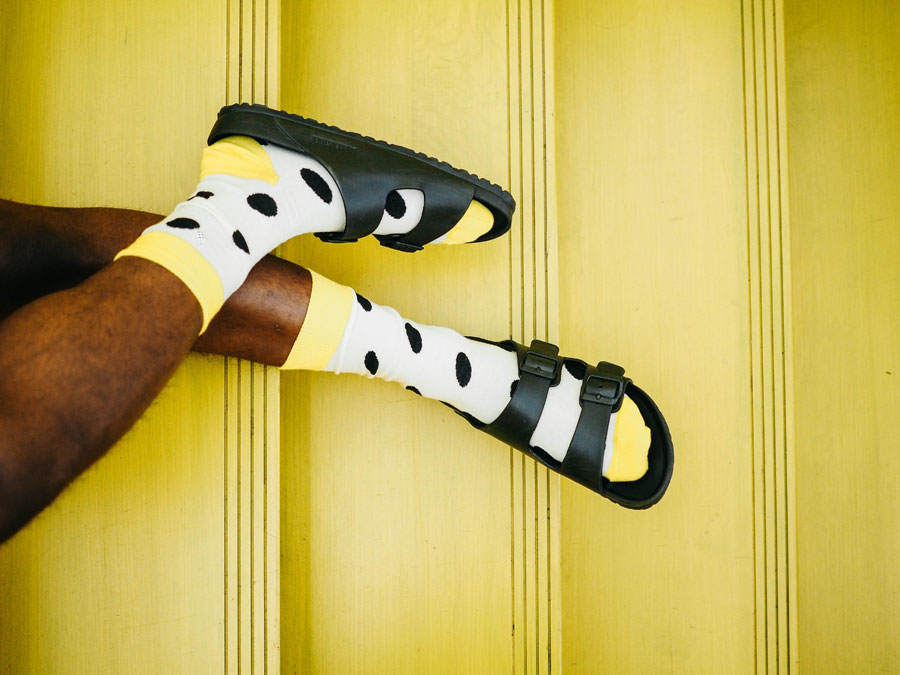 Comfortable, orthopaedic, eco-friendly — and ugly. Love them or hate them, the Birkenstock sandal is having yet another season in the sun.

Yes, the most divisive of sandals is cool once again, thanks to a capsule collection the company launched this summer, in collaboration with Paris-based designer, Rick Owens. The 56-year-old American designer, who has been living in the fashion capital for almost 15 years, is renowned for his gothic, yet ethereal, clothes. This marks the first time the famous German footwear company has officially collaborated with a fashion designer and it’s an unexpected pairing since Owens — despite being highly influential — is not considered a mainstream designer typically associated with a global brand like Birkenstock, which sells in 90 countries. But Owens has a cult following and a demigod status which has helped project an aura of cool onto the sandal brand, which had developed an unhip image of late.  So successful is the unisex collab, Birkenstock has already announced a second collection with Owens to be launched this winter. Once beloved by hippies, Birkenstocks became the iconic sandal of the counterculture revolution of the 1970s. The signature contoured cork footbed, which would be molded to the shape of one’s arches after wearing, made them a comfort footwear sought after by the mainstream.

But throughout the following decades, the Birkenstock sandal was mostly relegated to the “orthopaedic shoe” category in stores and embraced more for its comfort characteristics than its chic cachet.  There have been brief fashion revivals, however, like the grunge look in the early 1990s and again in 2013 when designer Phoebe Philo at Celine did a luxe fur-lined interpretation of the sandal.

But the Owens collaboration focused on three of Birkenstock’s iconic sandals — the Arizona, Madrid and Boston — which he did in materials like army felt, suede, leather and calf hair.

Owens, wisely did not tinker too much with the original designs. As he told, Vogue, “I didn’t really want to throw a lot of spangles at it and call it a day. I wanted to do something to the architecture, so I just extended the straps so they hit the floor, and I added more holes, because when you add holes they become confection, like lace.”

But his upgrade has also helped give them a luxe look. Which is why they should appeal to boomers who don’t necessarily want to revisit the Birkenstock of their bohemian days. They could easily be dressed up and paired with long languid skirts for evenings or wide fluid pants during the day. Or, simply with jeans.

And yes, these new Birkenstocks look really cool with socks.