Finding the Right Support for That Off-The-Shoulder Look 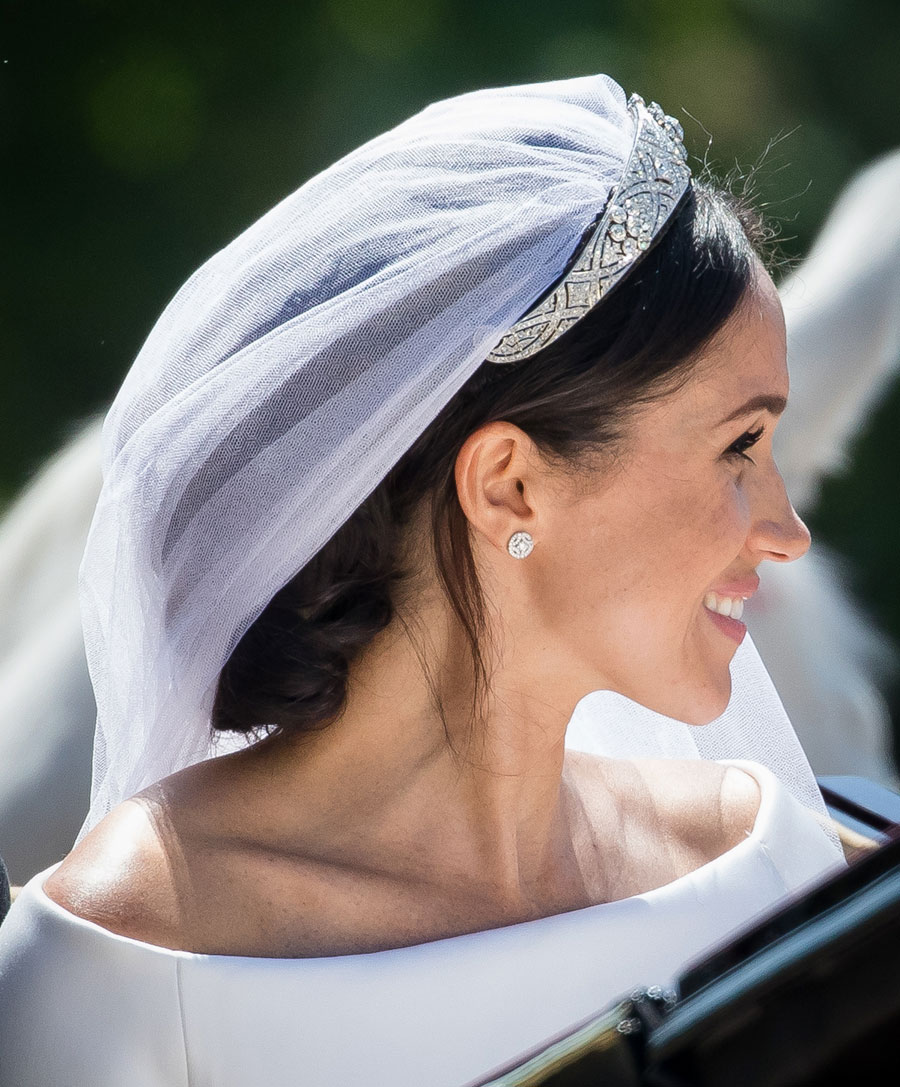 Blame it on the Duchess of Sussex (that’s Meghan to you and me). That peek of shoulder she chose as part of the design of her wedding dress was understated and elegant, but it has also served to propel the off-the-shoulder fashion trend of the past few seasons to new heights – right into the holidays, and all those shoulder-baring looks.

If, however, you’re a student of fashion like me, you’ll recall the designer Donna Karan espousing the shoulders as “the new erogenous zone.” Her “cold-shoulder” dresses – worn by the likes of Hillary Clinton and Demi Moore – some one-shoulder asymmetrical, some with cut-outs and some simply draped to suggestively reveal or expose completely the shoulders and the décolleté, worked a new sexiness that continues to be ageless, timeless. That was the early ’90s. Plus ça change …

The Markle effect, however, and the trend, bring another underlying – or underpinning, rather – conundrum. What do you wear in support? You still want your best silhouette, of course, but showy straps are not always appropriate or sophisticated.

Luckily, lingerie designers have been engineering strapless and convertible bras that work with this look and that also stay put (meaning the undergarment won’t slide southward as you wear it – my biggest complaint).

WonderBra, the brand first developed in Canada more than 50 years ago, introduces the eight-in-one convertible bra, which features “eyelets,” or multiple zones where you can customize the straps’ positions or remove them to suit almost any top.

Wacoal has also worked hard to eliminate slippage. The Red Carpet Strapless Full-Busted Underwire just about says it all. It’s also seamless, for no show-through and, according to the company, it’s the No. 1 strapless on the market.

Memory foam and breathable fabric helps La Vie en Rose’s strapless bra to remember your natural shape, which maximizes a good fit. Tip: the company also features Sleekback styles that are engineered to help eliminate the dreaded back fat and underarm folds. And leave it to the French to create a beautiful and functional strapless.

Paris-based Simone Péréle celebrates 70 years of uplifting our silhouettes, and this season introduces an embroidered satin jacquard strapless plunge called Wish that goes to an F cup, along with a smooth-lace combo called Eden Zen for a European take on elegant simplicity. Just like the Duchess. A cult favourite, Strivectin’s neck cream has been given an added boost. The TL Advanced Tightening Neck Cream Plus has been formulated with lifting, strengthening and brightening ingredients that also work to soften vertical lines on the neck and to even out the skin’s texture and tone on the décolleté. Shoppers Drug Mart