Holiday Shopper: Get Thee to the Gap for the Dsquared2 Sweatshirt 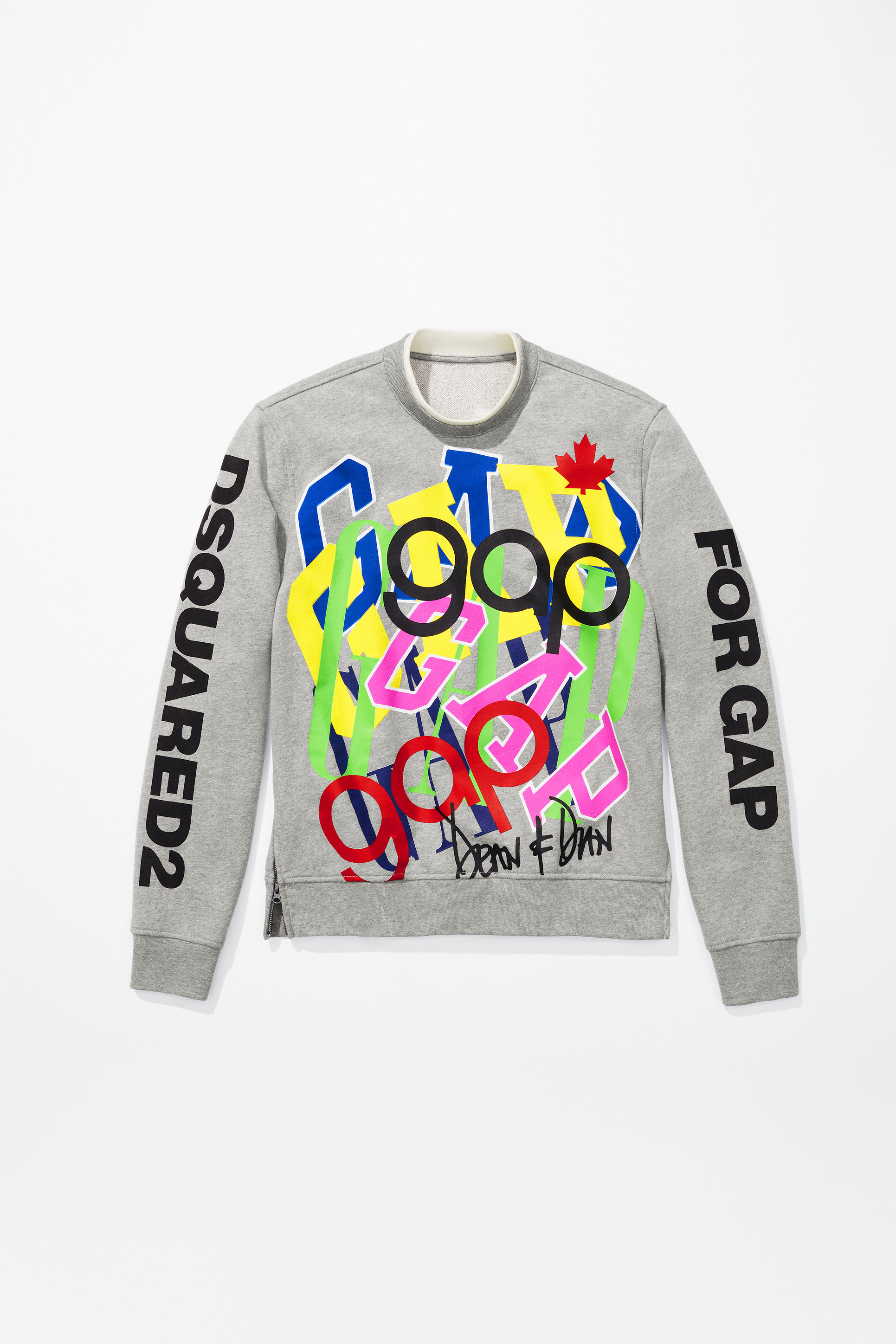 Photos courtesy of Dsquared2 and The Gap.

This week, Gap is stocking sweatshirts designed by the “Coolest Designers on the Planet.”

That lofty title was given by GQ — the international men’s fashion bible — to eight designers from around the globe who were handpicked by the editors of the magazine and the retailer to reinterpret the classic Gap sweatshirt. Every fall since 2007, Gap collaborates with GQ for a limited edition collection which highlights emerging American menswear designers. This marks the first time the program was expanded internationally to include some of the hottest menswear labels today.

Included in this marquee lineup of designers are Canadians Dean and Dan Caten. Born in Toronto, the 53-year-old identical twin brothers are the design talent behind the mega-popular Milanese label, Dsquared2. The brand is renowned globally for their sexy, hip and cheeky aesthetic — with dollops of Canadiana motifs thrown in.

The duo’s reinterpretation of the classic Gap sweatshirt has a 1980s neon graffiti vibe. “We went through the Gap archives and decided to incorporate all the logos; each one really brings back a memory. The side-zip detail and cotton shirt underlay put our Dsquared2 touch on the silhouette,” they explained to GQ.

While some of the sweatshirts and hoodies in their luxury Dsquared2 label can run up to $1,000, their Gap version is practically a steal at $105 for what will surely become a collectible. The other designers included in this limited edition collection of hoodies and sweatshirts are Balmain, Opening Ceremony, STAMPD, Surf is Dead, No Vacancy Inn, MSGM and Officine Générale. There is also a philanthropic component: GQ will make a donation in each designer’s name to an charitable organization of their choice.

Whether you opt for the Dsquared2 style or one from the other international designers, they make for a great Christmas gift, which will earn you major brownie points with that hipster grandson, nephew or too-cool teen on your list.