Why Certain Jewelry Is Worth Its Weight in Gold, Literally 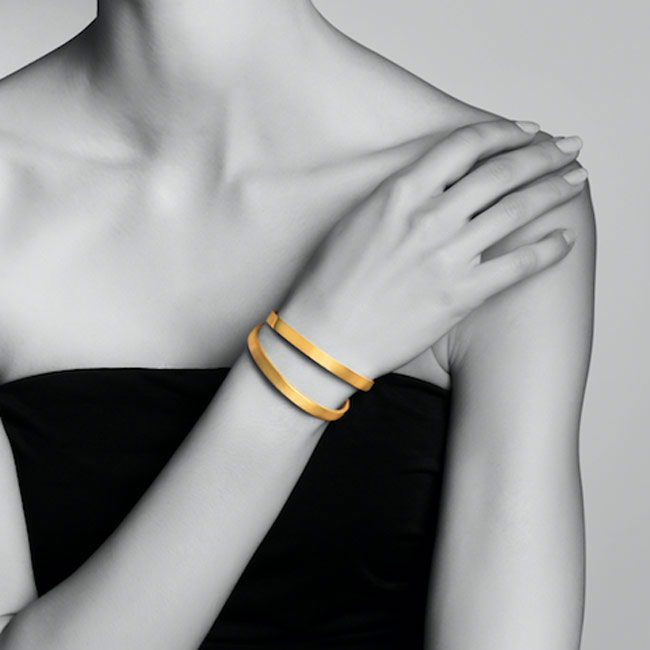 There is an episode in season four of the HBO series Sex and the City, where Carrie Bradshaw declares, “I like my money where I can see it — hanging in my closet.”

Television’s favourite fashionista’s wardrobe contained everything from designer label clothing to the most coveted handbags and a swoon-worthy collection of shoes (her footwear alone amounted to roughly $40,000, as her best friend Miranda Hobbs points out in one episode), but it’s safe to say Carrie’s wardrobe was not an investment that would accrue in value.

As a long-term investment, fashion items rarely appreciate in value — unless, of course, they happen to have the aura of iconic celebrity ownership where the right items might fetch handsome prices at auctions.

But there is one glittering item that never loses its lustre as an investment: pure gold — but only of the 24 karat variety, anything less, such as 14 or 18 karats which most people own, is not pure metal from nature but a mixture that includes man-made chemical alloys.

“It’s like the difference between Tropicana Orange Juice and real freshly-squeezed orange juice,” says Roy Sebag, CEO of the Toronto-based Goldmoney Inc. Sebag has been working in the precious metal industry for close to 15 years and is now behind the online brand Mene, which specializes in 24-karat gold and platinum jewelry. The company positions itself as investment jewelry where the pieces are sold by weight and priced according to the current market value of gold.

“I’ve been looking to democratize access to precious metals because, believe it or not, it’s quite difficult to get,” he says. “It’s always been something very rare. The central banks own it, the government owns it and very wealthy people own it.”

Part of Sebag’s mission for Mene is to educate consumers about the benefits of owning gold and learning to buy jewelry by weight. The designs do not feature gems — which increases the weight — so a customer’s purchase is a pure gold bullion investment. The collection includes charms, bracelets, cuffs and gift items, such as dice and spinning tops with prices starting around US$175 for charms.

The price list breaks down the cost for the actual gold piece and the design fee, which does not exceed 20 per cent of the value of the gold. Customers can resell or exchange their Mene pieces with the company at the going market value of gold. Mene, in turn, would melt it down to create new pieces.

It’s a business plan that disrupts the gold jewelry industry since most brands do not sell 24-karat gold and usually have huge markups. But Sebag also has another golden nugget in his business plan. The brand’s chief artistic officer — and close friend — is Diana Widmaier Picasso, granddaughter of Pablo Picasso.

An art historian living in Paris, Picasso just completed an exhibition of her grandfather’s sculptures in Rome. She, along with Mene’s jewelry designer Sunjoo Moon and model Anja Rubik, recently came to Toronto for the public listing of Mene on the Toronto Stock Exchange.

While she admits she loves fashion and has many friends in the industry, Picasso has resisted the urge to work in fashion, knowing her iconic last name would lend a polished patina to any project. “It would have been too easy,” she says with a smile.

But with Mene, the appeal was not only the concept but the idea of sculpting metal. “I’ve always loved sculpture,” she says.”We take a few metals and we shape it.” While the designs are simple and modern, she acknowledges she takes inspirations from antiquities, particularly Greek, Roman, Egyptian and Indian.

For anyone who have not have experience with 24-karat gold pieces, its most noticeable feature is its rich warm colour. “When you wear it you feel empowered. I guess that’s why the Egyptians wore it — they believed it gave them immortality,” says Picasso.

“There is also something reassuring about gold,” adds jewelry designer Sunjoo Moon. “If you look back in history, it was used as currency. In many different cultures, if you look at the history of luxury — it always came back to gold. It is older than time itself. It was here before us and will be here after us.”

And when it comes to financial investments, everyone is looking for some reassurance. Throughout history gold has never lost its appeal as a valuable asset. Investors always turn to gold as a safe option when the economy is about to slide into a recession.

Ironically, the one piece of jewelry Carrie Bradshaw always wore, was her nameplate necklace — but alas, it has little value since, as she once said, “it costs, like, nothing.” Someone should have told her to invest in one made of 24-karat gold. The Nail and Heart bracelet.