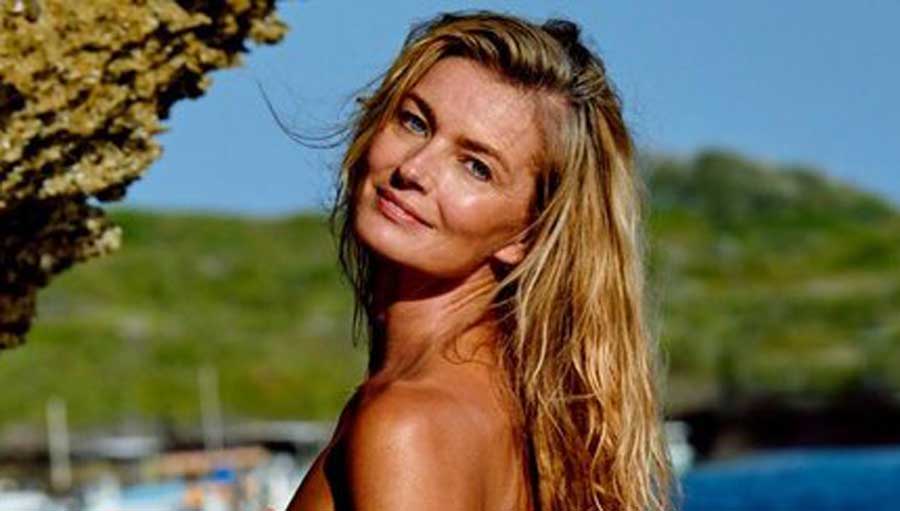 It’s been over three decades since Czech-born model Paulina Porizkova first graced the cover of Sports Illustrated but the 53-year-old certainly didn’t tone it down for her recent return to the magazine.

In fact, she’s just as toned as ever, which was more than evident as the model appears in the 2019 Sports Illustrated Swimsuit Issue wearing nothing more than a G-string.

And while the predominantly male audience pawing through the issue might disagree, the modelling legend says the decision to appear practically naked wasn’t made to titillate.

“A nude, to me, is a stop sign. It demands your attention. It’s like shouting,” Porizkova told People. “It was a political and social statement, not titillation. Posing in a bikini on a beach, that is titillation. And something far harder and more complex for a woman of nearly 54, who is being told by society her sexuality and sensuality has expired.”

Porizkova said she initially had mixed emotions about her return to SI.  Appearing alongside models less than half her age—including Raine Michaels, the 18-year-old daughter of Poison singer Bret Michaels—she admits, was “at once thrilling and disconcerting.”

“Although I am militant about ageing women still being sexy and beautiful, I don’t always feel that way. It didn’t help that the shoot fell to right after Christmas, when I had been gorging on cookies for a month and not had time to work out,” she told People. “But refusing was out of the question. I was honoured to be invited to break a barrier.”