Supermodel Christie Brinkley Turns 65 – Or Is It 20 for the 45th Time? 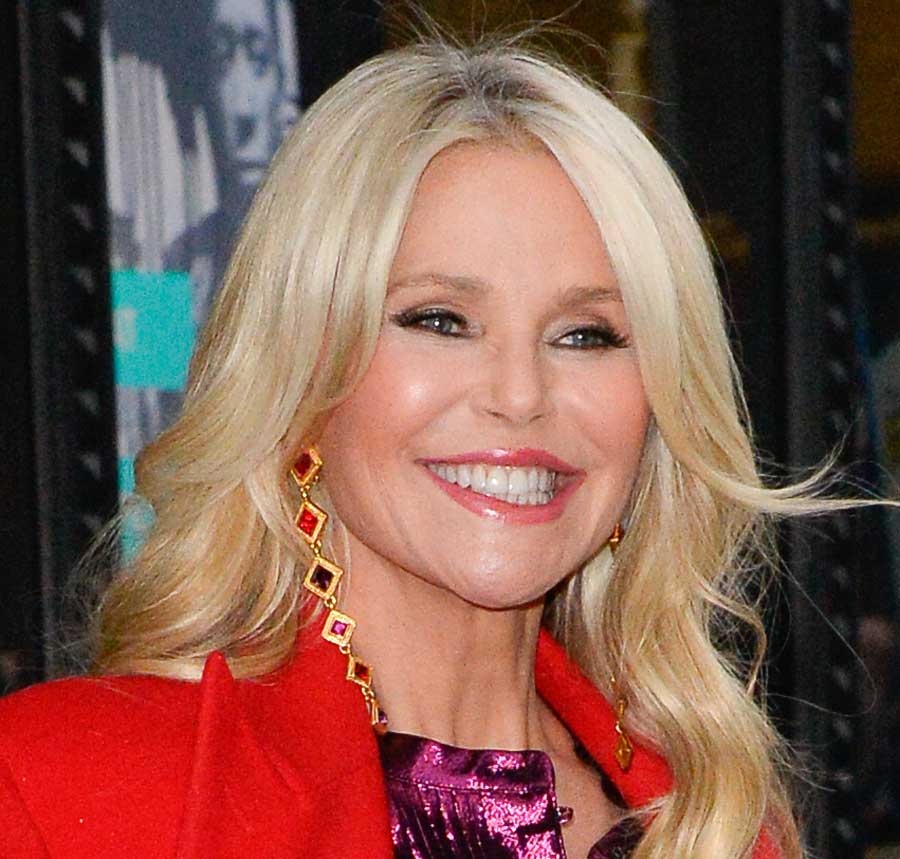 Christie Brinkley is turning 50 on Saturday, Feb. 2, for the 15th time.

So she says, jokingly. Her birthday does fall on Groundhog Day, after all. Or she could be turning 20 for the 45th time.

The aging supermodel and actress looks not much different than she did on her first magazine cover in 1974.

And still, here’s Brinkley at her 65th birthday party, wrinkle-free, model-slim, sporting a metallic minidress to show she still has those glam legs.

She might be the only woman who looks in the mirror on her 65th birthday and thinks, “Oh dear, is this really me? I look so young and gorgeous. I haven’t changed a bit!”

You can’t attribute her ultra smooth skin to a smooth life.

She’s had four marriages and four break-ups, plus an on-and-off with John Mellencamp. It was shortly after she broke up with Mellencamp that she took up for a bit with Canadian recording mogul David Foster, now 69 and soon to marry (for the fifth time) 34-year old actress and American Idol runner-up Katharine McPhee who probably looks not a minute older than Brinkley.

But I digress. Back to Brinkley, whose despite have given birth to three kids (with three different partners, by the way) has managed to maintain her model body.

She’s worked hard and made a fortune by being an entrepreneur, real estate investor, business woman and spokesperson for brands ranging from Annheuser-Busch to Healthy Choice as well as many cosmetic companies.

It’s the most recent brand she’s representing that may help to explain her otherwise inexplicable youthfulness.

I mean, really, great genes can only get you so far — and certainly not all the way to 65.

Brinkley’s pre-Groundhog Day party was in fact a promotion for Ultherapy, which she uses. It’s a “non-invasive procedure that lifts and tightens the neck, chin and brow, and improves lines and wrinkles on the chest,” according to the website.

It also shows before-and-after pictures. Just don’t expect to see any before pictures of Christie. She’s looked the same before, before before and way before before.

She’s also said she uses injected fillers to help smooth her skin but there’s no word on any surgical procedures.

Besides, Brinkley doesn’t like to focus too much on repair, touch-ups or maintenance. She likes to talk about how lifestyle can keep you looking young.

She says being a vegan has brought her good karma and contributed to her youthfulness. She also thinks “that it’s really important to go organic…great for the planet, great for our bodies. We’re surrounded with so many chemicals, so I think it’s really, really imperative that we look for organic products.”

But mainly, she’s all about how we stay young by not paying attention to how old we are.

“Everybody pays so much attention to your number,” she told People Magazine. “I like to say, ‘That’s just my biological age, but my spirit age is totally different… It’s what you’ve gathered and how you move and your point of view, your enthusiasm, your gratitude, your appreciation. It’s your energy, your aura and that’s your true age. Not that other arbitrary number.”

It just so happens that she’s fronting Ultherapy’s “Milestones of Me” campaign, which encourages celebrating the important moments at every age.

For example, she told People Magazine that she never misses a sunset.

“I make a big deal about the sunset,” she said.

Many of us seniors — and Christie Brinkley is one of us now — also like the sunset. Could be because we don’t look as old in the dark as in the sunlight.

Of course, Christie looks fabulous any time of the day or night and surely will for many, many Groundhog Days to come.

It’s just that smiling, eating organic spinach and showing enthusiasm is not likely to make the rest of us look as young as Christie Brinkley.

And it’s pretty rich, when you think about it, that someone using her preternaturally youthful looks and defiance of aging to sell Ultherapy is sending the message that what really matters as the birthdays pile up is simply positive thinking.