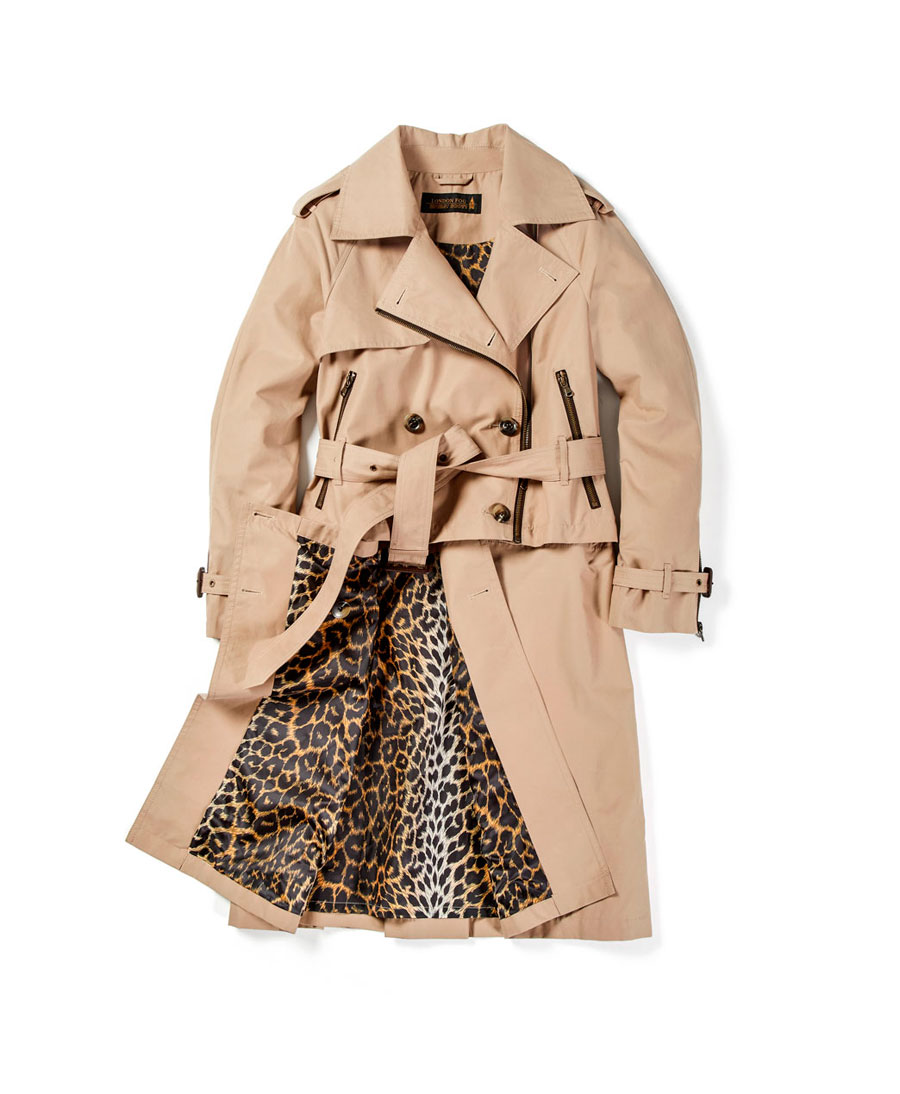 American clothier London Fog has been a name since 1923, rising in popularity after providing waterproof wear to the U.S. navy during the Second World War. However, such a storied past doesn’t guarantee a success nearly 100 years later.

To ensure the brand remains relevant, the folks at the front office reached out to American designer Jeremy Scott, the creative mind behind Moschino and his eponymous label. Scott seems to be the go-to guy for eclectic collaborations; last fall he brought glitzy street wear to a collection for H&M and added eye-popping fun to the luxury French vodka Ciroc. In past seasons he’s joined forces with the uber-popular app, Candy Crush, partnered with Mattel for a Moschino Barbie and reimagined the logos of McDonald’s and Coca Cola for Moschino runways.

For London Fog, the designer will be doing two capsule collections, the first launched exclusively in Canada at Hudson’s Bay this week and includes trench coats, laptop cases and leopard printed luggage and umbrellas.

“I wanted to play with the iconography of the classic London Fog trench coat, twisting and altering it with zippers, releasing and relaxing the bottom hem to create a mullet effect with the leopard print lining, catching one’s eye as it trains behind the wearer,” the designer said in a statement.

While this is a brand popular with a mature corporate crowd, there was room for his playful wit. Scott designed what looks, at first glance, like a small carefully folded trench coat, but in reality is a zippered laptop case.

It’s a smart and chic collection that might just have customers singing in the rain.

Please see below for a look at the London Fog x Jeremy Scott collection available at LondonFog.com and thebay.com Double breasted trench coat, available for both men and women, $348.