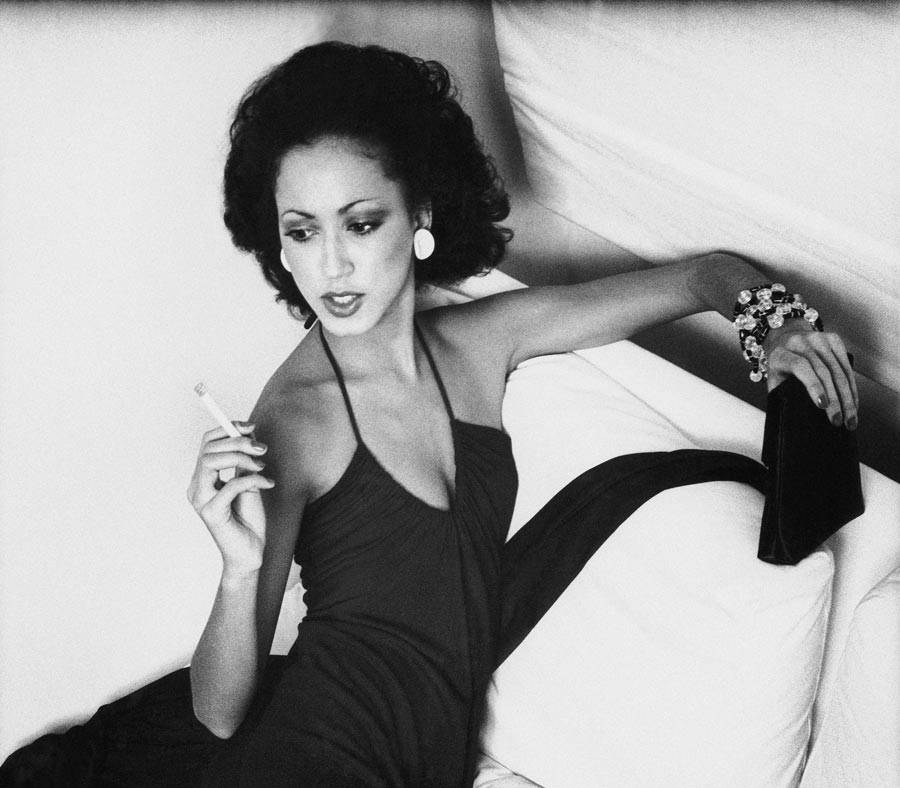 The legendary model Pat Cleveland was hospitalized in Paris a little over a week ago, where doctors discovered the 68-year-old supermodel has colon cancer, which required emergency surgery.

The African American model was attending Paris Fashion Week earlier in March, where she strutted the runway at Tommy Hilfiger. The fashion show was the toast of Paris Fashion Week, with an entire cast of black models, including icons such as Beverly Johnson and Grace Jones.

Cleveland, who has been working in the industry for more than five decades, gained acclaim for breaking race barriers back in the 60s and 70s as one of the first models of colour to grace magazine covers and to strut the international designer runways.

After this past Paris fashion week came to an end, Cleveland stayed in the city — where her daughter Anna, also a model, currently resides — but fell ill with stomach pains which lead to her hospitalization and surgery. She is currently in intensive care.

But the news of her illness only broke this week when her family set up a GoFundMe campaign to assist with her medical expenses. Cleveland’s husband, Paul Van Ravenstein, told Page Six, his wife did not have health insurance coverage for outside of the United States.

“We didn’t even think about it because Pat has been so healthy. We had no option but to set up a GoFundMe, we have been so grateful for everyone’s support, she’s worked with so many people over her career,” he said.

The campaign has already raised $54,000 in just one day. Many industry insiders left comments on the page regarding how Cleveland helped them in their career.

The couple has been married for 35 years, have two kids together and live in New Jersey.  Van Ravenstein indicated his wife is doing okay after the two and half hour surgery.

“She is going to have to undergo chemotherapy after a month, and we are hoping she’ll be home in the US to do that. We have to wait to see what the doctor says about travel for Pat. It’s a shock, how is it possible that this could happen to somebody so healthy?” he continues.

Van Ravenstein explained in the Page Six interview, despite Cleveland’s ground-breaking career, back in that era, modelling gigs did not have the lucrative contracts of today.

Cleveland was discovered as a teenager on the subway by a Vogue editor. But after some success as a model in America, she felt racism in the industry was keeping her career stagnant, so she decamped for Paris, vowing not to return until a black model appeared on the cover of Vogue (That honour would eventually go to Beverly Johnson in 1974).

During the 70s, Cleveland modelled for many of the great names in fashion — Yves Saint Laurent, Karl Lagerfeld, Valentino and she belonged to that special cadre of models who hung out with Halston, who became known as the Halstonettes. She also worked in front of the camera for luminaries such as Irving Penn and Richard Avedon.

It was no accident she was booked to model in the Tommy Hilfiger show in Paris this season. The Hilfiger show was an homage to a ground-breaking fashion show back in 1973, known as the Battle of Versailles, which pitted a group of American and French designers against each other. Cleveland was one of the ten black models who lit up the runway in that infamous show which revolutionized the industry by not only placing American fashion, but also black models, on the international map.

But Cleveland was also renowned for her theatrical manner of twirling and strutting on a runway — a signature she still very much uses to this day.

As the esteemed editor Andre Leon Talley once said, “She is the Josephine Baker of the international runways.”