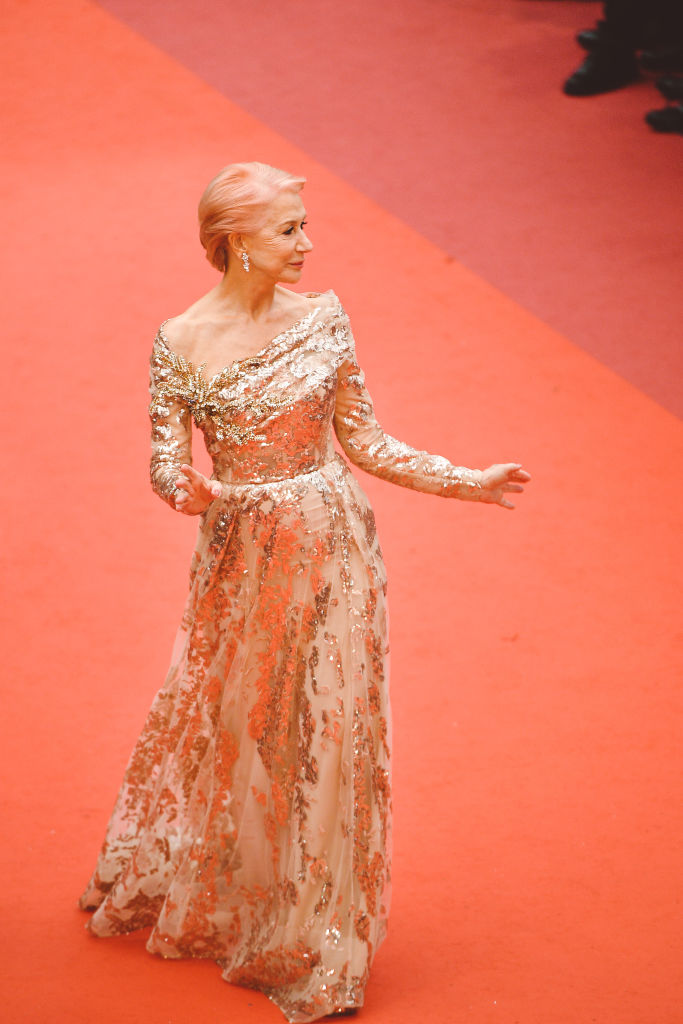 At the 72nd annual Cannes Film Festival, it’s not just the films taking centre stage. The fashions, both on and off the red carpet, are also in the spotlight at the world’s most prestigious film festival. Who wore what is almost as important as which film will win the coveted Palm d’Or.

Why is fashion such a major player at this industry-only festival on the French Riviera?

Over the past decades, this particular festival has garnered a reputation for the unbridled glamour and high octane fashion moments on the red carpet. Some of the biggest stars, from Brigitte Bardot to Elizabeth Taylor to Nicole Kidman — and even Princess Diana — have all strolled the red carpet.

It’s not just Hollywood but film industries from all parts of the world descend on Cannes, ensuring global media coverage for almost two weeks. At this year’s fest, a bevy of Bollywood beauties are turning heads on the red carpet and dominating headlines with their extravagant gowns.

And it’s not just starlets strolling the red carpets. Some of the most in-demand models also showed up, dressed the part in designer gowns and dripping in gems, thanks to luxury jewellery brands and beauty companies who are all vying for a moment in the spotlight.

But also, this is a nation where they hold fashion in high regard. Besides their major contributions to the world of films, France also has bragging rights when it comes to the fashion industry. Not just the birth place of Haute Couture but also some of the world’s most luxurious fashion brands. Not surprisingly, they enforce strict sartorial rules on the red carpet at this legendary film festival.

For the film premiers, it’s an unwaveringly black tie dress code. Back in 2015, their strict style standards blew up to an international incident when it came to light that several female guests were turned away from the red carpet for not wearing heels. Searing criticism for this sexist attitude was still ringing the following year, as several high profile actresses such as Julia Roberts, took to the red carpet in bare feet to protest.

But the glamour continues to sweep through the festival each year. While the novices and the nubile opt for sex appeal — it’s the French Riviera after all — with copious amount of flesh on display via thigh-high slits and plunging necklines, the more mature bring drop-dead elegance to the red carpet.

Here, we round up some of the seasoned pros and their stylish looks making headlines during this year’s Cannes Film Festival.

Here is proof that you are never too old to turn up the wattage when it comes to sparkle. The legendary French actress was positively luminous in an Armani Prive gown covered in large iridescent plastic discs.

The dress-and-pants combo is a tricky fashion statement to pull off.  Thankfully,  the top had a dramatic train which perhaps saved this look. So props to the model/actress for taking a big fashion risk and daring to wear something different on the Cannes’ red carpet.

The award-winning actress and L’Oreal spokesperson was on the French Riviera on behalf of the beauty company, one of the film festival’s major sponsors. Other L’Oreal beauties such as Eva Longoria, 44, and Elle Fanning, 21, were also in Cannes. Not to be outdone by the younger beauty queens, the septuagenarian actress regally strode the red carpet in a rose gold Elie Saab couture gown, perfectly accessorized with candy pink hair.

No stranger to the Cannes Film Festival — she’s been 15 times —  the actress knows to bring her A-game when it comes to walking the famed red carpet. A body-hugging gown covered in shimmering sequins by Cristina Ottaviano is guaranteed to ignite the flash bulbs.

The actress never fails to impress with her red carpet choices, often choosing some of the haute fashion labels. Here, she dazzles with her Givenchy Couture outfit.

The legendary performer was known for some outlandish outfits throughout his career. While he has scaled back on the feathers and sequins, here he plays to two of his style signatures — colour and bold eyewear.

The actress is a revered fashion doyenne, known for bold red carpet choices. She strikes those notes of originality once again in a sequin and chiffon gown by one of her favourite designers, Haider Ackermann.