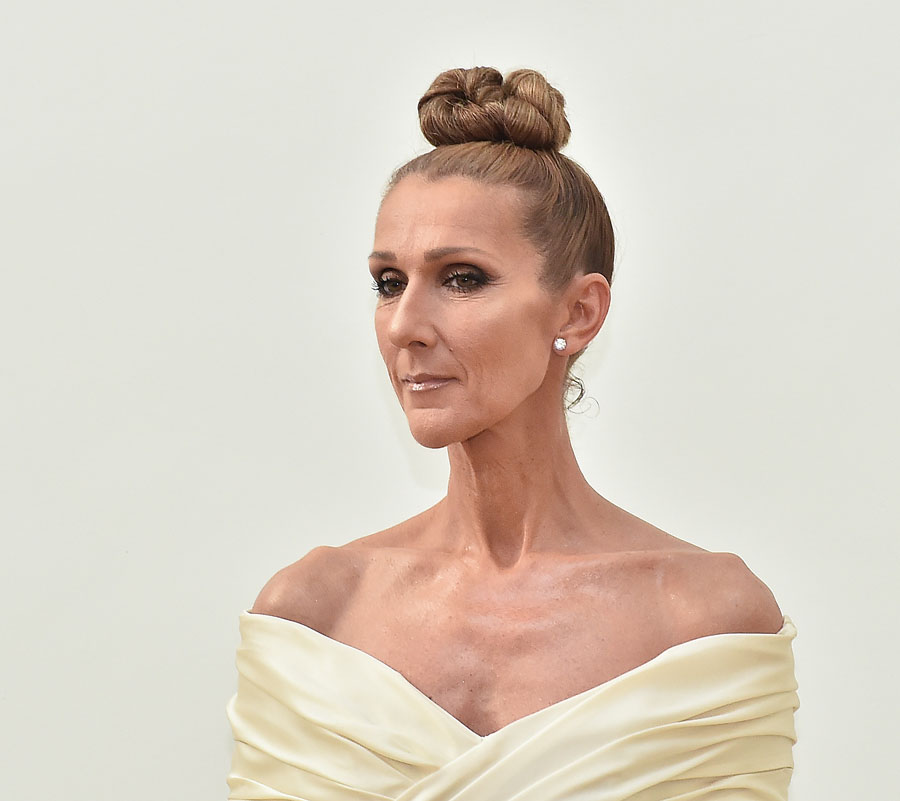 If it is Paris Haute Couture Week, then it’s time for the Celine Dion Fashion Show.

Once again, the Canadian chanteuse is in the fashion capital and has taken her front row perch at the couture shows this week. And there is no other celebrity in attendance to rival her unbridled enthusiasm for dressing up to attend these fashion shows. Her extravagant outfits, her model-svelte body, the multiple wardrobe changes throughout the day – all make her a one-woman fashion show unto herself.

But whether or not it’s because of the heat wave currently scorching most of Europe, her outfits during this fashion week have also been most revealing, showing off the sculpted figure of this 51-year-old performer. Last week, she was photographed wearing a sleek black Chanel unitard and just yesterday, her toned and bare legs were on full display, when she wore nothing but a blazer and bodysuit by Off-White. Yep, headlines were screaming Dion was literally out in public with no pants.

Because there’s one thing which has come to be expected from Celine Dion — she’s not afraid to take fashion risks. And her style will cause as much excitement as the couture runways.

Please see below for some of legendary singer’s looks this past week at the Paris Haute Couture shows.

At the Schiaparelli Haute Couture show, the French Canadian singer shows how she wears a little black dress. She adds drama with leather gloves, open-toe boots and a sculptural head piece.

Seen here with a gallant companion, the singer opted for a futuristic looking gown by Iris van Herpen.

Definitely not going for a jog, Dion accessorizes her Chanel unitard with strappy stilettos and a chain belt.

At Age 51, Celine Dion Is the New Face of L’Oreal Paris