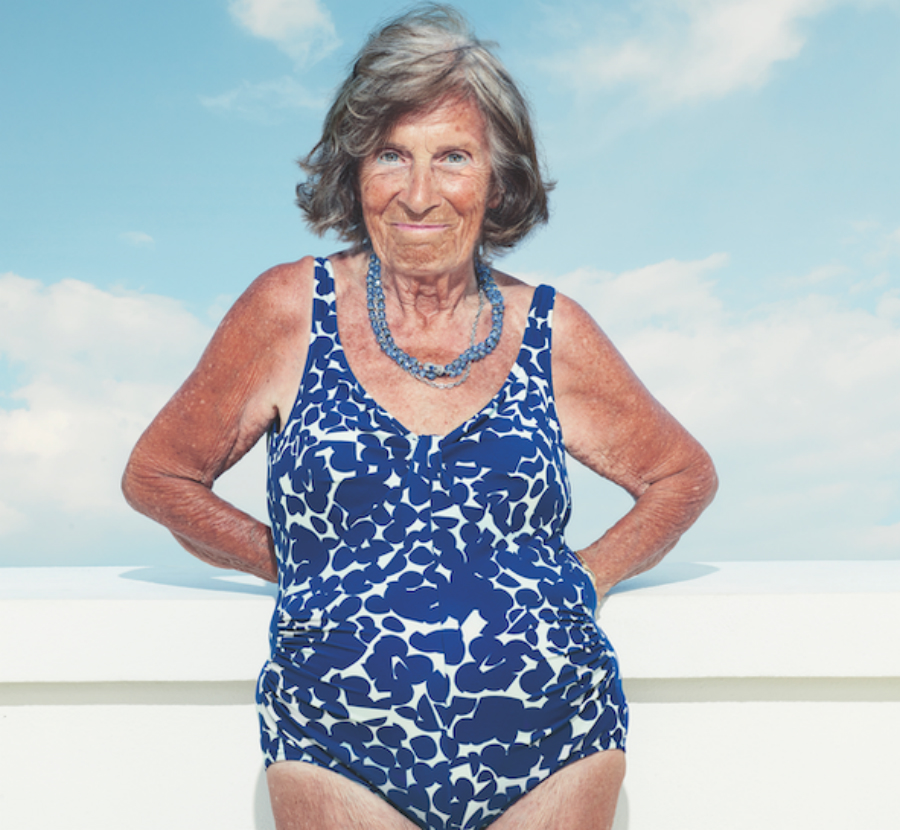 Thanks to Hollywood, a woman in a bathing suit became an iconic pop-culture image.

You might be hard pressed to remember some plot points of the ’90s hit television series Baywatch, but Pamela Anderson in the red one-piece swimsuit left an indelible mark on your mind. And who can forget that 1970s poster of Farrah Fawcett posing in a red bathing suit, all blond bouncy curls and mega-watt smile? Even the esteemed Smithsonian declared it the best-selling poster of all time. Going further back to the 1950s, photos of Brigitte Bardot in a bikini on the French Riviera helped popularize the daring two-piece.

Of course, what all these bathing-suit beauties had in common was youth. The image of an older woman in a swimsuit was one that never saw the light of day.

But finally, they are able to bask in the sunshine in all their bikini glory.

For its annual “Swimsuit Edition” this year (in print since 1964), Sports Illustrated featured the 45-year-old Tyra Banks on the cover — in an itsy-bitsy yellow bikini.

And it also appears women of a certain age are not sitting around waiting to be hired as bikini models — but are wading out into the tide and launching their own bathing suit labels. Elizabeth Hurley, 54, not only designs her own brand of beachwear but also routinely models her bikinis on her Instagram account. Gwyneth Paltrow, 46, also took the plunge into swimwear, now designing and modelling her bathing suits under her wellness brand, G. Label.

But it’s not just older women proudly unfurling beach blankets. Plus-sized beauties are also setting up shop on the sand. Ashley Graham, the plus-sized model, launched Swimsuits for All and, as the name of her brand suggests, everyone should be able to wear a stylish swimsuit on the beach, regardless of size — or age for that matter.