Lauren Hutton’s Fall on the Valentino Runway: Should She Have Been Wearing Those High Heels? 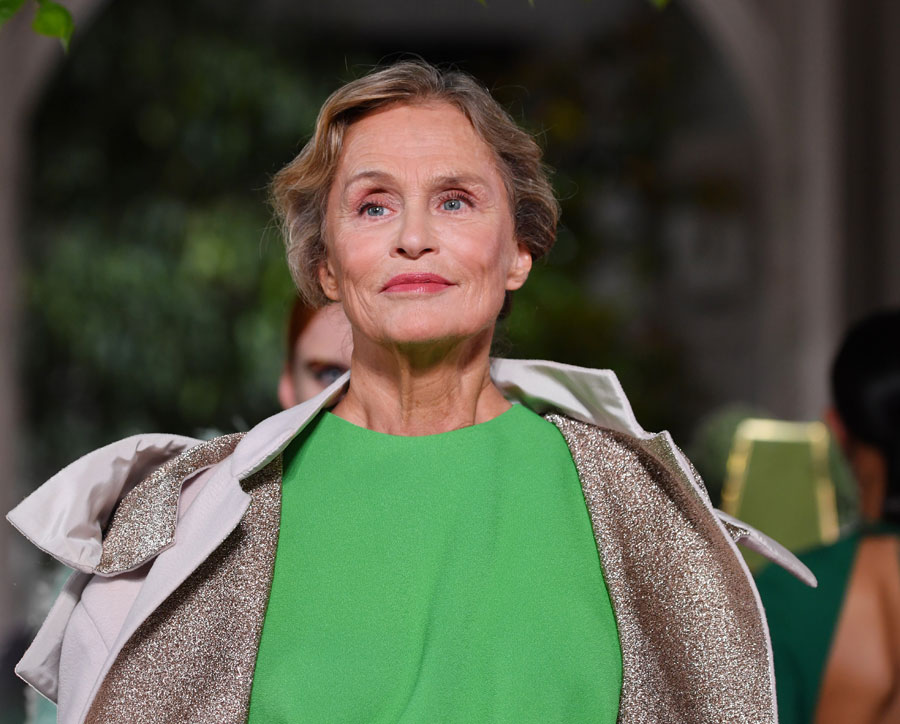 When Lauren Hutton, age 75, lost her balance, fell backwards and landed on her bum last week while walking the runway in four-inch heels at the Valentino show in Paris, a collective gasp echoed around the fashion world.

It was a clear case of aging and fashion colliding.

One opinion: “Why in heaven’s name was an older woman tottering around in hazardous heels?”

Another opinion: “Who says a model of any age — and any fashion-conscious woman, for that matter — shouldn’t wear whatever she wants and whatever she’s comfortable wearing? Besides, a little tumble onto one’s backside is no big deal.”

Health and safety? Or long-legged sexiness boosted by huge heels?

It’s only an issue right now because there have never been more mature models on the runway before. In fact, it used to be that 40 was considered elderly for a model.

Hutton, of course, is not your average old lady.

She’s a force of nature.

Hutton has been walking runways since the 60s, challenged existing norms of beauty with her gap-toothed smile and, at the age of 72, modelled alongside Gigi Hadid at a Bottega Veneta show. A year later, age 73, she appeared in a Calvin Klein underwear campaign wearing an open blouse and a bra.

In her 50s, she was almost killed while speeding on her motorcycle during a celebrity ride in Las Vegas. She broke multiple bones and remained in a coma for weeks. And then made a complete recovery — albeit with multiple scars, a titanium rod in her leg and 16 screws in her arm.

Before hopping on her motorcycle for that celebrity ride, Hutton told the Las Vegas Review-Journal that she’d been riding two-wheelers long before she ever bought her first car. “I love the feeling of being a naked egg atop that throbbing steel. You feel vulnerable but so alive.”

Pushing herself to the limit and, now, defying aging is what Lauren Hutton does and who she is.

But maybe we should blame Valentino Haute Couture for sending her out to walk in precarious footwear?

A writer for the Daily Mail in London thought so.

“One valuable and important lesson some designers still have to learn: Most elderly women avoid wearing heels for a reason.”

Sad, but true. We may no longer be wearing the sensible laced up orthopaedic galumphers our grandmothers started wearing in their old age, or what they thought was their old age which was, oh, around 60, but few older women want to risk broken hips, sprained ankles or exacerbating bad knees and aching backs to perch on stilts, er, stilletos.

So we opt for platforms, espadrilles, boat shoes, tennis shoes and hiking boots, or maybe block heels or kitten heels.

And we save the gorgeous, sexy high heels for the times (which admittedly are fewer and far between) when we still want to try to look at least a little hot — and health and safety be damned.

After all, poet Dylan Thomas advised us to rage against age and to not go gentle into that good night, so why shouldn’t we go wearing four-inch heels?