Beautiful at All Ages: Lauren Hutton, 75, the New Face of StriVectin 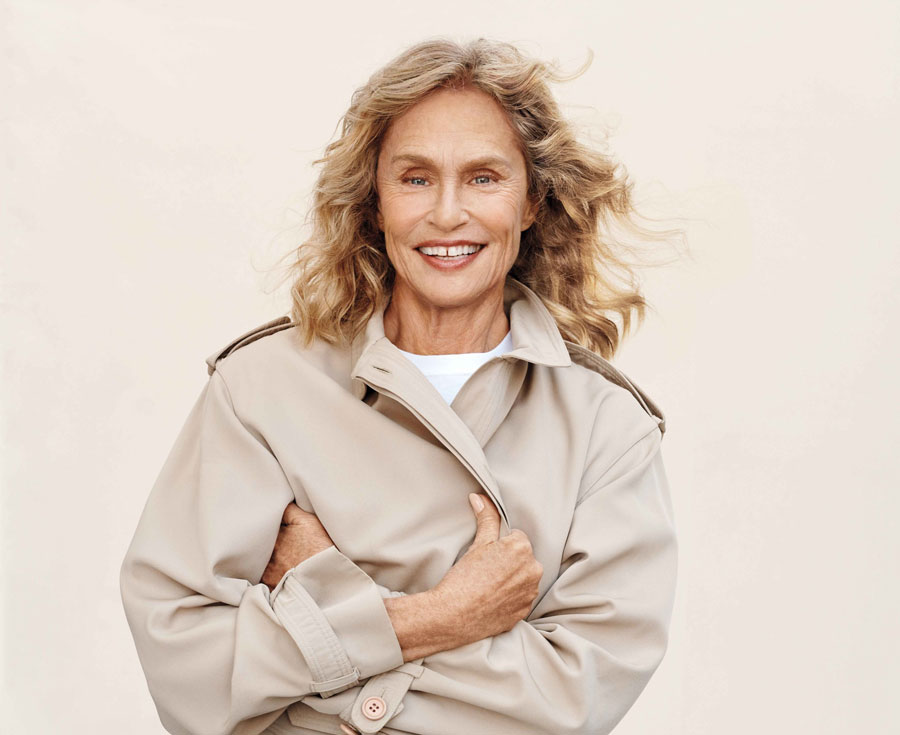 At age 30, Lauren Hutton landed her first exclusive beauty contract with Revlon. Now at age 75, the famously gap-toothed model and actress, who said, “We can be beautiful at all ages,” is still proving she has the face to launch world-wide beauty campaigns.

StriVectin, the clinical skin care line, recently announced the iconic model will be their Global Brand Ambassador, marking the first time the company has hired a celebrity spokesperson. The ad campaign will feature Hutton, along with her goddaughter Nina Clemente, a professional chef, and will promote a re-worked formula of the brand’s first cult product – SD Advanced Plus Intensive Moisturizing Concentrate. This anti-wrinkle and stretch mark cream sold more than 8 million tubes since it first launched back in 2002.

“The thing I’m proudest of in all my work is forcing my way at age 47 back into modelling. And this, now . . . this is the second proudest, doing this campaign with Nina and StriVectin,” Hutton said in a release.

Since she started modelling back in the late 60s, Hutton’s career has seen many trailblazing moments over the past five decades.

In those early days, her gap-toothed smile was not considered winsome but Hutton chose to embrace the imperfection rather than succumb to any idealized beauty standards.

And it certainly did not impede on her landing on a record 40 covers of Vogue magazine. Even as recent as 2017, when she appeared on the cover of Italian Vogue, she broke an age barrier as the oldest Vogue cover star.

The same year, she was also celebrated for crossing other fashion boundaries when she was featured in a Calvin Klein underwear campaign — a brand famously noted more for its depiction of the young and nubile.

Hutton also helped usher in revolutionary changes in the modelling industry. She was one of the first models to demand a contract with Revlon, which single-handedly changed how models were paid, leading to the lucrative cosmetics deals of some of today’s supermodels.

Known for her frank and outspoken manner, at age 47, she saw most fashion magazines did not feature women over age 30. Instead of having her agent fight for jobs on her behalf, Hutton picked up the phone and called all the editors she knew and reportedly told them, “You know, we’re at this nexus in history where women have got to be allowed to represent.”

Despite making a crossover to Hollywood, landing roles with such leading men as Richard Gere (American Gigolo) and James Caan (The Gambler), it appears the fashion world can’t get enough of her as a septuagenarian.

In the recent round of couture shows in Paris, she walked the Valentino runway and despite slipping during the finale, the Financial Times Fashion declared her one of the best things about the show.

And now with a new beauty contract, expect to see more of Hutton’s face and her refreshing candour which goes more than skin-deep.

As Joan Malloy, CEO of StriVectin, said in a release, “We’re inspired by her intelligence, resilience, authenticity and fierce determination. We see her as a real partner, with a shared passion and purpose. We’re not just interested in her face — we want her voice and opinions as well.”

Lauren Hutton’s Fall on the Valentino Runway: Should She Have Been Wearing Those High Heels?