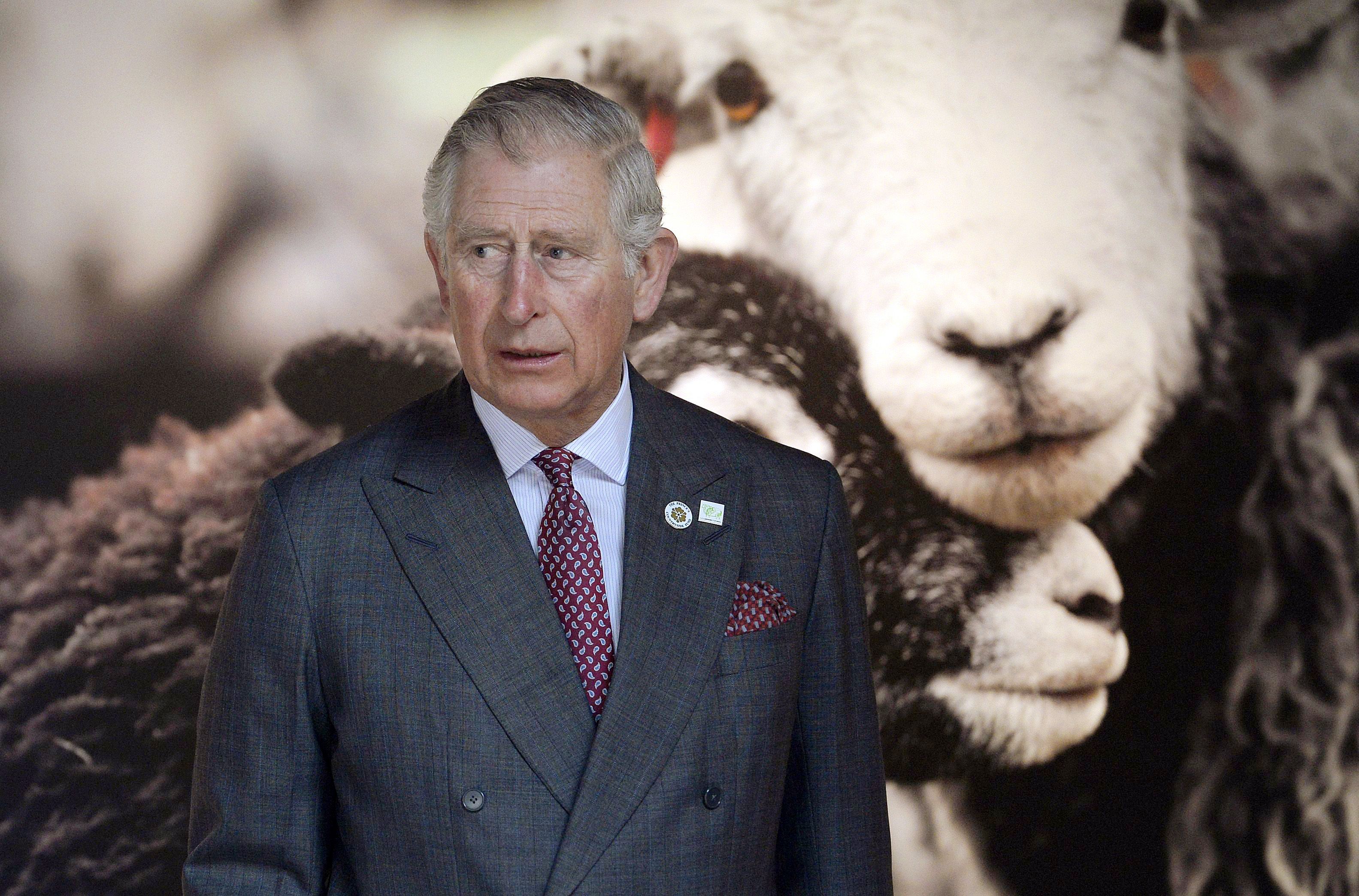 Prince Charles on a Royal visit to Cumbria, England where he viewed a photography exhibit on Hardwick sheep in April 2015. Photo: Shutterstock

Anointed one of the top 10 best dressed men of 2019 by British GQ magazine, Prince Charles beat out fashion thoroughbreds like David Beckham and Ryan Gosling. Yet the always-dapper Royal routinely wears decades-old bespoke suits, some with noticeable patches and mending. One of his Savile Row tailors keeps a box of fabric swatches of every suit they ever made for repairs.

The man who will be king one day is not afraid to recycle, up-cycle or shop his own wardrobe and clearly invests in quality and long-lasting fashion.  A renowned environmentalist, the 70-year-old prince is leading the charge to show the fashion world how to mix style with sustainability.

He made headlines during London Fashion Week in September when the eco-friendly label Vin + Omi catwalk show featured outfits made of nettles from his Highgrove home. The Prince of Wales invited the two designers behind the label to harvest the weeds at his estate, which they turned into a cashmere-light material for their collection. Not only helping two young designers, the prince also put the spotlight on nettles as a cheap source for material, as it once was centuries ago.

But the heir apparent has also been advocating the use of a much more common material. The Campaign for Wool is an endeavour HRH initiated in 2010 to raise awareness of the many benefits of this natural fibre from renewable (sheep produce wool every year) to  biodegradable (wool breaks down faster in soil and releases nutrients while synthetic fabrics are slow to degrade).  Bringing together sheep farmers, fashion designers, retailers and manufacturers across the globe, the campaign has renewed demand for wool and its myriad of uses from fashion to decor and home insulation.

In Canada, luxury department store Holt Renfrew partnered with The Campaign for Wool this fall for a lineup of limited edition wool pieces designed by three Canadians labels: Mikhael Kale, Line and Smythe. Using British wool, the exclusive capsule collections are being sold online and in the store’s H Project department — a division dedicated to socially conscious goods, both local and from around the world.

“The Prince of Wales is a generation ahead of his time when it comes to being eco-friendly,” says John Muscat, the designer behind Line, a brand that entered the international spotlight when Meghan Markle wore one of his coats in 2017 for the announcement of her engagement to Prince Harry.

Prince Charles has spent the past four decades championing environmental causes such as climate change, deforestation, ocean pollution and tirelessly advocating for a sustainable future. In 1990, he launched a brand of organic food products under the Duchy Originals label. But as an early adopter for saving the planet, he was often ridiculed and labelled a tree-hugger in those early days.

But the world is now on board, with Swedish climate activist GretaThunberg, 16, leading the charge and mobilizing an estimated seven million youth and adults to participate in her climate strikes. On September 23, an estimated  2,500 events were scheduled in over 150 countries ahead of the UN Climate Action Summit. Millions more participated in the Sept. 27 protests, including Thunberg herself, who joined the action in Montreal.

Thunberg has even inspired people of Prince Charles’ vintage, including Oscar-winning actress and long-time activist Jane Fonda, 81, who this week moved to Washington to double-down on climate change rallies. Today, the actress was arrested during a rally with Oil Change International, a clean-energy advocacy group, outside the U.S. Capitol building.

The prince has taken steps in his personal life to live more sustainably. His offices uses energy from renewable sources and solar panels were installed several years ago at Clarence House.

Prince Charles is not the only royal who sees the long lasting benefits of wool garments. His daughter-in-law, Kate Middleton, owns a couple of wool blazers from the Canadian brand Smythe and has been wearing them regularly since she was first seen in one back in 2011 on a Royal visit to Canada.

Smythe is known for their exquisite tailored blazers designed by Andrea Lenczner and Christie Smythe. The brand started out in 2004 with a dedication to perfecting the woman’s blazer, which sent them on the hunt for the ultimate fabric to use for this wardrobe staple. It was near impossible to find any Canadian mills producing wool and that’s when they became fans of British wool. “It drapes really well,” they enthused.

As it turns out, not all sheep are alike. Due to factors from diet to climate, the sheep in the U.K. are known for producing a more fine and luxurious wool. The wool of Canadian sheep are used more for hard-working textiles such as carpets and furniture upholstery.

But as the Campaign for Wool notes, it has numerous benefits beyond being renewable and  biodegradable: it is breathable, odour resistant, easy to care for, provides UV protection and is a natural insulator.

It’s a reminder to cozy up to this wooly material.

Please see our gallery below for some of the pieces from The Campaign for Wool X Holt Renfrew.