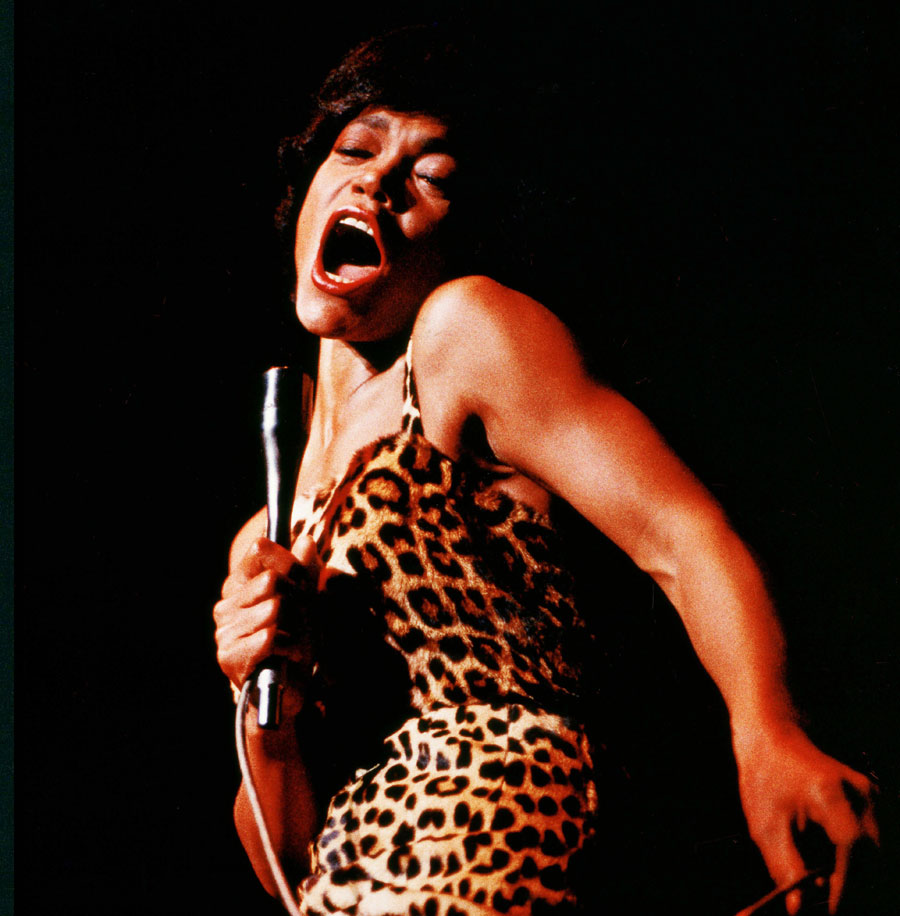 There is no other printed fabric in fashion that elicits such visceral reactions of ‘love it’ or ‘hate it’ quite like leopard print. Yet, the polarizing print shows up with increasing frequency on the runways. This fall, a veritable jungle of wild animal prints have invaded the retail landscape, but amongst the tiger, zebra and giraffe patterns, leopard lords it over them all as the most prolific of prints.

The gold and black rosette markings of this big cat has a long history being fashion’s favourite feline. It is the rare print indeed that can be worn by royalty, screen sirens, First Ladies and pop stars alike. But as it meandered throughout generations of style devotees, it developed an ever-evolving reputation ranging from powerful, seductive, sophisticated, rebellious, sexy to down right tacky.

But way before the feral cat print showed up on designers’ runways, even as far back as antiquity, women have been attracted to the bold magnificence of leopard print.

In the Louvre, there is a display of an Egyptian stele — a painted funeral tablet — recovered from a tomb in Giza, which depicts Nefertiabet, an Egyptian princess dating back to the Fourth Dynasty, the height of the pyramid building era. Whilst the purpose of the stele is to depict the food and other sundry goods she’d require in the afterlife, modern day fashionistas will find the royal outfit most notable; a leopard print one-shouldered gown, which looks shockingly contemporary.

In her book, Fierce: The History of Leopard Print, author Jo Weldon noted that wild cats used their graphic markings as camouflage to blend in their surroundings when hunting for prey, but fashion took the animal print and used it as means to stand out.

“Those who choose to wear leopard print may not mean to say that they are predators, but they are definitely saying they are not prey,” Weldon wrote. “The print expresses the power they feel within or makes them feel armored against the power they may lack.”

While leopard fur was accessible only to the wealthy during the 18th and 19th centuries, the early 1900s brought the rise of mass production of clothing and synthetic textiles, allowing for printed leopard fabrics. During the Art Nouveau and Art Deco, the print grew in popularity and was deemed glamorous.

The allure would reach the height of decadence with images and stories of Josephine Baker — no stranger to a leopard print — strolling around Paris with a pet cheetah on a diamond leash during the 1930s.

But before Dolce and Gabbana and Roberto Cavalli would adopt the leopard print as the leitmotif of their modern day fashion houses, Christian Dior, in his seminal New Look show of 1947, featured a leopard print outfit, thus marking the first time a major designer used the print, instead of fur, in their collection. It not only gave leopard print the cache of couture but would pave the way for the print to be adopted by a steady stream of designers.

Leopard fully hit its stride in fashion by the early 1960s but unfortunately, a single fashion moment placed actual leopard animals in danger.

Jackie Kennedy wore a coat made of real leopard pelts designed by Oleg Cassini to an official engagement in 1962 with her husband, President John F. Kennedy. The style icon wielded such influence, real leopard coats sales soared, resulting in some reported 250,000 leopards being killed in the following years.

The designer would later admit he was devastated with guilt over the damage he caused to the species. By the early 70s, the U.S. government put a ban on the importation of leopard fur.

The 1960s, also helped the print develop some serious sex appeal. Thanks in part to the sultry Eartha Kitt. The singer and actress was a fashionista with a penchant for animal prints and you might say, it helped sharpen her claws to play her most famous role — Catwoman, in television’s Batman.

But the 60s was also the beginning of the decline of leopard’s vaunted position. The 1967 movie, The Graduate, starring Dustin Hoffman and Anne Bancroft was a story of a male college student seduced by an older woman. The movie is considered a classic and the character Mrs. Robinson was viewed as sophisticated and chic. However, over the years, her leopard coats developed the unsavoury image of the pattern most favoured by the sexually aggressive older woman. By the time Peg Bundy and her leopard leggings arrived on the scene in the 1980s sitcom, Married … with Children, leopard was viewed as tired and tacky.

It took Paris-based designer Azzedine Alaia to usher in the new era of leopard with his fall 1991 collection. The show featured an array of sexy body-con leopard print knit dresses, along with leopard print shoes, gloves and hats. The head-to-toe leopard look was impactful and Vogue described it as “animal magnetism.” This being the height of the supermodel era, seeing the print on the Amazonian bodies of Naomi Campbell and Claudia Schiffer, also helped re-ignite the allure of the seductive power of leopard.

Other designers such as Dolce and Gabbana, Versace and Roberto Cavalli, would also bring leopard print back from extinction by making it part of their house codes.

The feral print is now more wildly popular than ever, being embraced by lower priced brands. With its ubiquitous appearance in fashion, it transcends being a mere trend and should be canonized into fashion’s pantheon of classic prints — the home of tartan, polka dots and nautical stripes.

As the former powerhouse Creative Director of J.Crew, Jenna Lyons, once declared, “As far as I’m concerned, leopard is a neutral.”

Please see the gallery below for a few investment-worthy leopard pieces for fall.