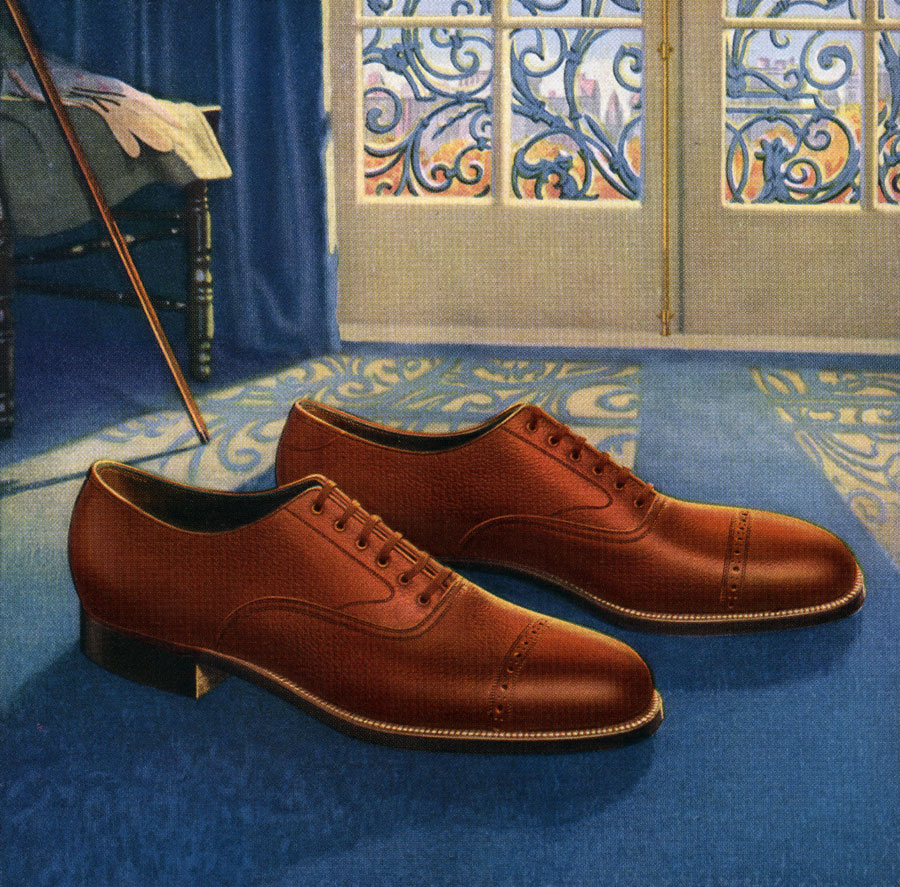 In 2004, when they shot the horror film reboot of Dawn of the Dead in Toronto – the one that takes place in a shopping mall – the filmmakers happily had a recently-emptied mall at their disposal in the city’s Thornhill neighbourhood.

I remember thinking at the time, how does a mall close? Aren’t malls the things that caused mom-and-pop stores to close all over the country for a generation, and that figuratively drained the lifeblood out of downtowns from coast to coast?

On a related note, I recently broke a long-time personal rule and bought shoes online for the first time – blue leather Italian loafers that kept popping up on my Facebook feed until I couldn’t resist any longer.

We’re not exactly online shopping newbies. My house regularly receives packages from online orders of stuff – so many, that I may install a hover pad when Amazon finally delivers on its promise to deliver by drone.

My son buys his shoes online, because he says his size, 11 ½ is unavailable at most stores (and it’s invariably cheaper, even with the delivery fee).

Between us, we’ve bought online t-shirts, books, vinyl albums, BluRays, digital gizmos and computer parts, actual computers, an HD projector. My wife even bought our current dishwasher online. She had it picked out and paid for within a half hour after the old one died.

A decade ago, I wouldn’t have considered giving out my credit card number to faceless retailers online. But then, a decade ago, I laughed at the notion of people on a social media site being “friends.” (“Ask them if they’ll lend you money,” I’d tell Bianca. “That’ll tell you whether they’re friends or not.”)

But shoes are a profound line to cross, a visceral jump in my willingness to buy online. The tactile, try-on, walk-around, get-to-know-you ritual of shoe buying is hard to give up. And if this turns out badly, I probably won’t do it again. Still, these are very cool-looking loafers.

It is not without guilt that I shop from my couch. Entire chains of bricks-and-mortar stores are going bankrupt; just over a year ago, Sears Canada, went under with a loss of 12,000 jobs. Unlike the newspaper industry that collapsed under me – which contributed to its own demise by offering its own product for free online – retail stores are simply being outpriced and killed by convenience.

There are other factors in the slump in real-world retail. One is the real estate that stores occupy. It turns out that Canadians are the second-most malled people on the planet, after Americans. According to stats from the Shopping Centre Council of Australia, Canada has 143 square miles of Gross Lettable Area (basically, retail floor space) per 100 persons – almost seven times the figure for Germany. (In the U.S., it’s 219).

Statistically speaking, this means that you, personally, are being depended on to keep about 1.5 square miles of retail space in business in any given year with your wallet. This is quite a responsibility.

It also means, our malls have a long way to fall.

Despite all the online activity, I, like most people, still do the bulk of my buying face-to-face. On nights when we do take-out, everybody else’s inclination is to order online via Uber Eats or a similar third-party delivery service. Mine is to order pickup and get in the car. (I should mention that, this way, you not only avoid delivery fees, but often get a discount for cash pickup orders. Saving a few bucks. It’s a dad thing.)

This is not just a big city issue. The 2014 documentary The Lost Highway chronicled the decline of a village near Kingston, Ontario – the last retailer in what was once the downtown being a folk artist who closed her doors, not because she was going out of business, but because nearly all her business was with city people online.

It is not overstating it to say that this affects our cohesion as a 9,000-kilometer-wide country. Every city, town and village in the country started with a reason to exist – a local mill, factory, mine, a train stop, etc. In many towns now, the only decent paying job is in the local government office, with the rest of the workforce in service jobs. Banks don’t want to operate in small towns. Indeed, branches nationwide are in decline, with predictions that there’ll be a third fewer in five years.

Yes, I do my banking online. Sometimes, I get paid by cheque, which requires me to use a branch ATM. But a lot of my income is in E-transfers. Most government interactions, including your taxes, vehicle permits, etc., can be done online.

What this means is that only Luddites are keeping alive the ancient tradition of paying money over a counter and getting goods handed over in return. I see it happening, and though I remain part Luddite, am still part of the problem.

But still, those shoes…

This story was originally published on July 3, 2018

3 Online Shopping Tips That Will Save You Money