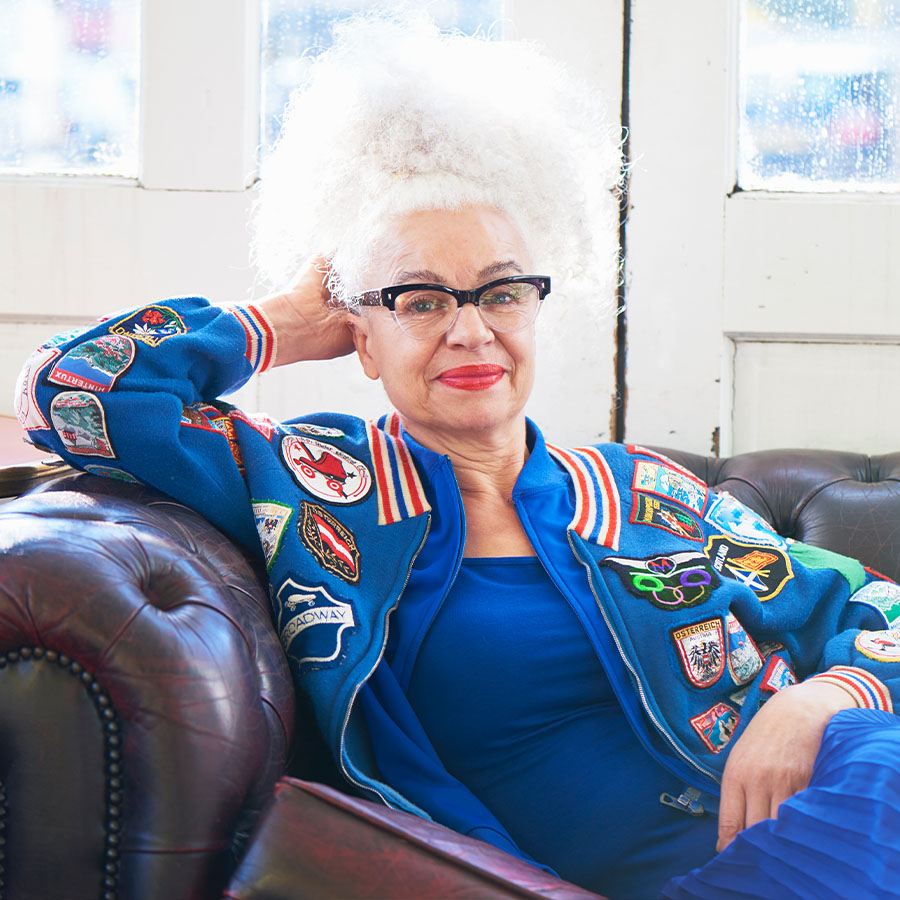 Inspired by an Instagram account celebrating the everyday style of older women, two researchers explore how women over 50 are amplifying their voices and changing their representation in the fashion and beauty industries as Instagram influencers. Photo: Tara Moore/GettyImages

Until recently, the idea of paying close attention to mature women’s style would have, at best, been met with little interest from other consumers and the fashion industry but most likely completely ignored.

After all, to be fashionable and feminine has typically been viewed as requiring youth. What could older female consumers possibly teach us about being stylish?

Following the unexpected popularity of what’s known as the “advanced style” phenomenon, discussions about ageism, gender and fashion have been attracting increasing attention in the popular media, including the New York Times. The @advancedstyle Instagram account, created in 2008 by American street style photographer Ari Seth Cohen, helped fuel these critical conversations.

Cohen’s celebration of the personal styles of regular women 50 years of age and older has launched a flourishing consumer movement.

More than a decade after its creation, the Advanced Style Instagram account has more than 300,000 followers, boasts a hashtag (#advancedstyle) that’s been used more than 205,000 times, is regularly featured in major fashion magazines around the world, like Vogue Australia, and expanded into the realm of coffee table books in 2012 and 2016, as well as adult colouring books.

There is even a feature-length documentary dedicated to the Advanced Style movement.

In light of this social media success story, my colleague Marie-Agnès Parmentier and I decided to explore how women over 50 are amplifying their voices and changing representations in the fashion and beauty industries by becoming official Instagram influencers.

To do so, we conducted a focused media and netnographic investigation of the advanced style movement and its Instagram influencers. In particular, we followed 10 popular Advanced Style influencers from our personal Instagram accounts for 12 months.

This online participant observation, which is a big part of conducting netnographic research, provided us with first-hand experiences of the influencers’ marketing activities and fan interactions.

Our complete study is now published online in a special issue of the Journal of the Association for Consumer Research focusing on gender, markets and consumers. Overall, we have found that all 10 Advanced Style influencers use the social media platform to actively fight gendered ageism rampant in the fashion and beauty industries.

Successful aging not only turns people’s inevitable biological deterioration into a personal project, it also provides concrete strategies of how to best be old. In 1997, American physician John W. Rowe and his psychologist colleague Robert L. Kahn, defined successful aging, first and foremost, as “encompassing the avoidance of disease and disability, the maintenance of high physical and cognitive function, and sustained engagement in social and productive activities.”Specifically, these women enact two forms of embodied resistance informed by the western dominant discourse of successful aging: They deconstruct gendered and ageist fashion, and they defy gendered and ageist beauty standards.

The fashion market makes sustained engagement difficult, given it’s replete with discriminatory rules about what to wear and especially what not to wear once a woman turns 50. These style rules include no longer showing one’s body through tight, short or low-cut clothing, adopting a less colourful wardrobe and makeup and retreating from ultra-modern, cutting-edge styles.

In the sphere of influencer marketing, style activism also means deciding what brands to endorse and collaborate with, and what brands to pass and avoid. The advanced style influencers often refuse to be “the token senior” of a marketing campaign.

Gendered Ageism in the Beauty Industry

The majority of the advanced style influencers equally reject the anti-aging beauty industry that transforms getting older into a disease. The multi-billion-dollar industry also falsely promises everlasting youth in a bottle.

We find that these women opt instead to popularize natural, greying hair, wrinkles and body scars through their Instagram posts. For eons, beauty brands have told aging women that greying hair is a mortifying problem that must be hidden, whereas for older men it remains a sign of mature sexiness. Grey hair is consequently a defining feature of these influencers’ embodied resistance, and one that’s front and centre in their style activism.

We encourage everyone to follow the advanced style influencers’ consumer activism journeys on Instagram by engaging with the hashtag #advancedstyle.

Ela Veresiu is an Associate Professor of Marketing at York University, Canada. This article is republished from The Conversation under a Creative Commons license.