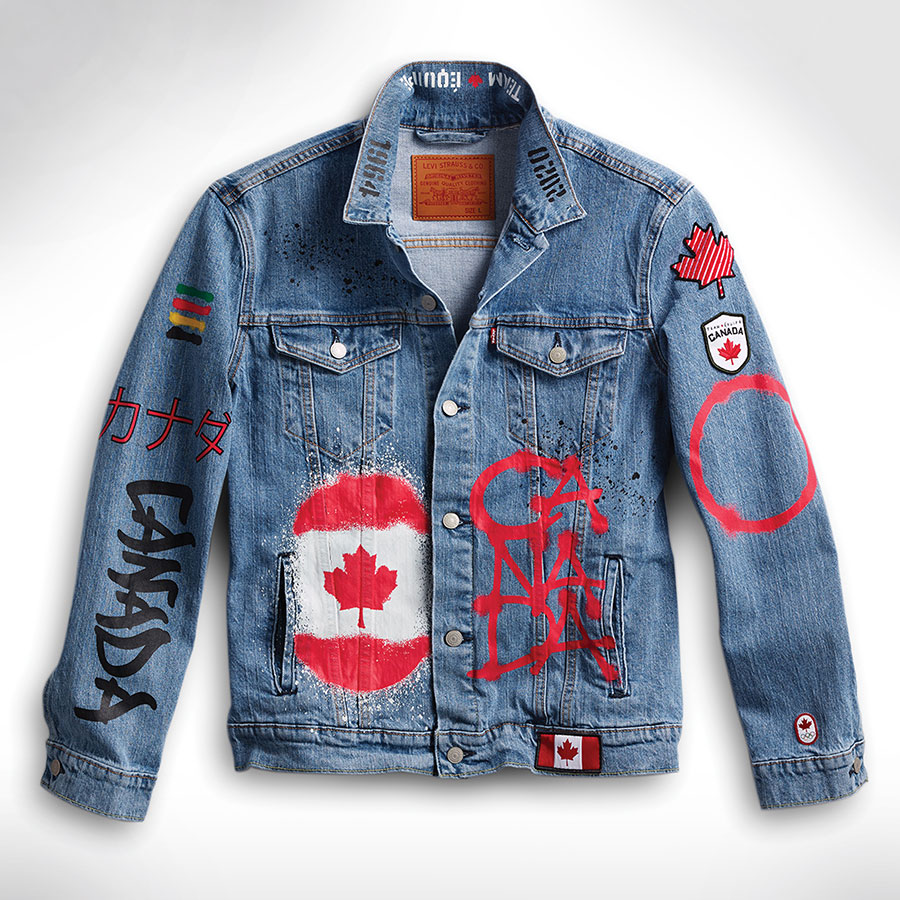 The athletes repping Team Canada, led by flag bearers Miranda Ayim and Nathan Hirayama — a basketball and a rugby player respectively — entered the opening ceremonies of the Tokyo Olympics wearing traditional red athletic jackets (emblazoned with the maple leaf on the back) and white pants designed by the official outfitters, Hudson’s Bay Company.  Despite taking place in the middle of a packed Olympic Stadium on a continent half way around the world, the scene felt like a quintessential maple leaf moment.

Of course, that feeling could fade in a few weeks. Nathalie Atkinson sizes up the much-maligned “Canadian tuxedo” look that awaits our athletes for the closing ceremonies.

How Team Canada’s “Canadian Tuxedo” Stacks Up Against Previous Looks

For the Tokyo Olympics, Italy has Armani, France has Lacoste and Team Great Britain, previously dressed by Stella McCartney, is kitted out by mod heritage label Ben Sherman. But for the closing ceremonies, Canadian Olympic and Paralympic athletes will wear a take on the “Canadian tuxedo” designed by Hudson’s Bay Company.

Yes, the star of our closing-ceremonies uniform is a denim jacket paired with snug white jeans. The trucker jacket is a reprise of London 2012, when Team Canada wore a version festooned in patches, with shapeless khakis, like an accidental riff on Casual Friday.

The collection is touted as “fashionable and unapologetically Canadian,” but graffiti is more culturally associated with New York City than Canada, not to mention Team Canada’s key pieces are a collaboration with Levi’s, a quintessential American brand. Even putting style (and national pride) aside, form has to marry function, and a denim jacket seems ill-suited to the intense humidity of Tokyo’s summer climate.

Calling up the hits and misses of Team Canada garb over the decades (bucket hats for Sydney 2000 and flamboyant tropical prints, straight out of Carlton’s Fresh Prince of Bel-Air closet, for Barcelona 1992), it’s tempting to posit that we’re better at dressing for winter.

Remember when Roots’ red-fleece flat cap took Nagano by storm in 1998 and delighted Prince Charles and Prince William? Yet, for every HBC shearling trapper hat (the must-have item at Turin in 2006), there are duds like the red overcoats with a western fringe and matching white-felt cowboy hats at the 1988 Calgary Olympics.

The Olympic Games are about excellence in sport, but athletes are also ambassadors in a global runway fashion show, where sartorial reputations are just as much at stake as medals.

A version of this article appeared in the June/July 2021 issue with the headline “Winner Circle?”, p. 14.