Remembering André Leon Talley, a Man of Wildean Flair Who Rose From the Segregated South to Become One of the World’s Most Revered Fashion Icons 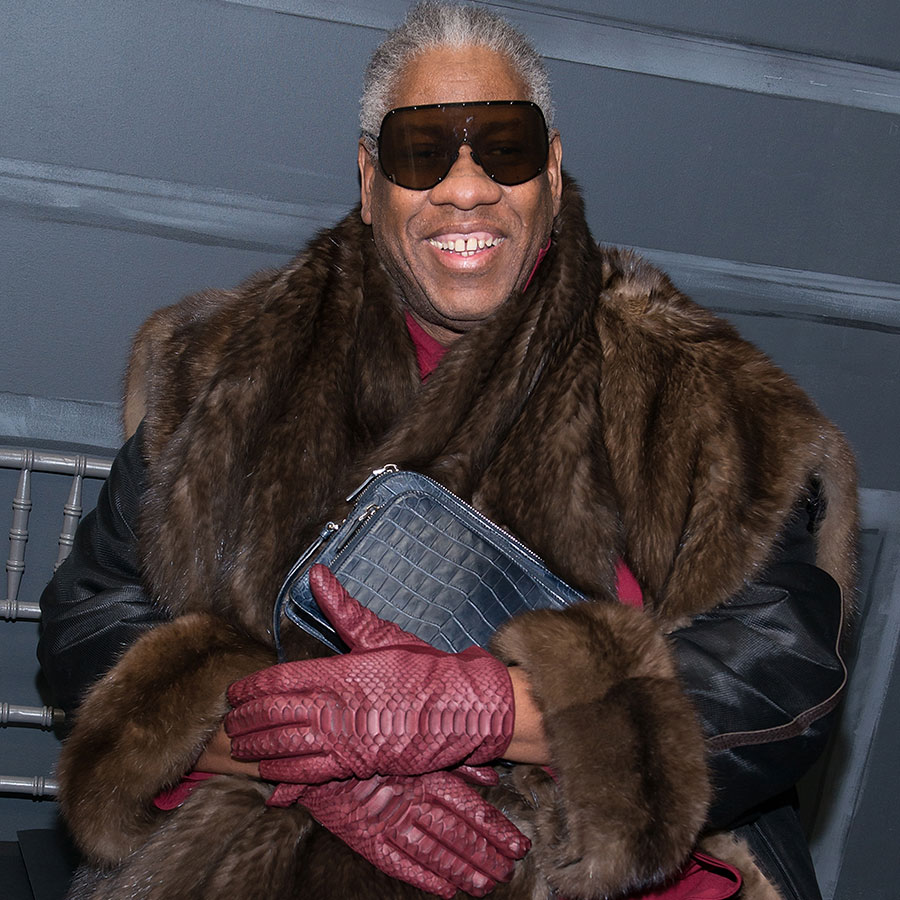 André Leon Talley, seen here in 2014, was a fashion oracle who fit in everywhere from New York's Studio 54 to the fashion runways of Paris to the Oxford University Union. Photo: Michael Stewart/WireImage/Getty Images

Words did not elude him.

A tailor of fine pronouncements — and they were pronouncements — André Leon Talley wielded a Wildean flair, but one that really did sprout from the deepest of learning, and life-long understanding of style, film, politics, and culture.

Mourned, as he will be this week for his larger-than-life fashion persona, his caftans and his je ne sais quoi, what immediately struck me about the icon, after learning about his sudden death at 73 on Tuesday, was this: we just lost one of our last great orators and thinkers.

“I would go around my high school taking about CZ Guest (the famous New York socialite) while other kids were talking about the prom, or something,” the Vogue alum cooed to me, at one point, during an hour-long conversation on the phone just last year, discussing his most recent memoir, The Chiffon Trenches.

Reaching back in time, as his book does — to the front porch of his grandmother’s house in the segregated south when growing up and, later, his stint at Brown University, where he studied French Literature — Talley was talking about his love of reading. Oh, and the beau monde — a world only initially imagined from magazines but that sat on his tongue like madeleines once did for Proust. Like one of those classic tape recorders where you need only press play to get him going, he had opinions on everything and everyone.

It is no coincidence, perhaps, that a fabulous documentary about him, from a few years back, was called The Gospel According to Andre. Emphasis on the gospel. See, this is the thing: there are some who have erudition and life experience, but not the gift of expression, and some who have expression, but none of the other. But Talley had it all. In spades. Chiseled sentences. Bulbous judgements. An instinct for drama, and a hint of mischief.

The kind of fashion oracle, after all, who was even invited to address the Oxford University Union in 2013 (where he waxed on “the cult of the ugly shoe,” among other subjects.)

“I did not expect Diana Vreeland (the one-time legendary editor of Vogue) to give me unconditional love. But she did. It was a liberation,” he veered, at one point, during our call, telling me about his earliest days in New York City.

“I had gone to work for her at the Costume Institute (started by Vreeland, at the Metropolitan Museum of Art, which, alas, also gave birth to the Met Gala), and she then recommended me to Andy Warhol. She insisted he hire me at his Interview magazine. It was an elegant place. Art deco posters. Beautiful typewriters. I started off taking messages — I would deliver messages to people like Fran Lebowitz. My big story break came with Karl Lagerfeld in 1985! He was a great mentor. A fabulous man.”

Soon enough, he fell in with the Studio 54 crowd. “I was there for opening night and I was there for closing night. I knew Steve Rubell very well and without Rubell or Ian Schrage (the two co-founders), there would not have been a Studio 54. They were its geniuses. As soon as they launched the club, it was the talk of the town. It had a freedom, a pure energy … an authentic place to go where you could meet drag queens as well as actual princesses.

“I never needed to stand behind a velvet rope – thankfully!” he went on to quip. “Everyone was there — from Diana Ross to Margaret Trudeau. Liza was there. Grace Jones. Halston was there at least three nights a week. He was a very glamorous man. It came at the tail end of the 70s — a very strange decade for both New York and America. It became so extraordinarily popular. Then it turned into a spiral of downward decadence.”

It was only upwards for Talley though. Eventually becoming editor-at-large at Vogue, and the right-hand to Anna Wintour, he was a front fixture — that six foot seven inch African-American surrounded, more often than not, in a sea of white. Here, there, and Marrakesh, he was all over the world; chummy with all. It was a four-decade stint at Conde Nast that included no shortage of landmarks — including his interview with Michelle Obama after she became First Lady and one extraordinary shoot that cast Naomi Campbell as Scarlett O’Hara for Vanity Fair, inverting the racial dynamics of Gone With The Wind.

When I asked Talley what he would like to say about his life, looking back, he put in these so many words: “I have survived. It has to hard achieve anything as a Black man — especially a Black man in fashion when I started. I came from a culture of brutality, racism. I was also serially sexually abused — it created some of survival instincts. I am proud to talk about it. Three years ago, I would not have talked about it. I was also lucky in that so many people gave me chances — John Fairchild, Anna Wintour, Andy Warhol. They saw something in me.”

And while the man could certainly be mercurial — as great characters often are, judging by some of the grievances he airs in his recent memoir — he was more wistful than anything else on the day I caught him. The memory of his grandmother — who raised him, and was a maid — sustained him.

Remembering her love of hats, and the great style she exposed to him in the Black Church, he told me she had been his greatest inspiration. When asked what he had taken from her, he put it simply: “Empathy and human kindness. To demand respect and treat others how you want to be treated.”