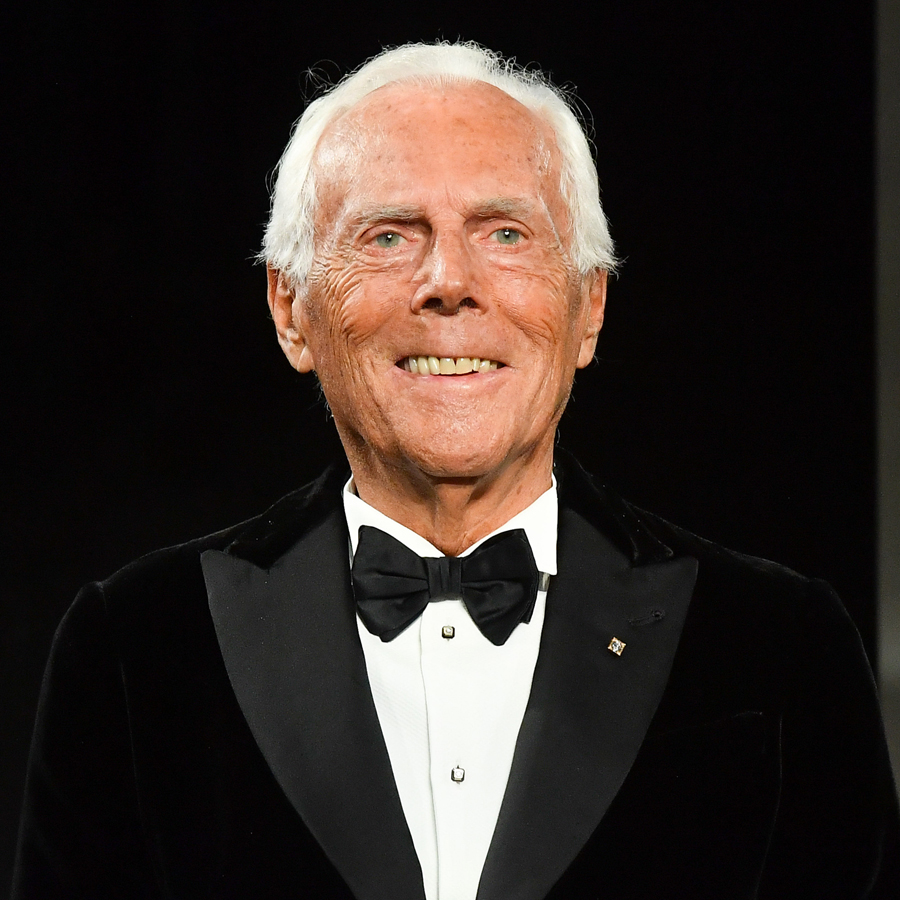 Designer Giorgio Armani has been appointed by the United Nations' World Tourism Organization (UNWTO) as a special ambassador for tourism to Italy. Photo: Stephane Cardinale - Corbis/Corbis via Getty Images

Giorgio Armani, the Milan-based fashion designer, has been appointed by the United Nations’ World Tourism Organization (UNWTO) as a special ambassador for tourism to Italy in an effort to help restart tourism in his home country after the devastating toll COVID-19 took on the country.

And who says you have to be a fresh-faced twentysomething to be a spokesperson these days anyways? Mr. Armani turns 86 on July 11, and is also joined by one of the country’s top chefs, Gino Sorbillo, 46, who is revered as the best pizza maker in Naples — that heavenly, thin-crust Neapolitan pie that’s now beloved the world over.

Fashion and food. Style and sustenance. Two of the most powerful gifts the Italians have given to the world. Food brings us together, no doubt, but no other embodies that made-in-Italy fashion sensibility like Giorgio Armani. Since 1975, he has been synonymous with Italian style and remains a leader in the design arena — still coveted as “who to wear” on the red carpets by both men and women while his cosmetics and fragrance lines continue to grace the faces of those who understand luxury and good quality ingredients.

According to the UNWTO, in his new role, Armani will draw on his status and influence to promote the work of the United Nations agency for responsible and sustainable tourism. There’s a business angle at play here, as well. As leaders in fashion and in gastronomy, says the UNWTO, Armani and Sobrillo represent two of Italy’s biggest economic sectors and two of the industries that contribute to making the country a global tourism leader.

“Each year, millions of people visit Italy to enjoy its culture, its fashion and its gastronomy,” says UNWTO Secretary-General Zurab Pololikashvili. “In return, tourism supports livelihoods and economies and helps preserve this Italian culture.”

As UNWTO Special Ambassador for Tourism, notes Pololikashvili, Armani can help amplify UNWTO’s messages of the power of tourism to create opportunities and drive growth.

“I am genuinely pleased to have been honoured in this way by an organization that believes that people should be encouraged to see the beauty of the globe in a respectful and responsible manner,” Armani said upon receiving the appointment. “It has been a sense of responsibility for our community that has helped my country through this terrible pandemic, and this too is what has driven me to play my small part in helping those engaged in the fight against the virus, and the fight against the economic challenges it has posed.”

Armani is clearly passionate about taking on his new role: “A belief in community – the global community – and an appreciation of the humanity we all share are what will help us build a better future for ourselves and the generations to come, through being mindful of the important things in life, like the preciousness of the environment and our duty to protect it. It is therefore an honour to take up the role of Special Ambassador for Tourism.”

A Nostalgic Journey to Italy, the Land of Our Grandmothers

A Musical Journey Through Italy