Highlights from the 2018 Grammy Awards: Most Memorable Moments, Fashion & More 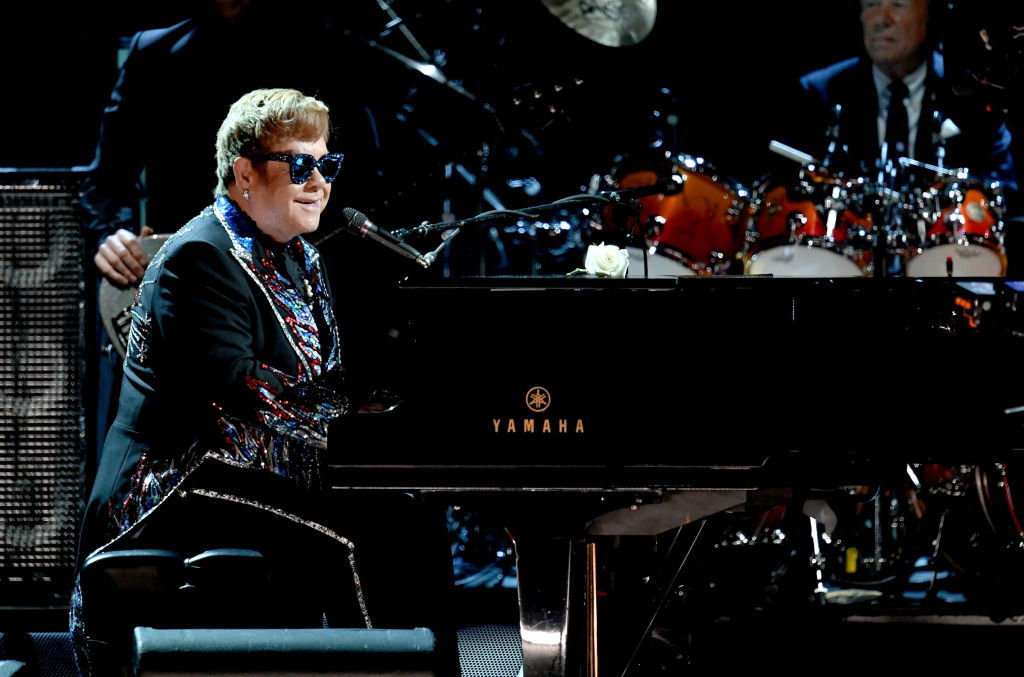 Music legends from Elton John to Patti LuPone took the stage while Leonard Cohen earned his first win at the 2018 Grammy Awards. Plus, a look at the most stylish boomers on the Red Carpet.

If the phrase “You don’t know what you’ve got ‘til it’s gone,” ever applied to a musical artist, it’s Leonard Cohen. Whenever the legendary troubadour slips out of the spotlight he manages to return with more fanfare and laurels than he enjoyed before. In the mid-2000s, he re-emerged from semi-retirement after being defrauded of his career earnings to enjoy a complete career renaissance, including multiple world tours and some of the most highly-acclaimed albums he’d ever released. And since his passing in November 2016 at the age of 82, Cohen’s enjoyed tribute concerts, a major museum retrospective in Montreal, multiple Juno wins for his final album, You Want it Darker, last year – including Album of the Year and Artist of the Year. That streak continued Sunday night at the 60th Grammy Awards, where he picked up his first ever Grammy, albeit posthumously, for Best Rock Performance for You Want it Darker, during the untelevised portion of the ceremony.

It may seem like a strange category for Cohen to land in, facing off against the likes of the Foo Fighters and the late Chris Cornell, but to Gideon Zelermyer, the Montreal cantor who, along with the Shaar Hashomayim Synagogue choir, performed on the album and share in the award, Cohen is most deserving of the honour.

“Sure, it’s such a thrill for the choir, myself and Adam (Leonard’s son, who produced the album). But, first and foremost, it’s a great honour for Leonard. His life accomplishments speak for themselves. He had received a Lifetime Achievement Award, but the one thing that he never won was a Grammy Award for his own work,” he told the Montreal Gazette. “This is a fitting final tribute for Leonard in a year that’s been full of his legacies.”

Cohen wasn’t the only 50-plus winner on a show that generally skews the spotlight toward younger artists. The Rolling Stones earned the Best Traditional Blues Album award for Blue & Lonesome while Reba McEntire, 62, took home the award for Best Roots Gospel Album for Sing It Now: Songs of Faith & Hope. Dae Bennett, 62, son of Tony Bennett, won the Best Traditional Pop Vocal Album Grammy for his efforts in producing his father’s star-studded birthday celebration disc Tony Bennett Celebrates 90 and Carrie Fisher, who passed away in December, 2016, at the age of 60, won her first Grammy, Best Spoken Word Album for the audiobook of her memoir The Princess Diarist. Meanwhile Randy Newman, 74, nabbed the award for Best Arrangement, Instruments and Vocals for his tune “Putin” and German electronic music legends Kraftwerk, an age 60-plus line-up of performers that includes founding member Ralf Hütter, 71, won Best Electronic/Dance Album for their live album 3-D The Catalogue.

And speaking of live, boomers rocked the stage Sunday night as well. Elton John, 70, who announced his retirement from touring with a three-year tour – Farewell Yellow Brick Road – last week, performed a duet of “Tiny Dancer” with Miley Cyrus, whose vocals weren’t quite up to the task of interpreting one of the Rocket Man’s signature tunes.

Broadway legend Patti LuPone, 68, who starred in the original stage production of the musical Evita, echoed her 1981 Grammy performance of “Don’t Cry for Me Argentina” with a rousing rendition in tribute to composer Andrew Lloyd Webber.

Sting, 66, performed his hit “Englishman in New York,” a fitting tune given the Grammys swapped their usual Los Angeles home base for the Big Apple and Madison Square Garden this year. He was joined toward the end by singer Shaggy, 49, with whom he’s collaborating on an upcoming album.

U2 performed a politically-infused (and pre-taped) version of their single “Get Out of Your Own Way,” from their 2017 disc Songs of Experience, while floating past the Statue of Liberty on a barge.

And musicians Jon Batiste and Gary Clark Jr. performed a tribute to rock pioneers Chuck Berry and Fats Domino, both of whom passed away in 2017, with a medley of “Ain’t That a Shame” and “Maybellene.”

The Most Stylish Zoomers on the Grammys Red Carpet

The Grammy Awards red carpet is traditionally a parade of outrageous looks. But the event which celebrated its 60th anniversary Sunday night in New York instead of Los Angeles, was a more subdued fashion affair.

In the aftermath of the recent Golden Globes all-black dress code – a stand against sexual harassment in the workplace – musicians toned down the sartorial theatrics. Some paid homage to the #MeToo movement by wearing a single white rose on the red carpet at Madison Square Garden.

But this is the music industry after all, one fuelled with stories of sex, drugs and rock ‘n roll. And the Grammys is their biggest night.  So while the young hit-makers of today relied on stylists to help them put their best foot forward, the legends in the music industry showed how personal style can effortlessly be done. Even as a sexagenarian, the singer proves that girls can still have fun – especially when it comes to red carpet dressing. Dressed in a pantsuit with a heavenly painterly print, she pumps up the pastel effect with matching hair and bustier. Mick Fleetwood, 70, of Fleetwood Mac and his wife Lynn Frankel.

Never underestimate the punch a narrow strip of silk fabric  – otherwise known as a scarf – can add to an evening suit. Especially one with an interesting print or pattern. Cinching a waist instead of a billowing loose fit is a style trick that always give the illusion of a smaller middle. But you can also achieve that with an optical illusion without the use of a belt, like the singer’s gown, which features embellishment that veers into the waistline, making it look slim and trim. The Blind Boys of Alabama

This gospel group has been touring and performing for the past seven decades, collecting five Grammys along the way. Still channelling that look musical groups of yesteryear played to perfection – a matched set – these dapper gentlemen shows that a tuxedo with a silver jacket can also be a winning formal look. It might be soft to the touch, but nothing slays quite like a velvet tuxedo jacket – especially one in a rich intoxicating burgundy. Of course, the classic black tuxedo will always cut a dashing look. Just make sure your trouser hem doesn’t puddle – it puts a ripple in that immaculate look. The 14-time Grammy winner is the rare bird who discovered her unique personal style early in her career – the bohemian look –  and made it a life long commitment. Today, young performers rely on stylists to dress them in the latest trends or designers and rarely cultivate a personal style. Another performer who has stuck with a winning look through out his career, John still takes to the stage in sparkling sequins and signature eyewear. Looking every inch the rock star, Sting sports a svelte three piece suit. But instead of a tie, he gives his outfit that air of insouciance with a rakish cravat.