It’s All Relative: You Too Can Dress & Smell Like Einstein 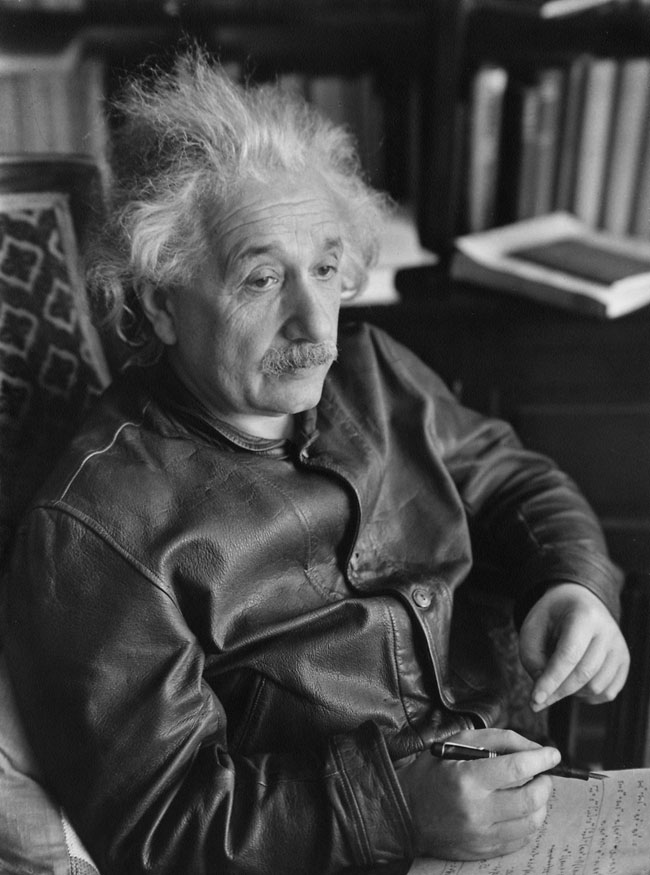 Back in the 1930s the charismatic theoretical physicist — who died in 1955 at the age of 76 — bought a leather Levi’s Menlo Cossack jacket when he came to America to escape Nazi Germany and wore it for decades as his fame grew. Einstein is most famous for his Theory of Relativity which garnered him a Nobel Prize in Physics in 1921.

The brand bought Einstein’s jacket at a Christie’s auction in 2016 and Head Designer of Levi’s® Vintage Clothing, Paul O’Neill, has been busy reproducing the look and feel of the caramel coloured coat ever since. “It’s the first time that I’ve had the opportunity to reproduce a garment that belonged to such an icon and a huge personality of the twentieth century,” said O’Neill, Head Designer, Levi’s® Vintage Clothing. “It was such an honour to reproduce Albert Einstein’s jacket. He’s a legend.”

But that’s not all. Created in conjunction with Brooklyn-based perfume house D.S. & Durga, buyers receive a bottle of scent that captures Einstein’s jacket: a blend of burley pipe tobacco, papyrus manuscripts and vintage leather and a replica of the No. 97 auction paddle that was used to bid on this historic garment. The new version (pictured below) is a limited edition – only 500 pieces were made – and is available now for $1,200 USD. Lest you fear you will look like a mad scientist minus the genius factor, the reproduction jacket is totally on trend. “I think my favorite aspect of the jacket is that it feels very contemporary,” O’Neill says. “Even though it’s more than 80 years old, it doesn’t feel like you’re dressed up in period design. It feels so fresh and current. It just goes to show how classic the products Levi’s® were producing back in the 1930s. They still feel very relevant for today.”