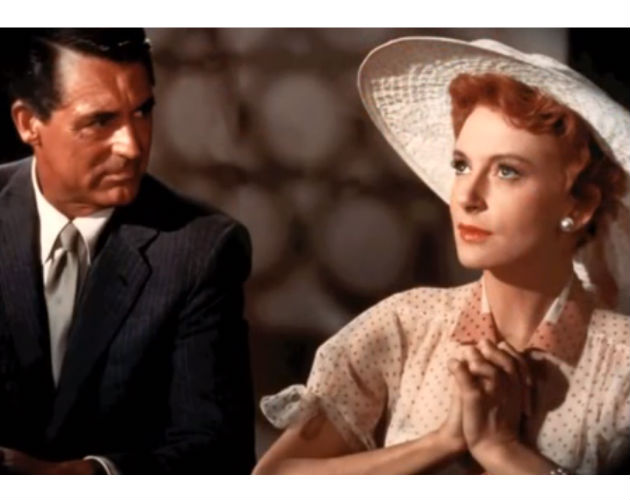 Cary Grant and Deborah Kerr in 'An Affair to Remember'

Does a comfy New Year’s eve at home curled up on the couch watching a good movie sound like your kind of night? We’re right there with you! Here, the editors of EverythingZoomer have listed some great choices for watching before, or after, the clock strikes 12.

Light the candles, break out the bubbly and celebrate with these classic rom-coms, all with scenes (usually the ending) set over the Christmas/New Year’s holidays. You may have seen them millions of times but they’re worth watching again and again: When Harry Met Sally, An Affair To Remember, About A Boy, The Apartment, Love Actually, The Holiday, or Home For The Holidays.

A great comedy is perfect for New Years. Annie Hall is a quintessential Woody Allen film. Speaking of which, any Monty Python, from Life of Brian to Holy Grail to And Now for Something Completely Different to The Meaning of Life to Flying Circus, makes us laugh just as hard no matter how many times we’ve seen them.

Dramas make for great late night watching, too. Sweeping mob dramas like the Godfather films or Goodfellas are perfect. Also, The Shawshank Redemption never gets old no matter how many times you watch it.

Full seasons of a TV series on DVD could be great too — especially if Santa just dropped them off for you. No doubt there’s lots of folks getting everything from Breaking Bad to Downton Abbey DVDs under the tree. Two of all-time favourites: The Sopranos or The Simpsons, since there are just so many classic episodes to choose from. Or if there’s a Seinfeld marathon on, you’ll know where to find us.

Our final picks all follow the same theme: movies that feature multiple story lines, just as the New Year ahead will add not one, but many new plot twists and characters into your life (at least these are dramas you can pause and step away from at will…): Paris Je t’aime, Gosford Park, and Husbands and Wives.