Confessions of a Yard-Sale Addict 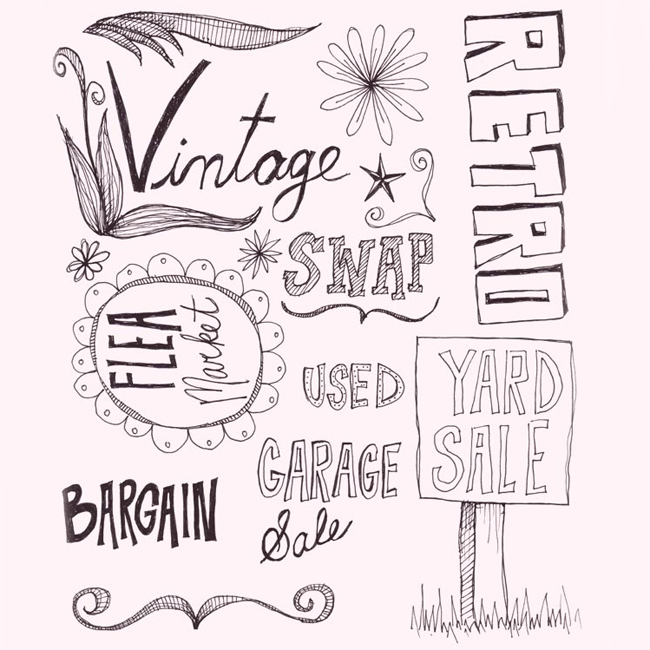 I confess, I sometimes wear dead people’s clothes. You got a problem with that?

On an otherwise aimless Saturday afternoon, my friend Ingrid – who happens to live in a condo in one of Canada’s wealthiest neighbourhoods, Toronto’s Forest Hill – phoned to let me know there was a basement sale at an Anglican church near her.

Don’t know how I’d missed it, but getting there late meant experiencing one of the great traditions of rummage sales: the fill-up-a-garbage-bag-for-$10 final half-hour. As expected, even the remnants of the castoffs of the 1% was a cut-above. I snagged practically new gloves, a Nike athletic shell, a Hockey Canada windbreaker, a cashmere scarf, and then…

It was the Holt-Renfrew label that caught my eye. A subtly rust-coloured cashmere-blend Canali jacket that looked like it had never been worn. It fit perfectly. Into the bag it went.

My wife Bianca studied fashion in college and worked in clothes-buying early on. And she was wide-eyed. She googled Canali and discovered the jacket had been at least $1,500 new. It was the kind of designer schmatta I’d admire in GQ and then laugh when I saw the suggested retail price. I’ve worn it to events since and it drew compliments and a lot of admiring fabric “feels.”

Well-heeled people like Loblaws’ CEO Galen Weston, McDonald’s Canada’s George Cohon and Barrick Gold Corporation’s Peter Munk live in the neighbourhood. So, I imagined the jacket was received as a gift by somebody who maybe didn’t like the colour or fit, and thought nothing of tossing it to charity.

All very possible. As yard-salers and estate-salers since the ‘80s, we have inherited an awful lot of dead people’s stuff at fire-sale prices – clothes, paintings, furnishings, garden pieces, objets d’art. Sometimes we come up empty, but snagging “stuff” is only part of the reason we do it. We regularly see parts of the city and neighbourhoods we’d never otherwise have an excuse to visit.

And, particularly at estate sales, we get a glimpse of lives. Recently, through an online vintage tech site, I bought a vacuum tube that brought a 1955 AM/FM radio back to life. The estate sale at which we bought the radio was full of ancient electronics, TVs, guitar amplifiers, “hi-fis” etc. (For some reason, the late owner also possessed every episode on DVD of the ‘60s sitcoms Bewitched and Get Smart.) We tour their homes and possessions and discover tinkerers, handymen (handypersons?), seamstresses (seamsters?) and fitness nuts.

Anyway, I like to think I brought a little bit of the previous owner’s spirit back to life when the 63-year-old Panasonic began playing with a warm, rich sound.

The most unexpected thing we ever unearthed from an estate sale was an envelope taped to the bottom of a drawer. It contained 10 crisp ‘80s vintage $100 bills. We’d bought the chest of drawers for one of our young sons’ rooms, and it had sat in that room for two years before Bianca discovered the taped treasure. We couldn’t even remember where we’d bought it, but I think we paid $20 for it.

Why would someone hide a thousand dollars under a drawer? It turns out hiding bits of money for a rainy day is not uncommon among the elderly. I recently helped a friend empty out her recently-deceased grandfather’s apartment, and we found numerous $20 bills slipped in and between books and CDs.

In any case, the C-notes caused a commotion at the bank, as employee after employee demanded to see the ancient paper notes.

Some of our other favourite “finds”: A plaster bust of Shakespeare (pictured above)  that – according to the paper that came with it – is one of three “studies” for one that sits in bronze at Stratford. We picked this up at the Rosedale estate sale for the mother of the actress Dinah Christie. Bianca, who is obsessed with old fabric, had repeated visits there. In action, she will chat up the relatives and ask questions like, “So did this belong to your mother? Oh, your grandmother!” (Eyes light up).

A line drawing by the late figure-skating legend/painter Toller Cranston. The seller was, “a good friend of his,” who needed the money. From the estate sale of an antique store owner, a 19th Century oil-on-board painting of dead game birds hanging, signed and in the style of the British artist Edgar Hunt (pictured above). It could be real, it could be a copy. I may wait for Antiques Roadshow to come to town to finally get it appraised.

A brand new, king size Beautyrest mattress with memory foam. Still in the plastic. The contents clear-out at this new-ish house was described as, “a moving sale.” But who buys a new $2,000 bed and then leaves it unopened when they move? Our best guess – a quick divorce (there were kids’ rooms too).

Divorce was said to also be the motivator behind a contents sale in the biggest home we ever “saled” – a 30,000 square-foot house in King City, Ontario with a dolphin-sculpture fountain out front. Judging by closets of clothes left behind, the man of the house had a 30-inch leg and a 40-42-inch waist. Tony Soprano, maybe?

And living in “Hollywood North” adds another wrinkle to our bargain hunting. “Everything must go,” prop and wardrobe sales follow the “wrap” of movies shot here and the cancellation of long-running TV shows. (A $200 Zegna shirt for $10? Got it.)

The best prop sale ever in this city was undoubtedly the one that followed the cancellation of the North American version of the cable series Queer As Folk, which ran from 2000-2005. That’s five years of wardrobe for five well-dressed gay characters and their friends (to say nothing of tasteful European furniture and housewares). The sale was held in an airplane hangar-sized warehouse in the city’s west end. Fans of the show even had the opportunity to buy clothes worn by their favourite actors (several racks of clothes were sorted by character).

It’s obviously been a while since that sale. I remember buying a pair of shoes for $20. They were Italian.