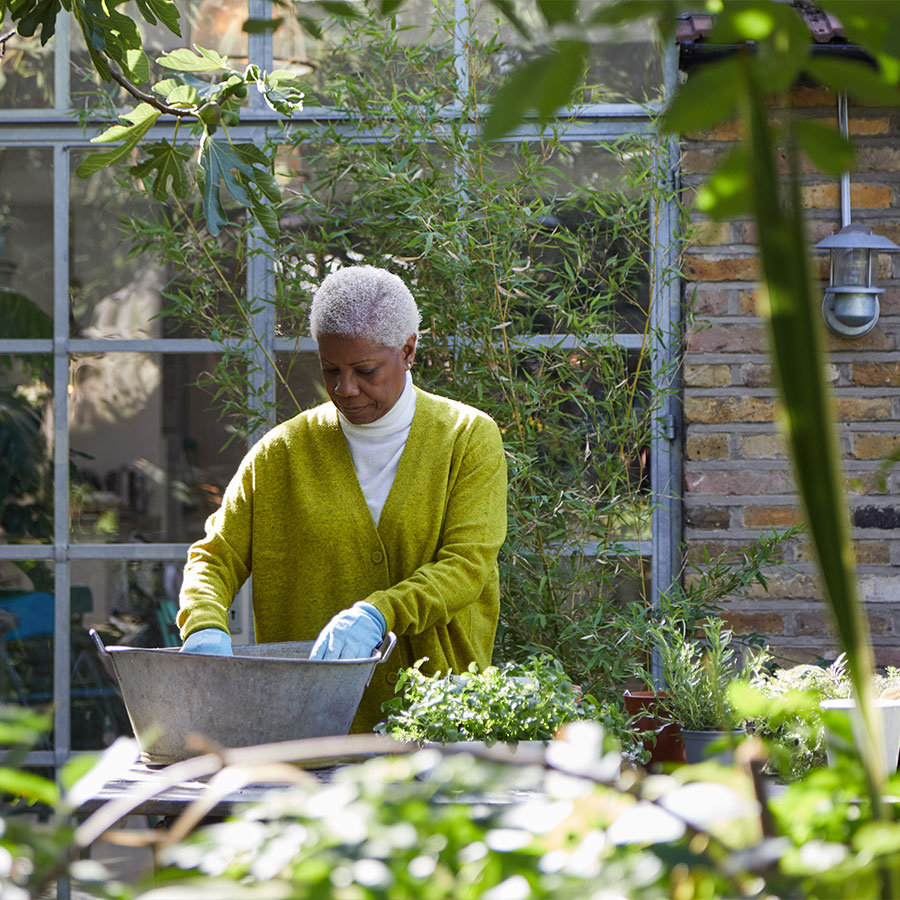 Introducing green infrastructure and more gardening to a city can improve its liveability and sustainability. Photo: Sally Anscombe / Getty Images

Part of the answer to a more functional and sustainable city may lie in your garden.

In building cities, we have created some of the harshest habitats on Earth — and then chosen to live in them.

Temperatures in cities are typically 2 C to 3 C warmer than those of the surrounding landscape. Pollution levels and noise can reach levels seen few other places on Earth. Too much drainage leaves soils dry in the heat, but the sealed surfaces of roads and sidewalks lead to flooding when it rains.

Because cities now house over 80 per cent of Canadians, their impact on the environment extends far beyond the city limits. Cities are now driving large-scale environmental changes such as elevated pollution levels, climate change and habitat loss.

We need to find solutions to creating more sustainable and functional cities. Part of the answer may lie in your garden.

Plants Allow the City to Sweat

The field of urban ecology is relatively new, but over the past three decades it has shed light on how green infrastructure — trees and other plants of greenspaces, gardens and wetlands — can offer solutions to the issues faced by urban development.

The few ecological studies done within cities prior to 1990 were based on isolated greenspaces. In the 1990s, there was a shift from studying ecology in cities towards studying the ecology of cities, where the entire city was seen as a coherent, functioning ecosystem, which led to the interdisciplinary field of urban ecology.

Urban ecology helps us understand how and why green infrastructure provides ecosystem services — the specific benefits provided by components of the ecosystem — that improve the livability and sustainability of urban areas.

For example, vegetation lowers the temperature of the city by 1 C to 9 C. This is not only a matter of providing shade — transpiration from the leaf surface area allows the city to sweat. Leaves also slow down raindrops, and roots allow rain to infiltrate the ground, reducing surface runoff. Further, the foliage traps particulate pollution and reduces noise.

The Importance of Plant-Based Solutions

The importance of this can be seen in cities across the United States, where the link between demographics and urban planning has been well-studied. Decades of limited greenspace development in neighbourhoods dominated by people of colour have left these areas both warmer and less liveable than those of adjacent, whiter neighbourhoods. Differences in vegetation cover have become a driver for socio-economic and racial discrepancies in well-being.

The addition and maintenance of green infrastructure is now central to urban planning in most cities. This includes planting trees and bushes, naturalizing parks, restoring wetlands and promoting other forms of green infrastructure such as green roofs. Some cities, including Edmonton, have launched goat programs to control noxious weeds.

How to Garden For Your Community

The best decisions on how to garden for ecosystem services and healthy habitat depends on what you are trying to achieve, but some approaches transcend most objectives.

Sealed surfaces such as concrete or asphalt are the bane of urban development. They increase heat retention and surface runoff, and are inhospitable to almost all organisms, contributing to the low biodiversity seen in some urban areas.

Breaking up sealed surfaces and planting vegetation improves biodiversity, flood mitigation and cooling. The extent to which vegetation modifies the micro-climate varies with plant composition and structural features.

Arthropods — such as beetles, spiders and centipedes as well as butterflies, bees and other insects important for pollination — were more abundant and diverse in areas with more plant varieties. Flower meadows had an approximately 50 per cent higher arthropod richness than lawns.

Your neighbour’s lawn might be greener, but your overgrown shrubbery likely provides better habitat for arthropods and other animals, and ecosystem services such as heat reduction and water infiltration.

Urban Greenspaces Can Be a Refuge

The value of gardens as biodiversity refuges relates to a concept called functional diversity. This is a measure of how many different functional groups that are present in a habitat. A functional group is a set of organisms that share key characteristics such as food choice, reproductive strategies and behaviours.

With vegetation, a high functional diversity implies that there is a variety of different types plants present — grasses, other herbaceous annuals and perennials, bushes, broad-leaved trees and coniferous trees.

Gardens with high functional diversity excel in most ecosystem services. The multilayered canopy and root systems are more effective in promoting water infiltration into the soil. Deeper roots allow transpiration during hotter days. And a greater functional diversity of plants tends to result in a greater variety of animals living in the garden.

Because of this, properly managed gardens can replace the habitat lost due to urban development, making urban greenspaces increasingly important as refuges for native biodiversity. Planting functionally different and, ideally, native species that extend the period of flowering and fruiting throughout the growing season provides excellent habitat for pollinating insects, birds and other animals. The biodiversity of gardens managed for habitat improvement can match that of natural areas.

If you own a garden, you own one part of the solution to creating liveable and sustainable cities. It is up to you to choose what to do with it. The choices you make will affect the urban ecosystem you are part of, determine how your city functions and how it interacts with the surrounding semi-urban, rural and wild areas.

Karen K. Christensen-Dalsgaard is an Assistant Professor in Plant Biology and Urban Ecology at MacEwan University.

Gardening With Arthritis: 11 Tips to Tame the Pain

The Way of the Gardener

The Connection Between Gardening and Happiness