Is It a Wad of Gum on the Floor or Is it the Messiah? 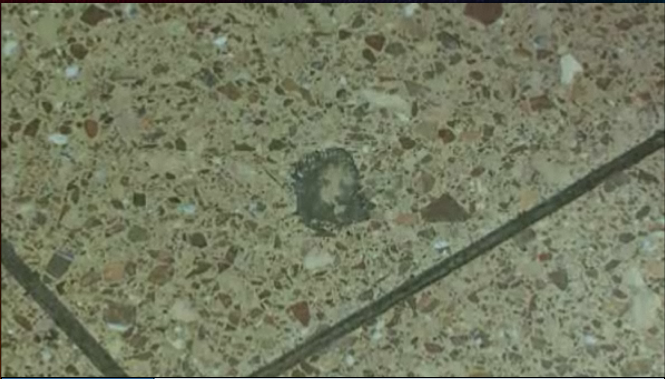 Now, I’m not saying that what is likely a piece of gum or a stain on the floor of a Phoenix Airport couldn’t, in fact, be a vision of Jesus Christ.  But let’s be honest – reports of people having seen the image of Jesus Christ appear in random objects are almost as old as the Bible itself (the Shroud of Turin being perhaps the most famous example).

I know what you’re saying: “Mike, I know I saw Jesus in that Cheeto that one time.”

Or “Mike, don’t you dare tell me that wasn’t the Messiah’s likeness on the underside of my turtle’s shell.”

Well, hey, who am I to say that the second coming of the Son of God didn’t take place on a turtle’s tummy? It’s just that, after all of the biblical build-up, it seems a little unlikely.

The same goes for this Phoenix Sky Harbor International Airport sighting. Some people truly want to believe the smudge on the floor is Christ. The end of the above video clip even notes that while some believe it’s just gum, the floors are cleaned every night.

Still, if faith in something like this helps get you through the day and brings you some joy, then more power to you. Trust me, as an Italian boy raised Catholic, I want to believe it’s a heavenly sign. But as a grown man who’s done his fair share of travelling through airports, I have a hard time believing that a Messiah who could return anywhere would choose one of the busiest airline hubs in the U.S. If you thought the Romans in the Bible were bad, you haven’t seen airport security at some of these places. If I’m the Messiah returning to Earth, I’m landing somewhere far away from the reaches of FAA guidelines.