“J” is for “Jail” In New Sesame Street Learning Series 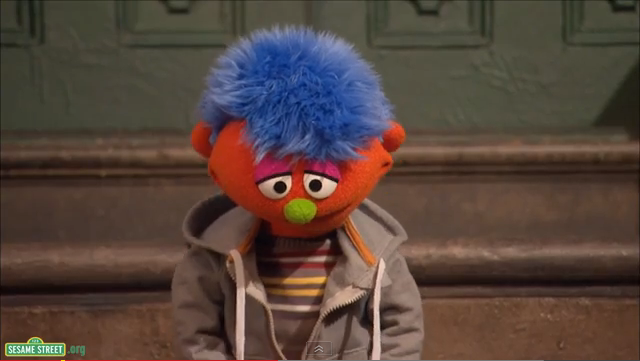 Remember when Oscar the Grouch was the worst offender on Sesame Street? As it turns out, the neighbourhood’s a lot rougher than it was when you were a kid.

In fact, Sesame Street recently introduced little Max, one of the area’s newer and youngest residents, who has a father in jail. He won’t say why – “I don’t like to talk about it, ” he admits in a somber voice – which in a weird way makes you want to know what the offense was even more.

Regardless, with one in 28 American kids with a parent in prison, youngsters in the U.S. have bigger problems than keeping up with The Count as he tallies how many bats are flying past the window of his castle.

The Max character is part of an Internet series called “Little Children, Big Challenges” that “has broached other tricky lessons relating to divorce, hunger and military deployment,” according to the New York Daily News. The series is designed to help kids understand and cope with similar situations in their own lives. And, of course, there is hope among some that its impact will stretch beyond America’s living rooms.

“The goal of these materials is not to normalize parental incarceration,” Tanya Krupat, the Osborne Association’s New York Initiative for Children of Incarcerated Parents program director, told the New York Daily News. “It’s great to focus on those children immediately impacted … I want to see these materials affect policy.”