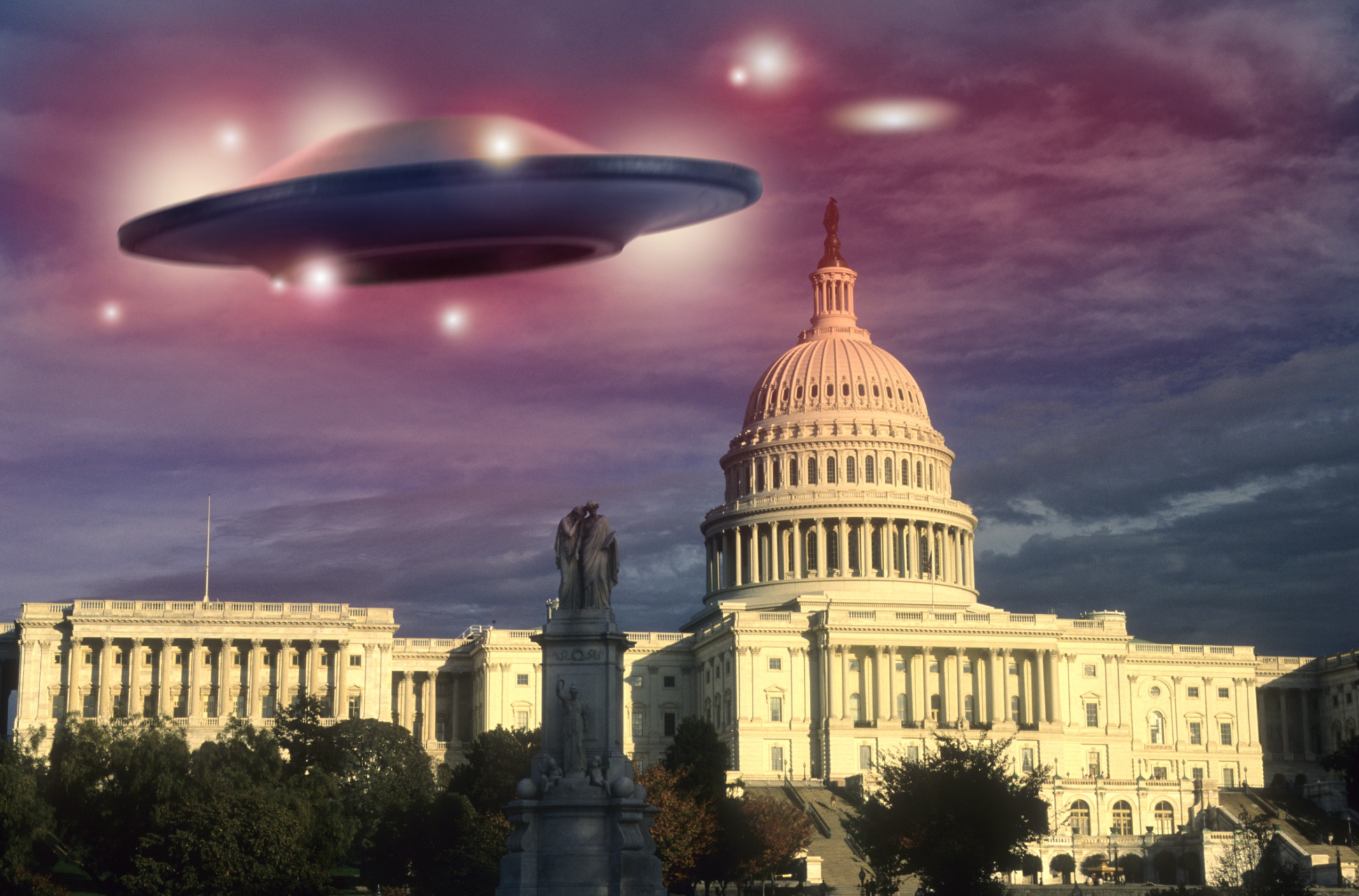 What’s the expression for people who claim they’ve had personal encounters with extra-terrestrials (ETs)? Paranoid? Kooky? Minister of National Defense?

Yes, our nation’s favourite UFO cheerleader Paul Hellyer, 89 – who served as Canada’s Minister of National Defense under Lester B. Pearson and Minister of Transport under Pierre Trudeau – is back on the alien bandwagon, explaining his beliefs before a disclosure hearing in Washington D.C. this past May.

“(There) are live ETs on earth at this present time, and at least two of them working with [the] United States Government,” Hellyer claimed in his statement. Well, that explains Sarah Palin.

Meanwhile, we can only imagine Donald Trump’s response to this news, demanding President Obama’s birth certificate to prove he wasn’t born in the Andromeda star system.

Speaking of star systems, Hellyer also discussed his belief in various species of aliens from a variety of systems – in particular, four groups that he says have touched down on our planet for millennia, including one called the Tall Whites that live up to 800 years.

Hellyer’s belief in ETs is well documented, and in 2010 he even defended them when famed astrophysicist Stephen Hawking warned of an impending invasion.

Of course, he’s hardly the first famous statesman who’s gone public with his extra-terrestrial convictions. Former U.S. presidents Jimmy Carter and Ronald Reagan, Soviet leader Mikhail Gorbachev, and others have admitted to believing in their existence or, in some cases, even making contact with them.

Closer to home one of Canada’s most beloved actors, Dan Aykroyd – who played the patriarch of an alien family in Coneheads, hosted the Canadian sci-fi show Psi Factor: Chronicles of the Paranormal, and the man behind the documentary film Dan Aykroyd Unplugged on UFOs – makes no secret of his belief in aliens.

“I had a high-altitude sighting with three other people, and it definitely wasn’t a helicopter (or) a jet,” he told CNN’s Anderson Cooper.

If you think all this alien talk is silly, you may be right. Or, you may be part of the far-reaching “Cabal” Hellyer claims essentially controls the western world and is covering up evidence of aliens. Just kidding…but we have our eyes on you.

It could be worse: British city councilor Simon Parkes claims to have fathered an alien love child with an extra-terrestrial mistress. And you thought Toronto was the only place where the local politicians might be smoking crack.