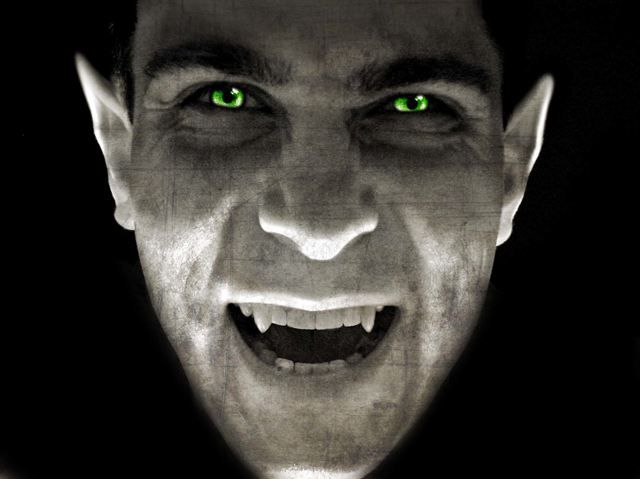 “Ve vant…to suck…your blood!!” was likely never spoken by the cluster of suspected “vampires” whose graves were unearthed by a construction crew near the Polish town of Gliwice.

Yet whoever buried these poor souls – their head’s chopped off and placed between their knees like some torturous yoga pose for all of eternity – believed they were indeed liable to return from the dead in vampire form. And we’re not talking the shirtless, broody, moody, Robert Pattinson variety, nor the bedroom-creeping Bela Lugosi brand, nor even the ghoulishly delicious cereal spokesperson type. We’re talking honest to goodness, real-life, bloodsucking, life-draining, village-terrorizing vampires.

In Europe, as far back as the 1500s, suspected vampires were often subjected to a number of burial practices to ensure they wouldn’t rise from the dead, including being stuffed six feet under with a stake through their chest, or “burying (or re-burying) the bodies face-down and decapitation, which often included stuffing the severed head’s mouth with garlic or bricks.”

Sounds pretty gruesome (especially the “re-burying” part), but it was the price you had to pay if you didn’t want the undead suckling on your blood.

Today, films like the Twilight series have watered down the image of vampires to the point that the only thing we fear from them is that they’ll sit down next to us at a bar and start blubbering on about the deepest yearnings of their souls.

Still, that doesn’t mean real vampires aren’t (still) among us. Take, for example, this website that serves as an online home for authentic blood-suckers, and “not made for poser vamps, close-minded people, or those who think that they are, or claim to be a vampire because they think the spirit of a vampire entered them at some time making them a vampire.” Got it? Posers are just crazy people, and there’s no room for them here.

And lets not forget the whole “Nicholas Cage is a vampire” thing, though the idea of parasitic bloodsuckers in Hollywood (I believe the correct term is “talent agent”) is old news.

The story really makes you think, though, about how superstitious and ritualistic people in past centuries could be. Let’s hope we never succumb to that brand of paranoia-infused lifestyle again.

Knock on wood and fingers crossed.