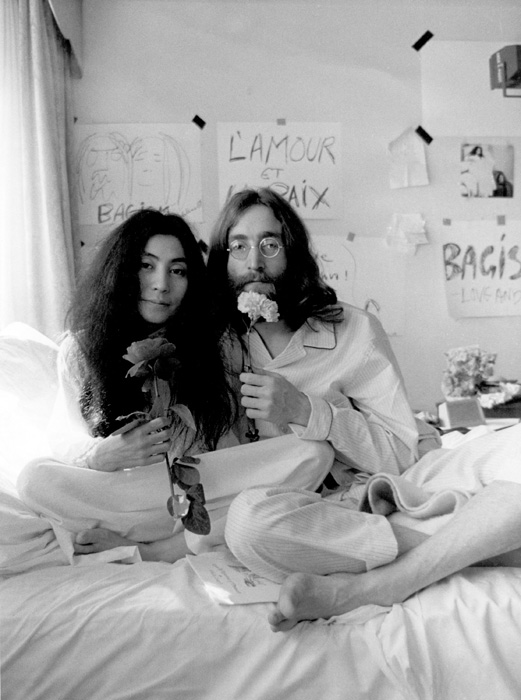 Holograms of deceased singers performing at concerts? Pfft! That’s so 2012. The future, my friends, is clones. Or so one dentist in Alberta seems to think.

Dr. Michael Zuk reportedly bought a decaying molar that once resided in the mouth of rock legend John Lennon, pulling the tooth, so to speak, at an auction for $31,200. The tooth is now at Penn State, where scientists hope to sequence the singer’s genetic code.

“Many Beatles fans remember where they were when they heard John Lennon was shot. I hope they also live to hear the day he was given another chance,” Dr. Zuk says on the website JohnLennonTooth.com.

The dentist, who apparently collects DNA of famous folk, including Lennon’s songwriting partner Paul McCartney, seems confident of the prospects of bringing Lennon back to life. After all, “With researchers working on ways to clone mammoths, the same technology certainly could make human cloning a reality.”

We’re not sure what Dr. Zuk wants to do with Lennon if he’s successful in his cloning efforts, but regardless, who’s to say that the new Lennon would take to music, or activism, or share any of the original’s traits? What if he prefers working nine to five as a civil servant, foregoing the lofty Dakota apartment for a modest bungalow in upstate New York? What if he has no aptitude for music and instead takes up Sudoku and stamp collecting? Worse yet – what if he votes Republican?

Evidently, this idea hasn’t been thought all the way through. Of course, it’s Dr. Zuk’s sister who, with samples of Lennon and McCartney’s DNA, put together an art installation dubbed the “McLennon” – which sounds more like a menu item at McDonald’s than artwork, so who knows how this project could end up.

Perhaps most importantly, one has to wonder what Yoko Ono, or John’s children – Julian and Sean –think of all this. It’s their husband/father’s DNA being toyed with here.

Sure, there’s little chance anything will come of this, but the words to one of Lennon’s later tunes invariably comes to mind when pondering it:

“Nobody told me there’d be days like these. Strange days indeed.”